Son Gohan, the child of Son Goku, has always been a very gifted fighter. He has not only the intellect of Piccolo, but the combat IQ of Goku, which gives him the rare ability to alter his skills mid combat. He is a walking treasure chest of power. The more he gets pushed in the corner, the faster his abilities begin to increase. Who would expect anything different from a Saiyan with a father like Goku? More like a father like Piccolo to be honest.

However, to no one’s surprise, one of the biggest upsets in the franchise would have to be Gohan’s lack of character growth after the Cell arc. It was almost as if Gohan became a background character overnight.

Let us examine his downward spiral and the potential that was underused. While also answering why and how it happened at all. Perhaps the biggest stepping stone of Gohan’s journey was his growth from a little booger with barely any combat ability, to a young boy who can fend for himself in the wilderness.

After the battle with Raditz, Piccolo abducted an unconscious Gohan in the hopes of unlocking his hidden potential in preparation for the arrival of the Saiyans. Gohan had previously been living a life of a book worm, even at the early ages of five he had his nose in the books. So when the sudden time skip from a younger him to his new and improved self came along, it was very exciting to see! 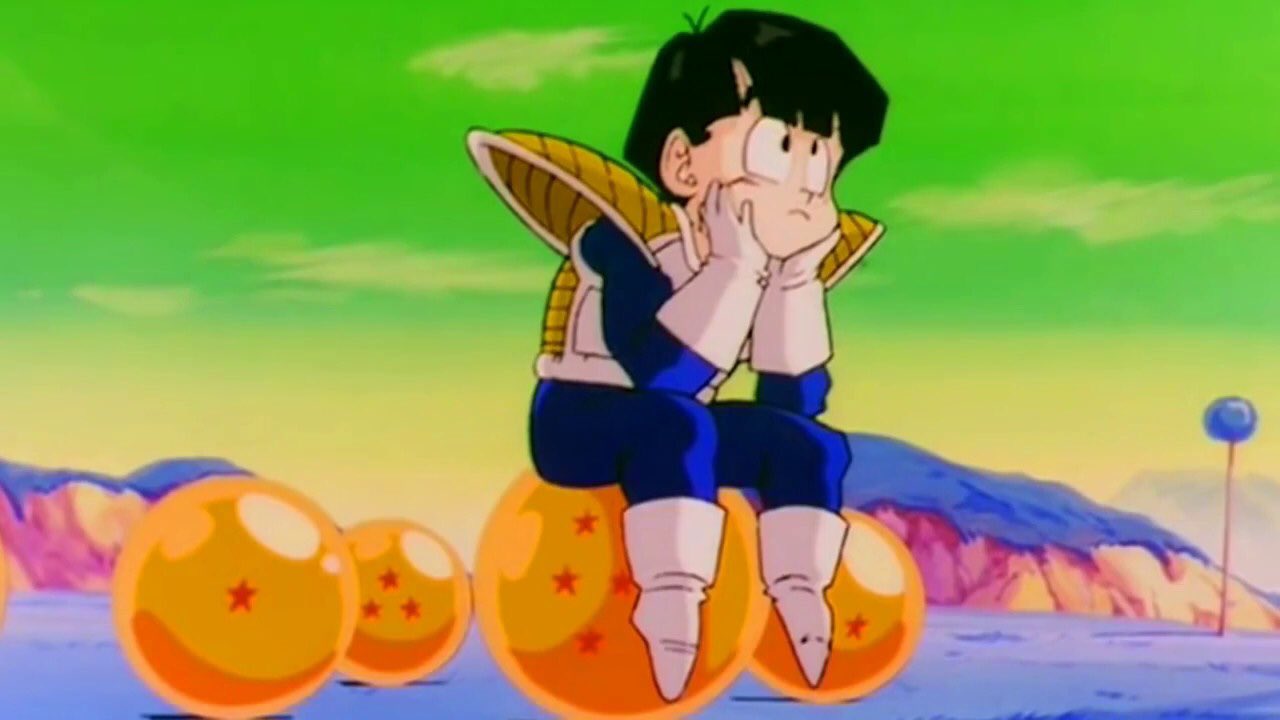 Gohan on Namek was quite the phenomena. He managed to receive a critical boost in character growth throughout it’s steady progression. He managed to unlock his latent abilities through the help of Grand Elder Guru. This would mark his official journey from a young boy to a young man.

Gohan had to outmaneuver characters that were a thousand times stronger than him, along with Krillin of course. Together they developed a surefire way to evade both the likes of Vegeta and Frieza. They also managed to collect a few dragon balls along the way, keeping them hidden from prying eyes.

Gohan during the Cell Games 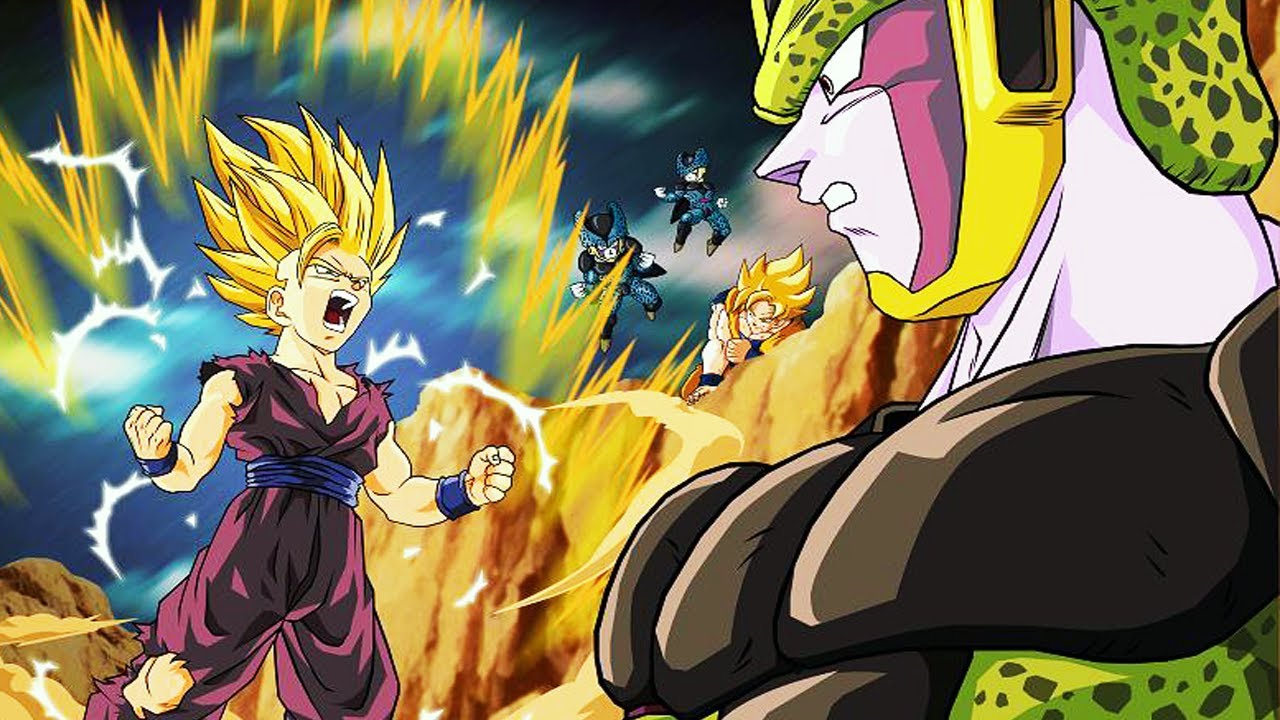 Gohan in the cell saga was an entirely different animal. He had just unlocked SSJ2 and was on a whole other playing field. This quickly became Gohan’s greatest moment and one of the most iconic fights in anime. The highly anticipated showdown from Cell and a mighty warrior was definitely worth the wait.

Gohan had learned to channel his inner powers after the death of Android 16, and boy was it something else. His anger could not be swept under the carpet, he had officially surpassed everyone, and was considered god tier before all the god stuff in the later series. After a long awaited return to combat, we finally get to see a grown up Gohan embrace the world of martial arts for another time. At last, we see a young Gohan neglecting the duties of a high school student to fight universal threats once again! It is a feeling that can only be described as an immense wave of satisfaction, but it did not last long.

In the beginning of the fight, Gohan was the very definition of fodder, barely holding a candle to Buu every step of the way. Missing punches, neglecting his blind spots, it was not a pretty picture for the young warrior. Had it not been for the Elder Supreme Kai’s intervention, his abilities would have never been drawn out enough to show his true colors.

He was able to outmatch Buu until his overconfidence led to him being absorbed, helping to further Buu’s evolution. This was a perfect example why overconfidence does not translate to the actual skill needed to actually finish an opponent.

This fight was truly a roller coaster of emotions.

Gohan after the time skip / Why Toriyama weakened him. After the Buu arc, we were introduced to a grown up version of Gohan. A scholar that took pride in his academic achievements, pushing his training schedule out of his life to make room for family and work.

We see the happiest version of Gohan in this timeline, his dreams of becoming a scholar were finally made a reality. He did what he could to develop a worthwhile career, while watching Pan become her own person in the process. Sadly, his happiness did not make the fans happy one bit.

So what could possibly be said about a once great warrior being reduced to nothing but a book worm? It is reasonable to have mixed feelings about such a sudden change. Toriyama did make it his mission to turn the stories attention back to Goku and Vegeta, due to public outcry of course. Fans did not want their Beloved Goku to be pushed to the side as his child did what he couldn’t, even if Toriyama intended DBZ to be Gohan’s show.

It is perhaps the greatest conundrum in the franchise, either weaken Gohan or weaken Goku, what could have been done? For starters, we must accept that his real dream was to be a scholar, he had just so happened to be indoctrinated into the martial arts lifestyle. Being a scholar was something he had chose to pursue, and was even shown throughout the series in subtle ways. For example, in Trunk’s timeline he had told Trunk’s it was his dream to study, so it was not just a product of an overprotective ChiChi.

All we can do is be happy with the choice he made, choosing his own path in life as opposed to what others wanted.

For spoiler reasons, any events from Dragon Ball Super has been left out of the conversation.

You’ll have to find out what happens to our favorite half Saiyan by watching it on streaming services like Funimation or Crunchyroll.