TUC5 Ways to Celebrate Halloween Without Being Offensive

Jack’O Lanterns and Pumpkin Spice Lattes all signify one thing : it’s officially Autumn. As the leaves change colors, and cooler weathers settle in, Halloween night finds itself quickly approaching. Although the ongoing pandemic has put a pin in traditional trick or treating or Halloween parties, many people are looking at alternate ways to celebrate. From movie marathons to virtual costume parties there are plenty of ways to keep the spirit of Halloween alive in the midst of a pandemic. As the country grapples with a trying election season, celebrating Halloween is a welcomed distraction. However, while you’re carrying out your selected festivities this year, here’s a reminder of the costumes not to add to your Amazon shopping cart.

Cultural appropriation is a major problem in our society. From the Kardashians to Adele, we’ve all seen the cringy consequences of someone stealing a culturally significant look or feature of another group. There’s nothing wrong with having an appreciation of another person’s culture, but donning the clothing of another culture as a costume not only words to feed into pre-existing stereotypes for said culture, but also trivializes the culture, and the significance or symbolism of each piece of clothing. If you’re having trouble deciphering whether or not you can wear something as a costume, just go with the safer option rather than being sorry later.

Haven’t we had enough politics to last a lifetime ? So, why does your costume need to be political too? Whether your Democrat or Republican, pro-Biden or pro-Trump, save the politics for November 3rd. Trust me, it’ll save you from a lot of grief and possible arguments.

Over the years, Western societies depiction of non-Western religions has often resulted in the demonization of said religions. Instead of being respected as a real and important religion, Western media has depicted them as being satanic, evil, and dark. However, this could not be any further from the truth. Many of these religions carry strong cultural roots, and have thousands of followers to this day. Instead of feeding into Western stereotypes about Voodoo or Rastafarian by making a costume out of them, educate yourself.

If you’re a history buff like me, then history can often be the source of many costumes of prolific figures who changed the course of history. However, before deciding on being a historical figure for  Halloween, really reflect on the implications of your costume. Does your costume symbolize themes or ideologies that are representative of violence or oppression of a certain group? Has your historical figure committed acts of violence, directly or indirectly against specific groups? If yes, then strongly reconsider changing your costume to another historical figure. And remember, historically accurate does not have to mean racist and offensive.

Halloween is a widely beloved and celebrated holiday. It’s a time to dress up, consume sweets, but also to bond with friends and family. Keep your Halloween spirit alive by respectfully dressing up and safely celebrating the holiday. 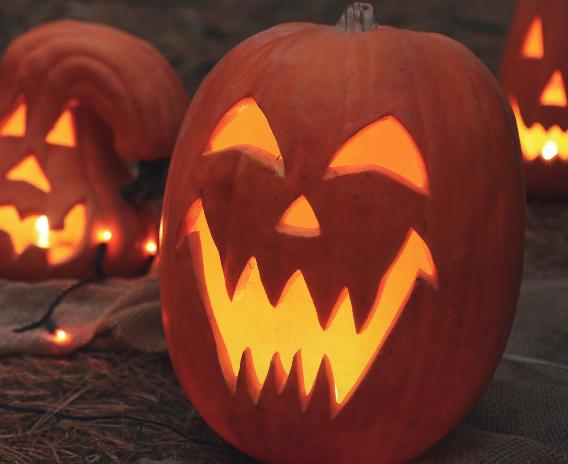 Previous ArticleTravis Scott Adds PlayStation to List of Collaborations
Next ArticleThe Swing States: Where the US Election Will be Won and Lost
NIPSEY HUSSLE TUC RECAP