Atlanta United Holding It Down for the City

Atlanta has had quite a few sport teams throughout it’s history, but none have ever brought the city home a national championship, however, that might just change with the recent addition of the Atlanta United MLS team. This season seems to going great for AU…not only are they winning, but they’re setting record across the board.

Due to the popularity of MLS, a lot of people were skeptical of Atlanta United’s longevity…some people even suggested the team would take way like the Thrashers once did (move states), or eventually fizzle out, however, since coming to the city, Atlanta United has been breaking MLS  attendance records by averaging roughly 40,000 fans a game!

To put crowd attendance in perspective, Major League Soccer has an average attendance of roughly 22,000 people a game, so off the bat, AU is crushing most other teams in the league, in fact, according to Arthur Blanc their current average attendance is higher than any baseball, basketball, or hockey games, which is impressive given how long each of those professional sports industries have been around.

The team has been playing magnificently and everyone around the city has noticed, so much so AU broke the MLS attendee record with a whopping 70,000+ fans a few weeks a go, which almost reaches the maximum capacity of the new Mercedes-Benz Stadium. Their success seems like it has a lot of factors at play, but one has to be their performance…the team is ranked 3rd in the current league standing and things only seem to being going upward after their recent 2-0 victory over Montreal. In addition, their preceding game against the NE Revolution, Atlanta United broke another record by putting up 7 goals without giving away a single point. 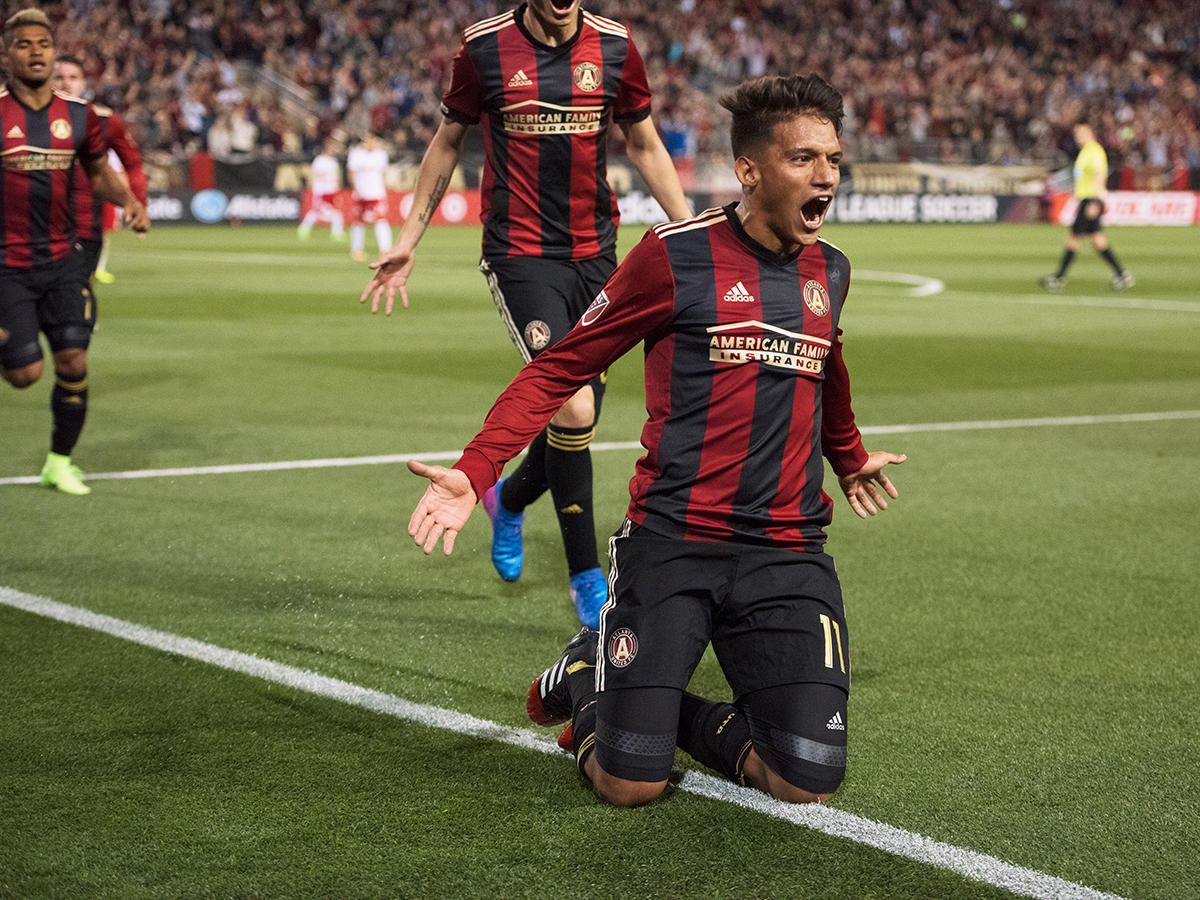 This team seems to be on the up and up, so fizzling away looks to be the last thing on Atlanta United’s mind. The city seems loyal to the team as well, before moving to the Mercedes-Benz Stadium, AU was holding games at Georgia Tech, but attendance has only gone up since the move. All around the city there are striped red and black jerseys/caps, so it seem like the citizens of Atlanta think the team is definitely becoming part of the cities culture.