TUC Next Up: Singer-Songwriter Zay’Marie, Back From a Two-Year Hiatus, Talks New Music and the Effects of a Social Media Based Music Industry

When in the midst of building a musical career, taking two years off could prove to be a mistake. Our society, since the birth of the first cellphone, has made strides to be better and faster than the previous generation. We eat fast, sleep shorter hours in hopes of passing deadlines without another thought. But, when it comes to the music industry, the push for new music can be unbearable. Despite all outside influences, R&B singer-songwriter Zay’Marie stuck to guns and did the opposite of what a rising artist should do.

Zay’Marie released two singles, “Your Love” and “If I Had My Way,” back in 2019. Afterwards, the R&B singer retreated into creative exile in order to perfect her sound. Spending days writing and exploring the realms of R&B, Zay’Marie is back to finish what she started. She’s on pace to release her first EP, Natural, sometime later this year. A little older and wiser, Zay’Marie is here to speak her musical truth with honesty and a little smooth R&B.

In this installment of TUC Next Up, I catch up with Zay’Marie for an interview about creation throw challenging yourself, the long-lasting effect of TikTok’s push into the music industry, and how graduating from a top-ranked HBCU in musical studies has its perks.

Donovan: Right off the bat, I was looking through your Spotify discography and noticed the two-year hiatus between projects. The question that keeps coming back to me is why? What happened?

Zay’Marie: Nothing really happened. I was still writing, still recording. I had written a whole project finished it and prerecorded it pretty much. In the end, I ultimately didn’t like the direction and the way it came together. That’s because, in my process, I’ll produce and then meet with a real producer to get a final sound.

Donovan: So, you tinkle around with producing while still seeking a more experienced hand? Something of a finishing touch?

Zay’Marie: Yeah, I know how, but, you know, it’s not my art. For me, I know the soundscape and the direction I want to pursue. In the end, I look for people who know how to mix that all and make it come to life. During that time period, I realized I didn’t like the way things were moving or happening. So, I figured out that I needed to take time to better understand why things were happening that way.

Donovan: How did you manage to stay committed to that creative process despite not having the fan feedback to fall back on in order to refine your work?

Zay’Marie: That’s an interesting question. I do know that not staying committed is out of the question, just because I’m always writing or involved with some sort of creative nature that encourages art. It’s a constant process. It was never a question of committing to the creative process or writing, more so, trying to commit to not releasing music until I felt it was a good representation of me. 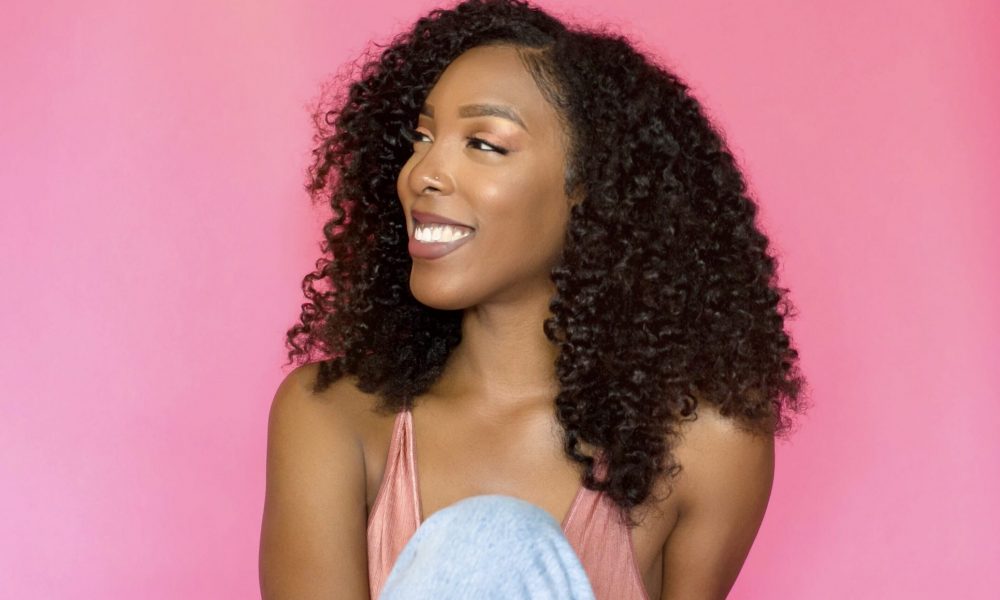 Donovan: That’s a great way of looking at it. During this age of social media and the internet, we are almost forced to, as creatives, put out a steady flow of content. If you’re not promoting your content, you run the risk of falling behind.

Zay’Marie: Yeah, that’s true. Looking at my previous work, I learned that if I’m going to do something, I have to do it right. Sometimes people may inquire about hearing a snippet of a song and I have to let them know it’s not finished. That’s what feels worse to me than not putting out anything, to put out something I don’t believe in.

Donovan: Which brings us to your comeback to the musical spotlight with your lead single, “Vulnerable” earlier this year. I mean, there must be a reason why you decide this song would be the one to mark your return. What was the process and decision behind that?

Zay’Marie: I actually wanted to release another song first, but the timing didn’t work out. My second single (Paradise) that I just released a few days ago would have served as the lead single. Ultimately, I realized “Paradise” was more suited for the spring/summer time. It just wasn’t ready by the time I was ready. Being that “Vulnerable” is a cozy song, it was better for the winter months. It feels like when you’re looking for warmth, there is a likable aspect to it. And if I was going to put it out as a single, I wanted it to be something people would fall in love with it. I found out a lot of people in my inner circle loved it and supported that decision for the release of “Vulnerable” first.

Donovan: Was there a big sigh of relief after it was submitted for publishing?

Zay’Marie: Yes, for the most part! To this day, I’m still very critical of its reception and how I feel about the track. On a positive note, I’ve seen a huge increase in my listeners and demographic. It’s my most streamed song right now. It’s really encouraging because I took my time and waited it out for this perfection.

Donovan: It’s rare to see an artist with a degree in musical studies, especially from such a top-ranked HBCU (Spelman College). Only around 10-15% of musicians have a musical degree, putting you in elite company. Do you think having such a handle of musical studies allowed you to view the industry in a new way?

Zay’Marie: Oh, absolutely! But breaking into the music industry doesn’t require higher education. It helps me better understand how things work and allows me to branch out into new avenues. In school, I studied songwriting and vocal performance. Their courses challenged me to write when I don’t want to write and explore various songwriting styles. One of the biggest advantages was the community of musicians from my time at Spelman, those connections prove invaluable.

Donovan: As the music industry sees a rebirth of sorts post pandemic, TikTok has since become a musical social hub where labels, A&Rs, and indie musicians intersect with each other. Have you taken part in the “musical gold rush?”

Zay’Marie: Yeah, I have. I’m still working on navigating the inner workings of TikTok. I’m not a very social media-orientated person so I find myself pushing to post consistent content and be more active. I’m only posting on TikTok for my music as it can get overwhelming. There’s a hub for many different hobbies and I’m looking forward to exploring more in terms of music and musical theater.

Donovan: Do you see a point in the future where the social media side of the music industry will collapse on itself?  Do you see this way of discovering artists dying down anytime soon?

Zay’Marie: I don’t. I don’t but I would like it too! I think labels spend too much time trying to force something that doesn’t align within the music side of things. Trying to force artists like Halsey into, what is, a marketing scheme in order to promote her music is stupid, especially for such a huge act as her.

Donovan: Getting back to your music, what sounds are you looking to explore for your next project? Is it an EP? An album?

Zay’Marie: It’s an EP, like seven songs. This project will lean a little more R&B. On “Paradise,” you can hear little hints of R&B so that’s something I’m very excited for. I’m looking for a more adult contemporary side of R&B, I have at least two on this upcoming project. I would classify this EP as a love album.

Donovan: As we wrap this up, I have just one last question for you. It’s something of a mission statement here at True Urban Culture Magazine, showcasing our love of music and culture. What does the term, “True Urban Culture” mean to you?

Zay’Marie: I do believe it’s the culture that comes from the people, especially black people, it’s reflective of the community and what comes from that. Whether in fashion or art, it’s how we stay connected to our roots.

You can check out Zay’Marie’s new single, “Paradise,” available on all music streaming platforms now.

Previous ArticleNew Dragon Ball Movie Reveals THIS About Gohan's Future...
Next ArticleWhat is Anime Filler and is it Worth Watching?
NIPSEY HUSSLE TUC RECAP