NEXT UP: The Princess of Compton Azjah talks about her first project, collaborations, and hip hop culture in LA.

The West Coast has a new sound with Compton rapper, Azjah making a statement with her music. Deeply Influenced by her environment, she makes it a priority to always give back to the city that helped her get into music by throwing events and donating. Coming out of the most musically acclaimed places Azjah is the Next Up out of LA.

What is your creative process when developing music?

Azjah: First, I listen to a beat or come in with something pre-mentioned already. When I listen to it, I like to have the mic in my face, I’ll mumble over the beat, then whatever is on my mind, I’ll freestyle in a mumble after I listen to it then I’ll add words to it. Sometimes throughout the day, I’ll write something in my notepad, maybe practice the song bit by bit,  then I’ll write out how I’m feeling then later I’ll put something with it. That’s how I came up with the song “Time For It”

Why do they call you the princess of Compton, and how’d you cop that nickname? 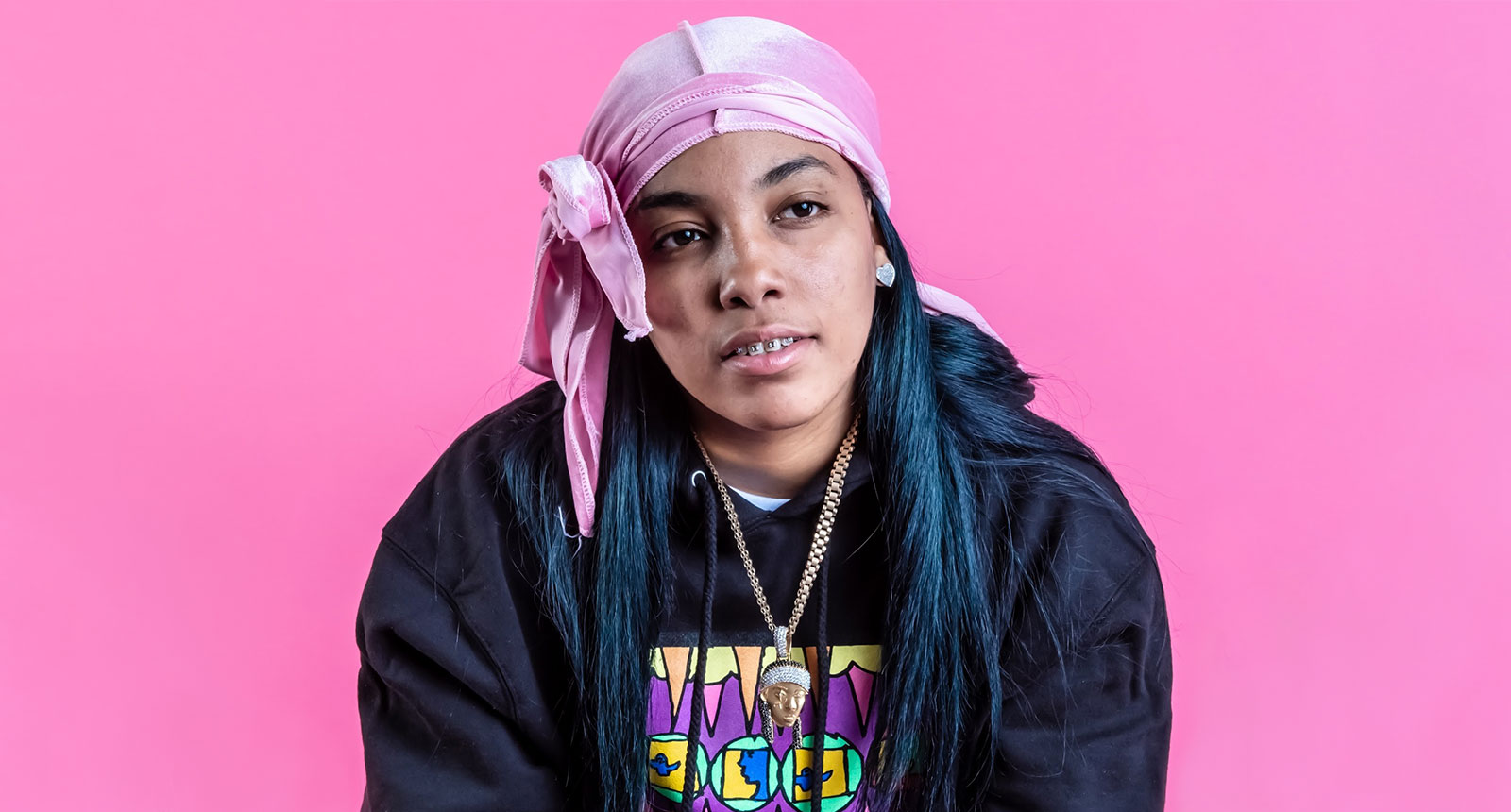 That’s dope! With that title, what’s your influence over the community?

Azjah: I have done so much so far. I redid the basketball court over there, we put new paint up, we put murals up of people that made accomplishments over there, and we got people to come to paint the floor of the court with people that went to college, professional basketball players, Taco Bell, us, and the influences of the city. When I first came out with my first project “Princess Diaries”, I threw a big block party and everyone came out. Inside the event, we had games, catering, Bre-Z from All American, and 92.3 pulled up. After that, I got into this program where we work with a sponsor group that takes donations, and we throw events at the park from back to school events, career day, thanksgiving drive, and toy drive. And I started last year, so let’s see where we go next year.

I saw you use to write when you went to school at Paramount, so when did you realize you had a talent and wanted to rap?

Azjah: No cap, I realized I wanted to rap when I was 17 and I’m 24 right now. I remember telling my best friends like mane lets start a group. I wanted to make a group like TLC and everything. They didn’t take it seriously, I kept going, but I didn’t start making music till 2 years ago. 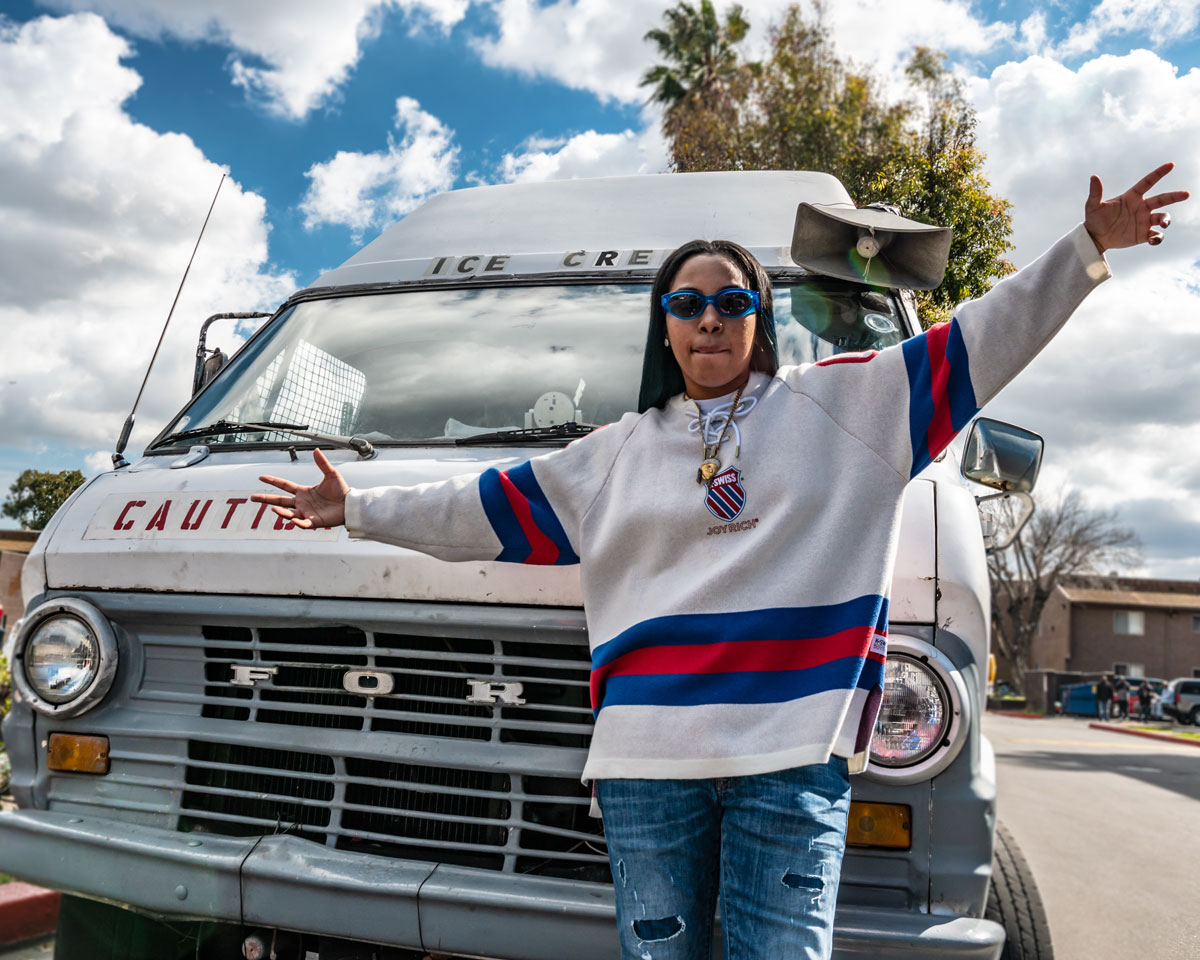 So how is the hip hop culture in LA?

Azjah: I think LA is crazy right now. Everybody has so many sounds and so many things to bring to the table. And for a long time, the South was top dog, music-wise and they still are top three to me. So right now in LA, we have a lot of people getting the attention they deserve, so imagine the underground artists that are about to come out. The culture right now is crazy, we are starting waves that haven’t been started yet, along with the bay area too.

Do you find it challenging sometimes to release music in a city where there are so many artists?

Azjah: I never saw it as a threat. I always saw us as one rather they like it or not. When people think of LA, they think of us all as one. It’s only a threat when you aren’t comfortable with who you are because when you are yourself, you aren’t worried about what the next person is doing. You can only congratulate them.

Speaking of artist, I see your recent remix “Time for it,” is getting a lot of love, how do you decide who you’re going to collab with on projects?

Azjah: A lot of times people come to me saying they want to hop on this ,but for that, I picked Shordie Shordie and Kalan. I just knew it would be an all-star team because we have similar sounds. I hope we get that million vibes this week for that song. But basically, I make sure it makes sense and think outside the box like oh can I hear this person on here. Recently, I was in a studio session and Lucci heard one of my songs and I wasn’t thinking about him being on it, but when we started talking, I was like I should put Lucci on this. So it just comes, I don’t really think about it too hard of who’s going to be on it, it’s just if I run into you, or we connect in the lab.

Did you drop something on me? We got a collab coming with Lucci?

Azjah: I don’t know mane, we met, we clicked. Shoutout to Lucci. 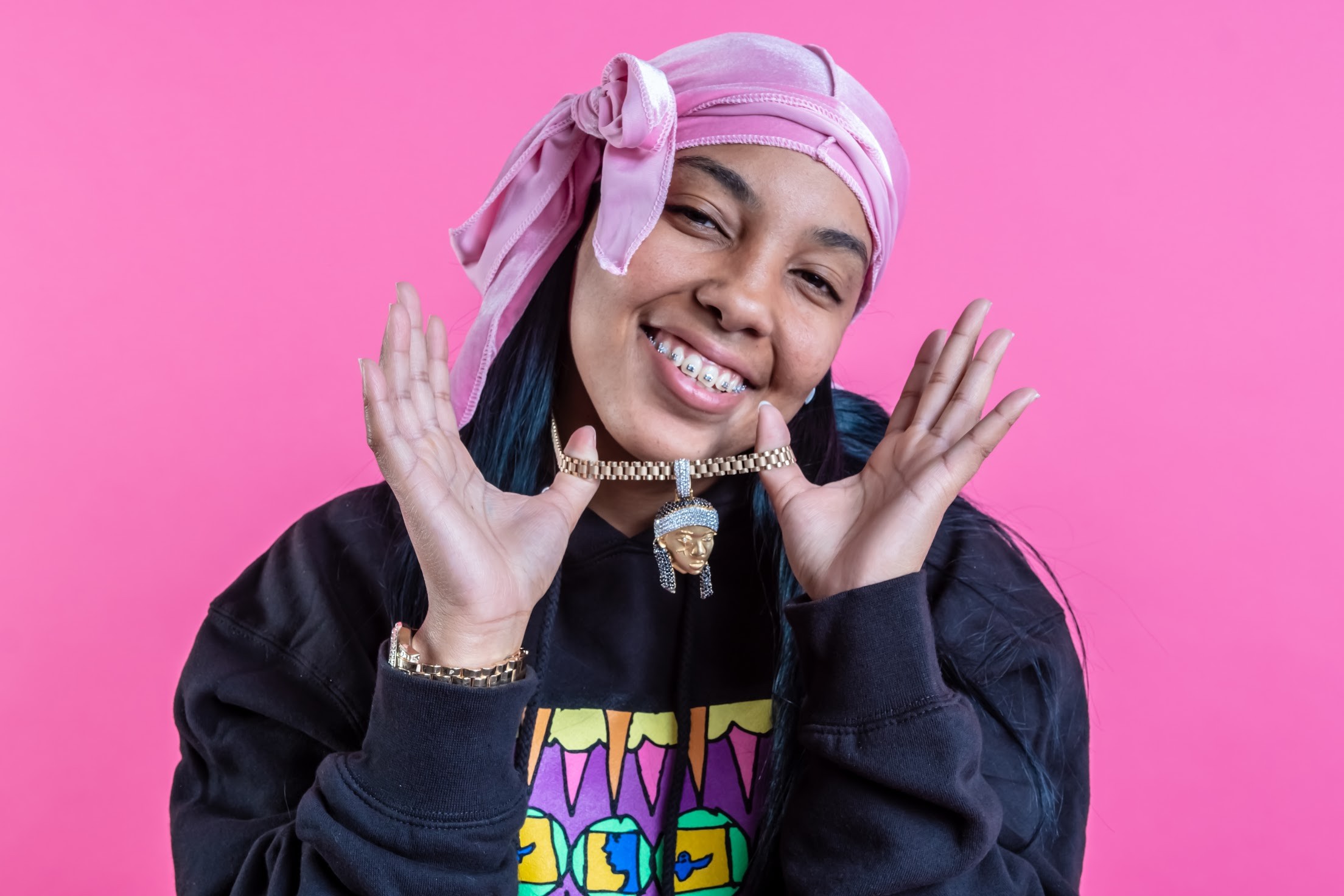 Okay, we’ll be on the lookout. What does creating music do for you?

Azjah: Creating music takes a big toll on me. I remember recently I was stuck in a bad space with how I was thinking, being down, then I went to San Francisco for a week just to go to the studio and came back a whole different person with a large weight off my shoulder. That alone tells you what creating music does to a person who’s really into it. It’s just like you just vent the good things, the bad things, and everything without communicating. I’m not really good at communicating and telling people how I feel, I’ll just make a song and probably sub that person.

Is that how it is, do you throw shade in your music? Like you know this song is about you?

Azjah: Yea, I’m throwing shade. In the “Time For It” remix, I threw shade the whole verse. I feel like that’s the only time you get a pass, you know relationships. I don’t do too much, I don’t believe in doing too much.

I read where you would go to Compton every day after school as a child, is the city a major influence in your music?

Azjah: Yea, growing up, every day I would go there. Everything I experienced in life happened over there ya know like the fights, hanging out, and my brother got shot there too. My brother was a major influence also, he’s the reason why I made my first song “The Warm Up,” it’s when he first got his sentencing and I went to the studio and made it. I don’t want bad things to happen in order for me to make music, I just think about how I feel deep down. I think about the emotions I have.

When you recently dropped your first project, what response did you get from your supporters and people who didn’t know you were making music?

Azjah: A lot of people were proud of me. Before this project, I never had a body of work done, I only had like three songs out. So it was challenging to me, and it was a lot of pressure on me. The only thing people can say is we could’ve marketed and promoted it better, but other than that, the responses were good. A lot of people are just catching up with the project. I’m a new artist so you have to let it take time, plant some seeds, and let it grow.

The vibes and sound for your new hit “Selena”, so what was the inspiration behind it?

Azjah: There is no crazy heavy story behind it. I was in the studio with my friends. I was listening to beats and I didn’t like any, then he played this Hispanic beat and I was like why you playing this for. I thought I was doing this, but I always challenge myself to do something you think you wouldn’t get on. And when he was playing the beat, I stood up and was like “You got a body like “Selanaaaa” and he was like oh that’s the hook! And that came from her song “Dreaming of you.”

You have a different vibe and it’s the perfect blend of Hip- Hop and R&b. What message do you want your fans to get from your music?

Honestly, I want people to never give up on what they do. I gave up so many times because I thought this was impossible, but it’s not and you just gotta put the work in.


How has your upbringing affected your creativity and hustle?

Azjah: It made me hustle harder. Once you get the ball rolling, you have to keep it going or you’ll burn out fast. It’s 3 reasons why people burnout; 1. People are putting out quantity over quality, they’re rushing the process thinking they have to get things out quickly, nobody has patience. 2. People are not sticking to what they want to make, in the industry, people will try to tell you why something is hot, but you have to stick to what you want to hear too. 3. It’s different trends coming out every week, so you have to make sure what you put out will last and will have longevity. I mean Princess Diaries not the top album in the world, but people are still listening to it a year later.

How has your triumph inspired your musical journey?

Azjah: I had the toughest deck of cards decked to me. I first came into the game with just me and my dad and we didn’t know anything. All these labels were just coming at me and I didn’t have the right management, but my dad stuck by my side and we figured it out together. So you can only imagine all of the things we went up against and are still going up against to this day. People will try to play you because they know you don’t know a lot about the game and a lot of people try to steer you wrong, but I learned not to take things personally. A year later, I’m in better spirit and keeping things pushing.

Do you think a record deal is necessary with all the advancement today?

Azjah: Absolutely not, we have social media, we have outlets for you to do it yourself, and if you’re talented and have a song that just goes crazy and you don’t have a record label behind you, the song will go far, but you have to be patient. The labels will give you a boost, but you don’t know how long that boost will last.

What can we expect from Azjah in the future?

I have a lot cooking up right now. Just expect 3 projects from me this year, expect big features, and oh, I have a crazy feature dropping in March from one of the biggest artists in the west. I definitely have great things planned this year. I’m going to keep doing what I’ve been doing, giving back to the community, and keep making music.

True Urban Culture that’s just like saying Black culture to me. We are the culture, and we lead the culture.

Stream her recent singles “Time For It” Remix and “Selena” on all streaming platforms.

“You gotta go full throttle. If you are skeptical, for any situation, write down the pros and cons, what could you possibly lose for going after your dreams? Is it worth it? Is it worth losing? And then that’s your answer, if it’s in your heart you’re gonna do it regardless.” Azjah aka “The Princess of Compton