Four blood brothers, one band with big talent is what Atlanta’s very own, Hero The Band stands for in a short summary. The 2016 Akademia Award-winning band, Hero The Band, hosted a listening party at Georgia State University. The students in Professor Christopher Daniel’s Music Journalism class had the pleasure of being granted this exclusive look into the band’s new music, life, and anecdotes.

Hero the Band presented their latest upcoming project, “Heroshima” to the students within this 75-minute class period. The band’s upcoming project, “Heroshima”, features eight new tracks and just released on October 27th. Within this listening party, the full album was played all the way through. The band even gave the students an inside scoop on the album’s cover art, lyrics and meaning and even allowed a chance for Q&A at the end. 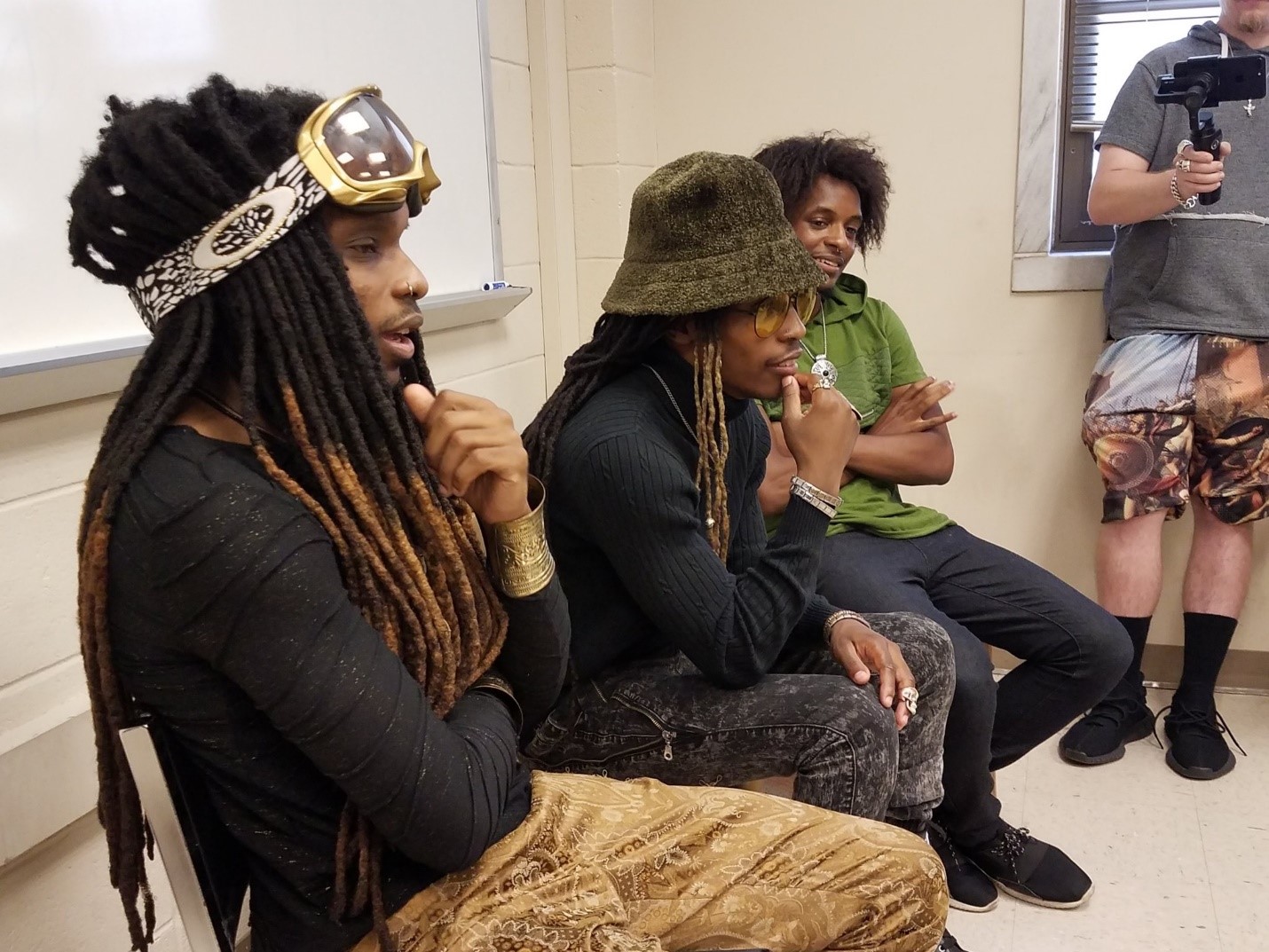 The Music Journalism students were able to fully consume the sound and vibrancy of the music but it is hard to fully digest and analyze an album in one listen. While this is consistent all across the board with any album review, the students were still reacting and engaging with the music presented to them as such. The band promotes nothing but positivity and good vibes. Their musical influences seem to tie in very well with their lyrics and who they seem to be as individual human beings. During a session of Q&A with the band, students asked the band about influences in music, life, and this album. Nick, a member of the band, responded in saying, “I would say big influences for this album would be modern sound, 21 Pilots, Foster People, and it even goes way back to stuff from the 40’s. We were around a lot of different energy, every studio you’re in, you’re around different people. We are African American, which is why you hear a lot of 808 kicks. We all bring out creativity to the table.” In further research, the band has also claimed influences from Queen, Cold Play, Take 6, The Beatles, and many more. In essence, their wide range knowledge in music seems to make them stand out in the end.

The band also showed their much more creative side by providing the students with the never before seen visual to, “The Thrill”, a track from their newest album, “Heroshima”. Within this song, the band expresses their emotions on life through their eyes. They explain how they see life as a joyride, being that they’re enjoying the excitement of new everyday experiences. The music video was presented to the students as a surprise. The visual to this track seems to give the song more life. It allows the listener to go on this journey with them. The video provided a hazy, night vision feel while contrasting the view with bright oranges and aqua colors. Just like in real life, they all seemed in tune with themselves and with each other. This visual expressed how they interact with each other, as well as their passion seen through their facial expressions. 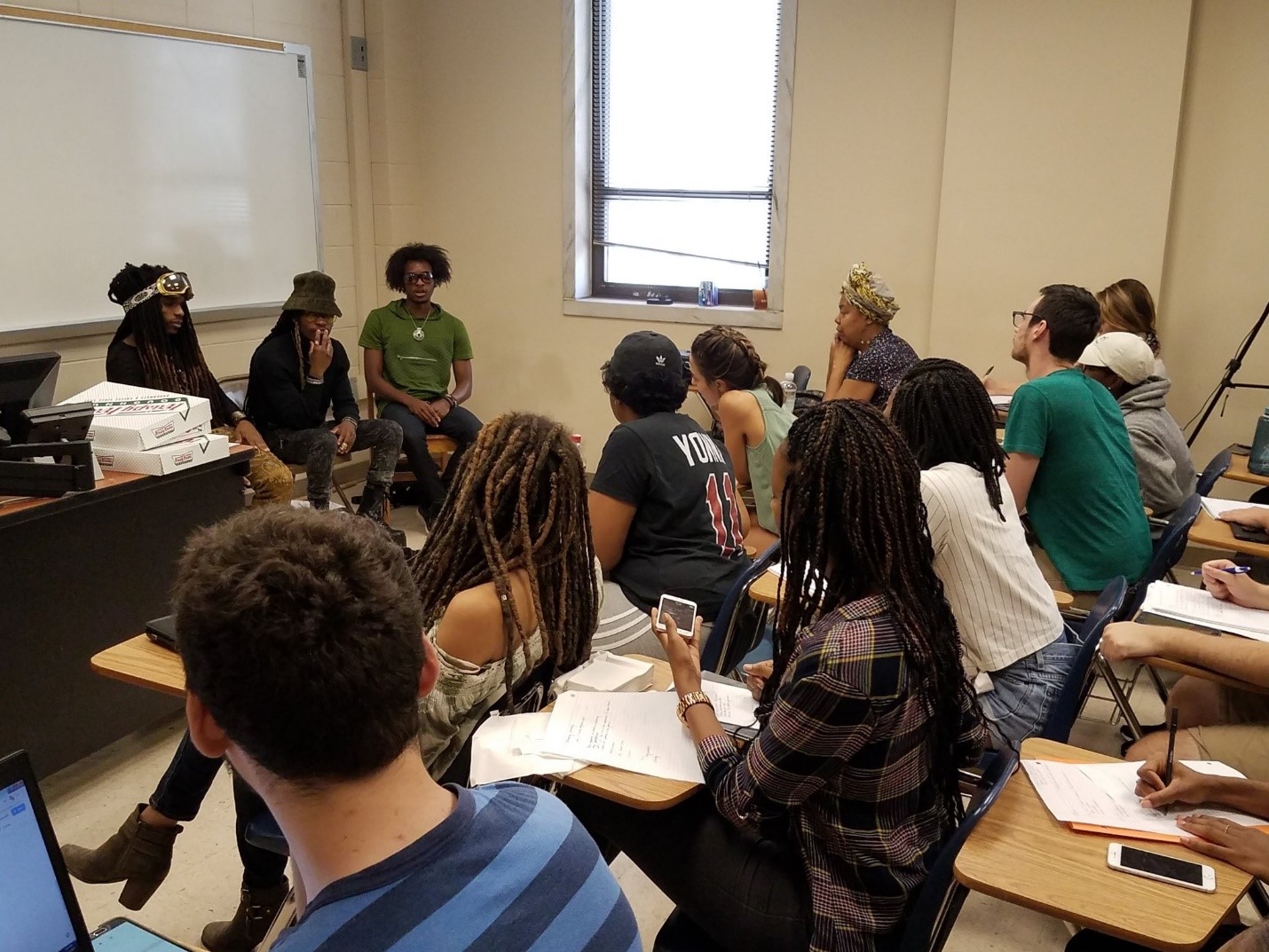 The band, Hero The Band latest album , “Heroshima”,  is available on all streaming platforms. The students of Georgia State University’s Music Journalism class are very excited to hear the finishing product all put together, as well as fans. In essence, Hero The Band was able to fully embody their slogan, “Four brothers. One band. One goal.” within in this visit. The album is sure to touch the lives of many others, as intended.