Violence is Not The Key: Beyoncé Honors Police Killed in Dallas

While still maintaining crushing stages worldwide, family time, and attending sporting events, Mrs. Carter has been extremely active, using her voice and influence to bring awareness in the midst of the chaotic chain of events that took place this week. In a sense, the queen has aided in placing a bandage on the hearts of citizens all over this country. The 34-year-old native delivered a strong message in the form of a black and white video on Instagram. If you were unaware, Beyoncé is a native of Texas, specifically born and raised in Houston. 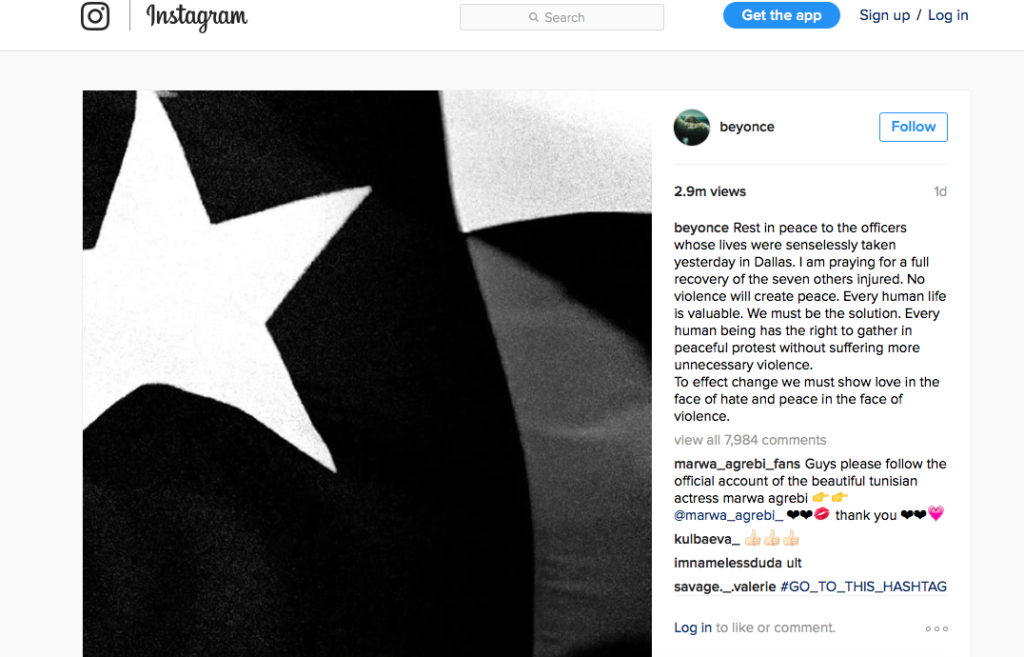 The soundless video displays the Texas flag swaying back and forth while the names of the police officers that tragically lost their lives simultaneously appear in white letters. While the video may not possess much, what grabs the viewer’s attention is Bey’s powerful caption. Beyoncé not only gives her condolences to those officers who were viciously killed, but she also gives words of wisdom and advice in order to combat these wicked dark times.

In the caption Beyoncé writes, “Rest in peace to the officers whose lives were senselessly taken yesterday in Dallas. I am praying for a full recovery of the seven others injured. No violence will create peace. Every human life is valuable. We must be the solution.”

She continues stating, “Every human being has the right to gather in peaceful protest without suffering more unnecessary violence. To effect change we must show love in the face of hate and peace in the face of violence. 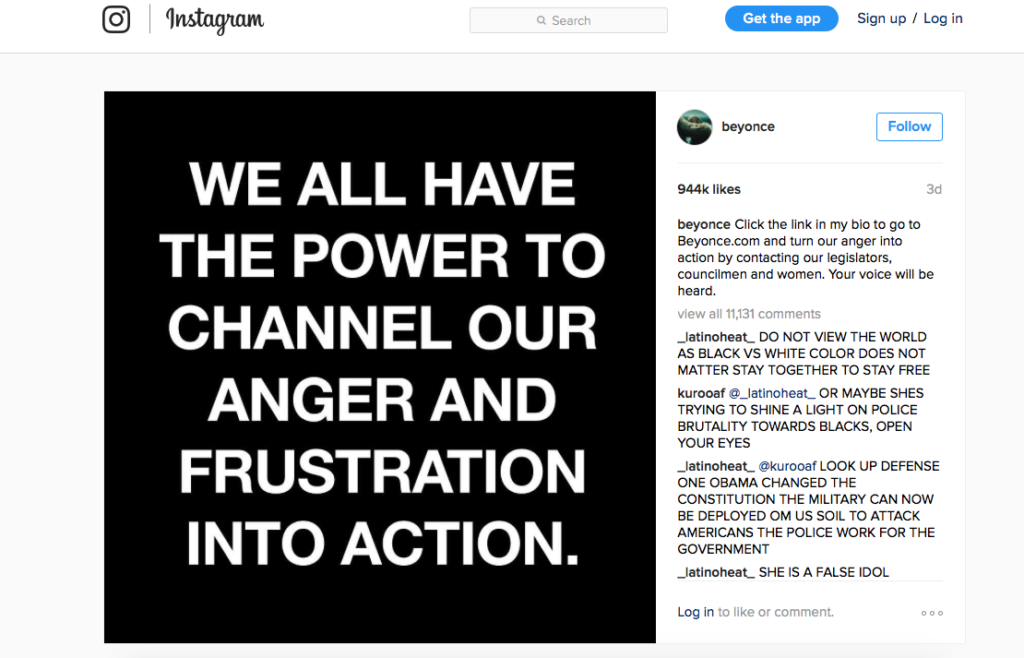 Again, this is not the first time this week that Bey has been in action in regards to the social issues we’ve been witnessing. Beyoncé immediately sprung into action following the deaths of both Alton Sterling and Philando Castile, releasing a lengthy, impactful letter, entitled “Freedom.” Her “call for action” was so impactful that the links (which she provided in her letter and website) to contact both congressmen and women’s websites, and to protest for Alton Sterling and Philando Castile ultimately crashed. Similarly to her video post for the Dallas victims, Beyoncé actually did the same for her letter. She took to Instagram with a post that simply had the words, “We all have the power to channel our anger and frustration into action.”

In the caption of this post, the queen wrote, “Click the link in my bio to go to Beyonce.com and turn our anger into action by contacting our legislators, councilmen and women. Your voice will be heard.” 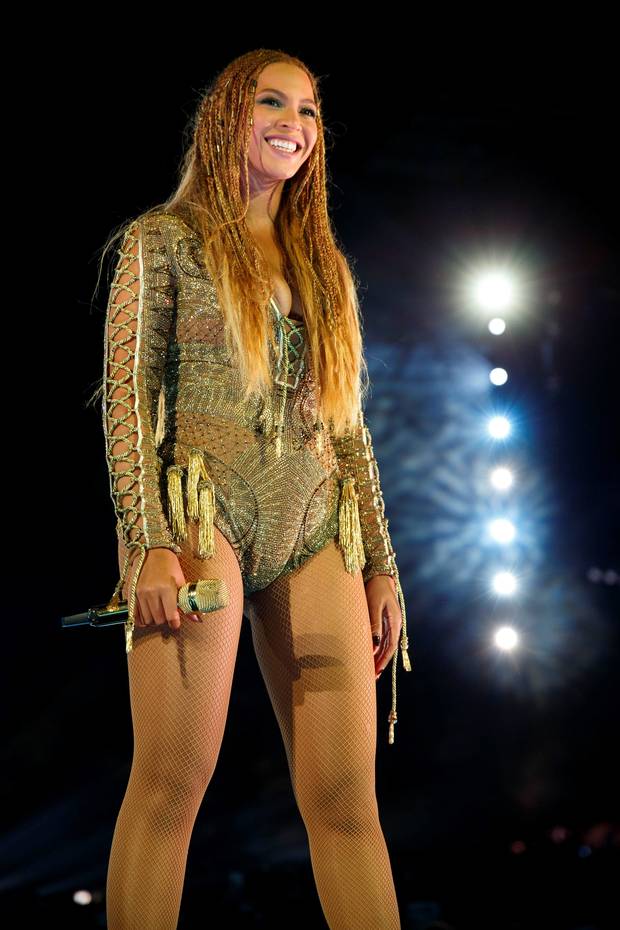 Beyoncé continues to show us how to be a class act while STILL standing for what we believe in. She also shows that you really are never too busy to handle what really is important. Even during the tour, she honored both Castile and Sterling but also all of the victims of police brutality before singing the powerful “Freedom.” She has used her power and influence in a very non-biased and classy way, hitting both sides of the issue and just overall bringing much awareness and attention to these injustices and issues at hand.

She’s managed to influence so many with her letters and social media presence and still entertain fans worldwide. The superstar is currently on the European leg of her “Formation Tour” and will return back for the second stretch of her North American leg in September. For any info regarding tickets and venues, go to her official website, beyonce.com.