Several artists in the industry have addressed their unsatisfied opinions on the direction that Rap has moved towards in the past couple of years, whether that be in discussions or lyrics. For PnB Rock, he decided to get straight to the point with how felt.

In a list of back to back Instagram stories on August 18, the rapper expressed that the new generation’s music is depressed and sad. He also claimed that he can’t listen to these rappers that many look up to, but some of those rappers weren’t too happy with these comments.

“All these lil n*ggas albums and tapes be sad asf lol like all these lil mfs depressed smh,” he shared on his story. “I can’t listen to this shit makes me wanna go kill myself listenin to Dese sad ass Lil boys. And these the n*ggas y’all look up to smh. 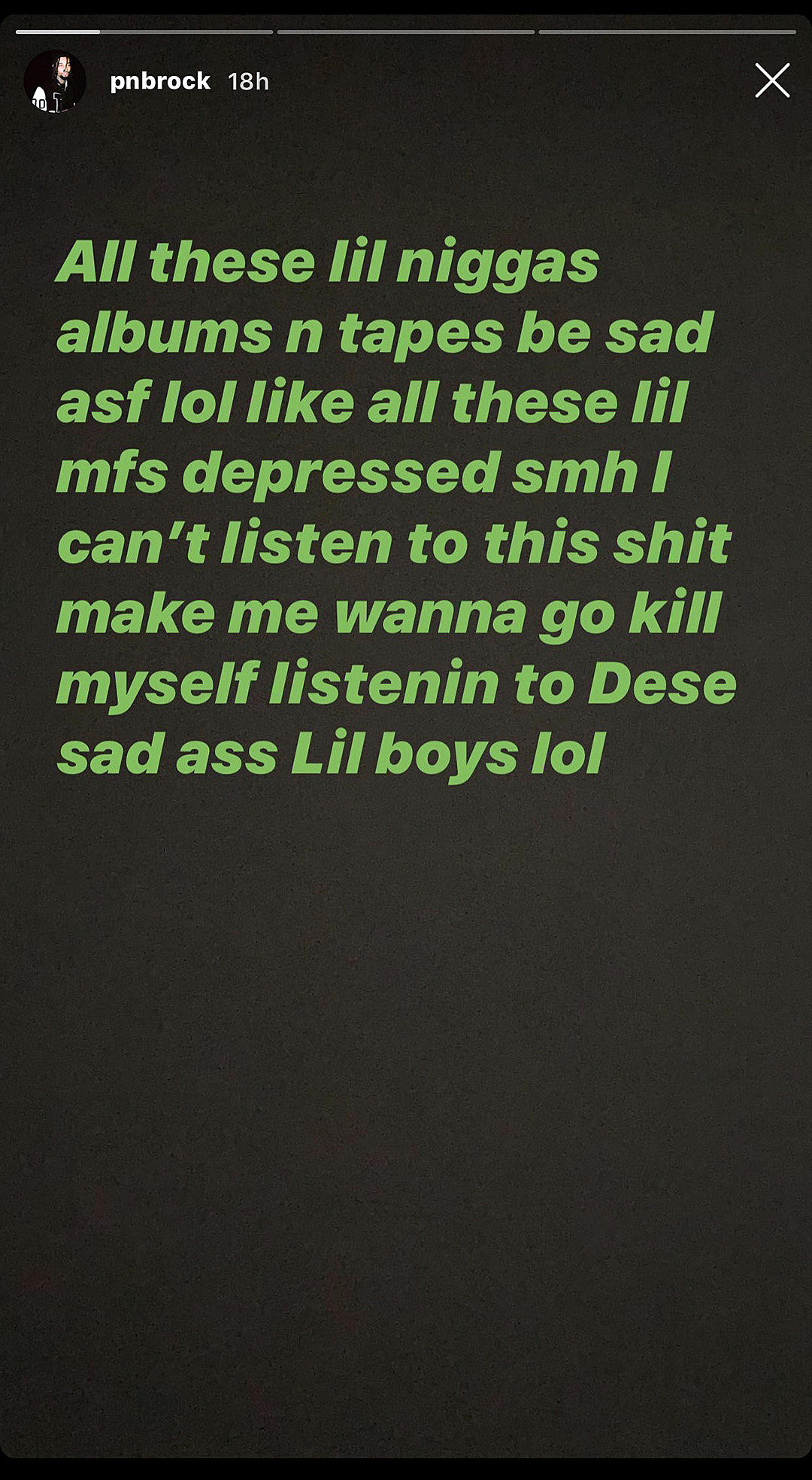 PnB Rock continued his rant sharing that, although he’s had his fair share of downs, he never let that take over his life or music.

“And these the n*ggas y’all look up to smh,” he shared. “Lol like even when I was down to my last…down N Out…I was happier den dat I went out and got it never was sittin round feelin sad and depressed…That’s for suckas new generation shit I guess.”

However, one of the new generation’s rapper Rod Wave, disliked what PnB had to say and took to his IG story to make it clear that didn’t agree. He also wasn’t afraid to call out PnB Rock for an address to handle the situation. He expressed, “@pnbrock put a address on that shit.” 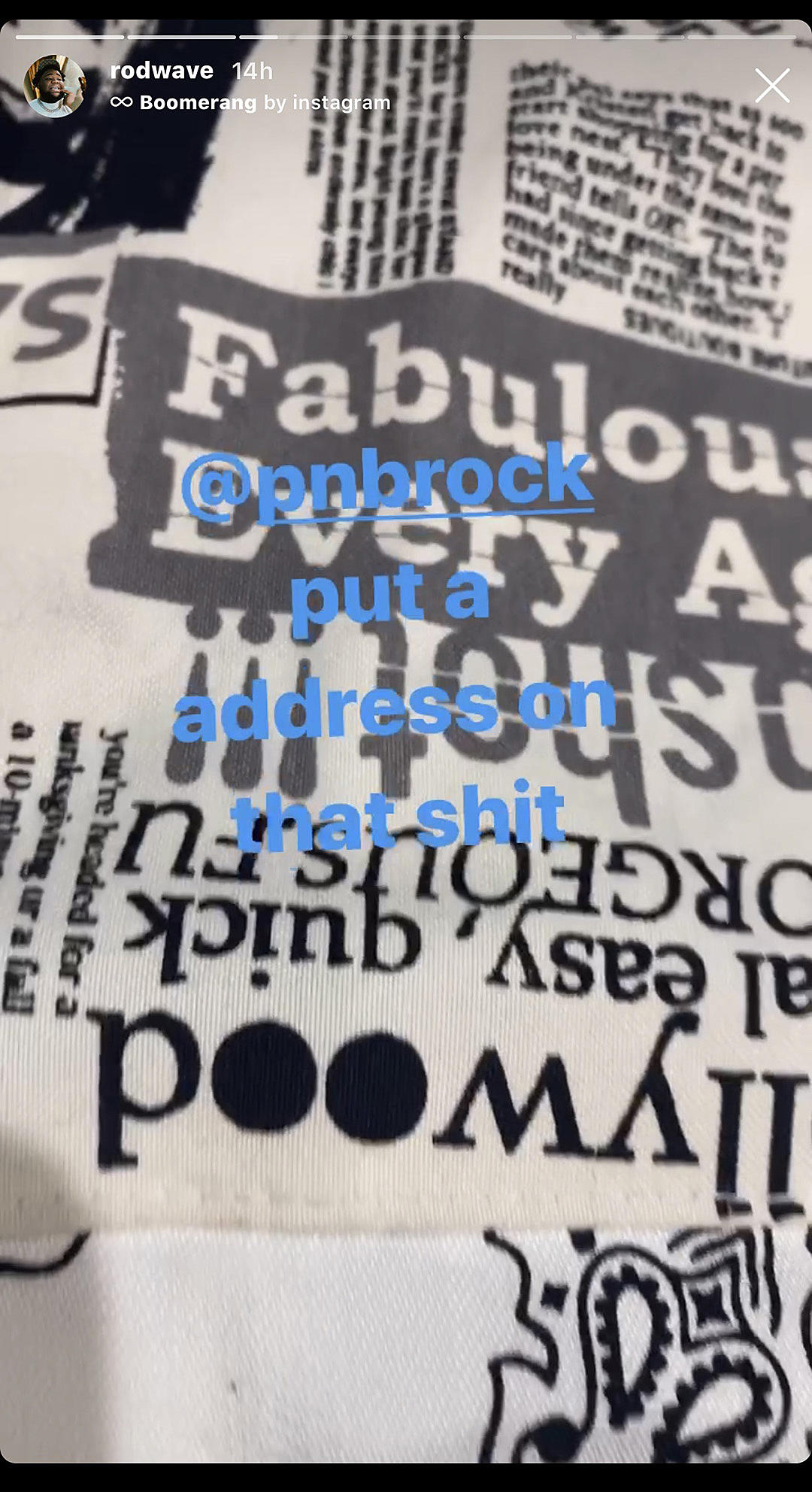 “A lot of n*ggas ain’t connected to reality no more,” Wave shared. “That’s why they can’t make reality music. So, that’s why they be making all that dancing, g*y-ass, hop around, pop booty-shaking music…Keep me out that shit, man.”

PnB Rock hasn’t responded to Rod Wave’s thoughts, but it seems that the rappers are both not afraid to voice their opinions when it comes to something they’re passionate about.