The OG West Coast rapper, Nipsey Hussle paid Atlanta’s DTLR a visit this past Sunday, February 26th. Fans were lined up for hours in front of the store to show Nipsey some love during his official signing event. The doors were open at 1 pm and the event wrapped up around 3 pm.

If you haven’t been following Nispey, his latest album, “Victory Lap” is officially out. The project was released on Friday, February 16th. Along with the meet and greet session fans were given, everyone was excited to finally get their hands on new content from Nipsey Hussle. This project had been teased about since 2013, so you could definitely feel the love from fans. 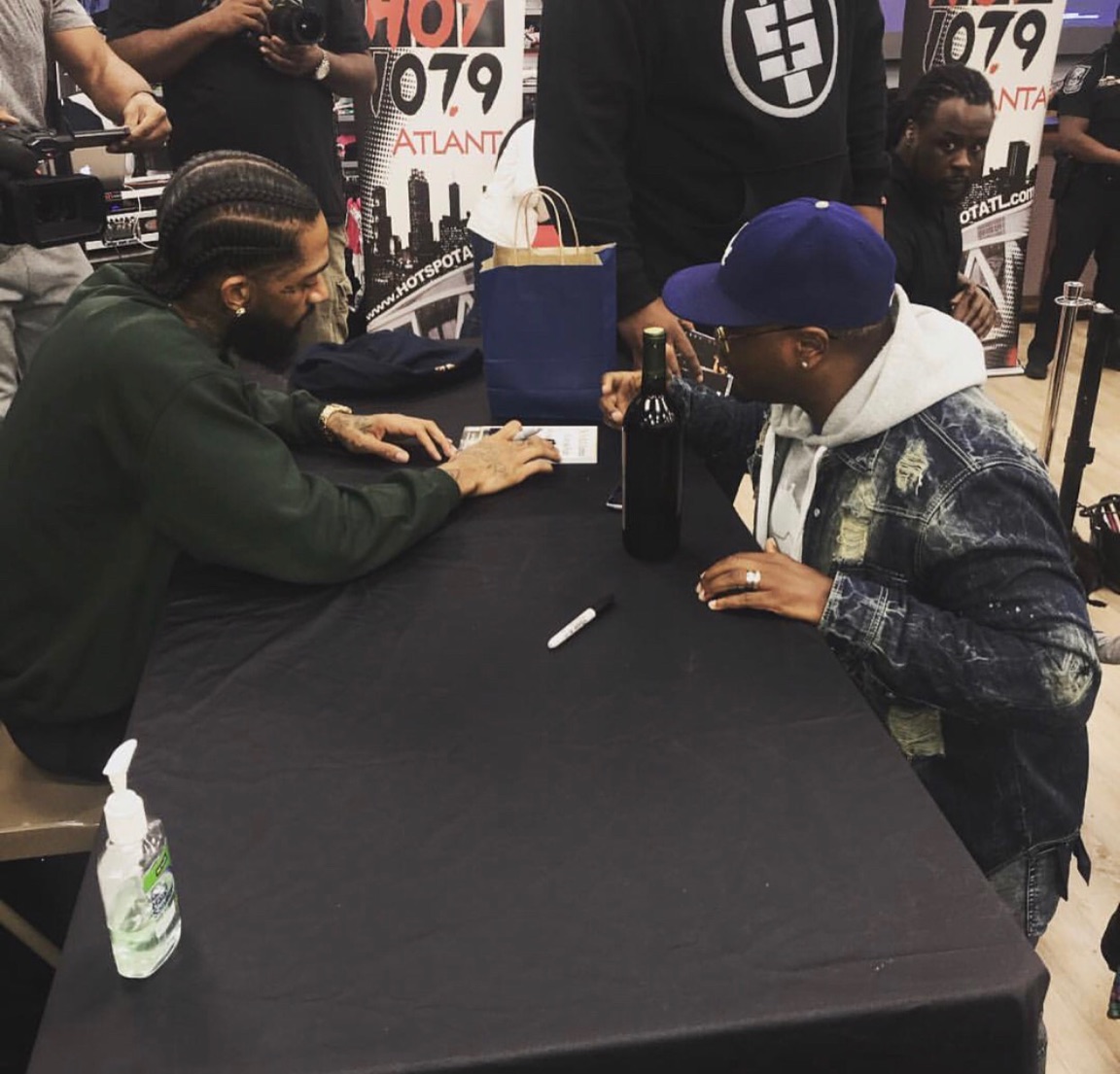 Throughout the event, DTLR had Nipsey’s music video, “Hussle and Motivate” and, “Last Time That I Checcd” featuring YG displayed on the TV screens. While the videos were displayed on mute, “Victory Lap” was being played nonstop. There were fans rapping along to the lyrics, others with items in hand to give to Nipsey and while other fans recorded the album signing on their phones.

Nipsey Hussle’s “Victory Lap” is currently holding the No. 4 spot in the country with 53,000 in album sales. Numbers don’t lie and Atlanta’s DTLR Victory Lap album signing event was definitely proof to match.

Check back with us soon for more information on Nipsey Hussle and successes behind, “Victory Lap”. Tour information will be released soon as well.