DaniLeigh is Being Labeled Colorist After Sharing Snippet of New Song “Yellow Bone.”

DaniLeigh is being canceled by the internet after sharing a snippet of her new song “Yellow Bone” on Instagram.

The lyrics “Yellow bone that’s what he wants,” plays several times during the snippet while DaniLeigh poses and dances around. The post has since been deleted.

‘Yellow bone’ is a slang term used for a black female with light skin. Fans feel that the use of this term is and are not happy with the artist.

Dani Leigh lost me with that "Yellow Bone" song. Yall still makin songs that enforce colorism and fetishization of light skinned ppl in 2021? Being Light Skinned is NOT a personality trait, and sad to say, it's honestly all some of yall got, which is tragic. #DoBetter

DaniLeigh is also being criticized for using the term to describe herself because she is Dominican and not Black. Twitter user COBlEKYU also pointed out how the singer has drastically altered her skin color to appear darker.

Miss @danileigh how we get here? pic.twitter.com/l4h6rAlOCP

There is speculation that the song was subliminally putting down her boyfriend, DaBaby’s, daughter’s mother, MeMe. DaniLeigh and MeMe do not get along and wrote various subliminal social media posts about each other back in March of 2020.

MeMe with a word after DaniLeigh posted her new song 👀 pic.twitter.com/gbtF6NwIir

DaniLeigh commented on the snippet of the song saying, “Why I [ sic ] can’t a make a song for my light skin baddies [ sic ] ??”

On Twitter she wrote, “only God can “cancel” me … the people around me are the ones that know my heart and intention and real life.” She later goes on to say that the song is about her boyfriend’s wants and does not speak for the wants of other men. Since the star has deleted her Twitter account. 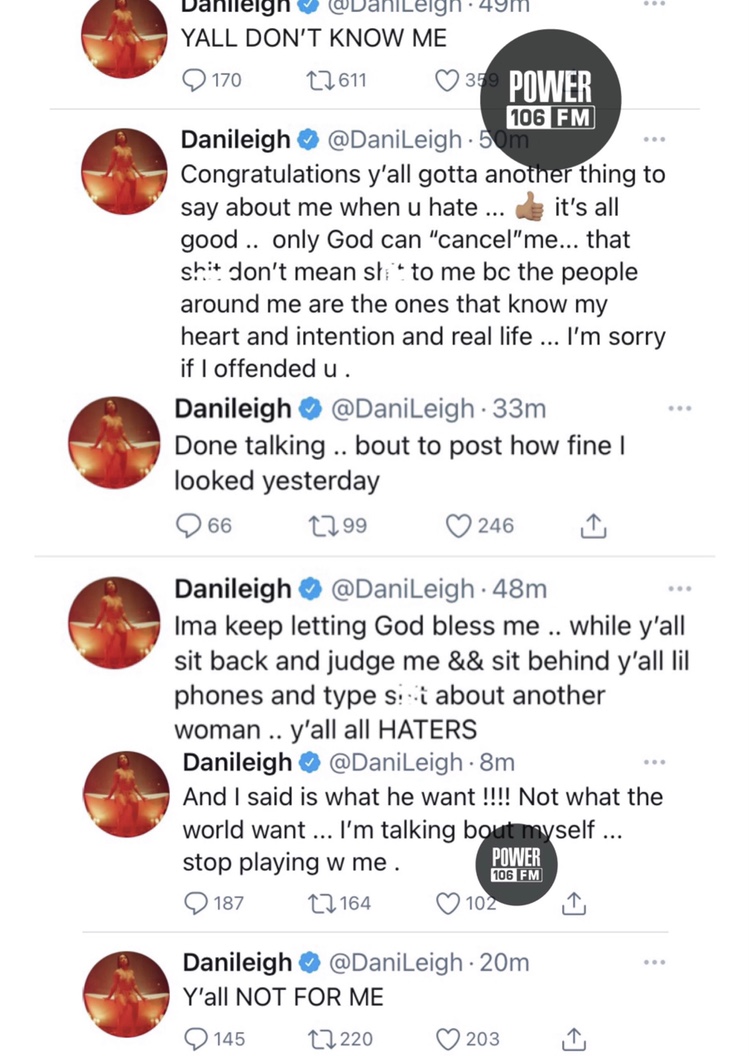 There is no telling if DaniLegih will release “Yellow Bone,” in its entirety or if the backlash has shunned the song for good.