Philadelphia 76ers big man Joel “The Process” Embiid might become the first center, since Shaq tore up the league, to win MVP this year. Embiid is doing something that hasn’t been done since the days of The Diesel dominated the league. After his 10th career +40 points and 10 Reb game against the Boston Celtics, Joel Embiid is currently the clear winner for the award. The 76ers are the best team in the East, sitting in 1st place with a record of 10-5. Embiid has been there to set the tone early in the game and make defenders resort to fouling in an attempt to calm the beast of the East. 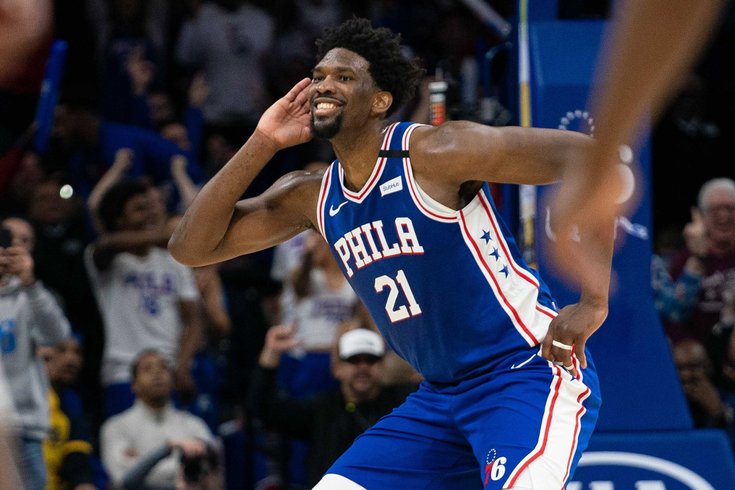 When the Sixers first started the season, there were doubts about how this will work. After getting swept in the first round by Boston, it was clear Joel Embiid and the Sixers weren’t ready to make that leap yet. Any doubts from critics surrounding Joel Embiid’s leadership have been silenced as he continues to bully himself to the paint. During their last battle with Boston, Embiid was able to get to the free-throw line at least 21 times, more than the Celtics combined all game. He’s shooting 83.9% from the line, sitting at 3rd with the most free throw attempts in the NBA. There’s just too much the big man can do in the paint that the only logical thing to do is foul. 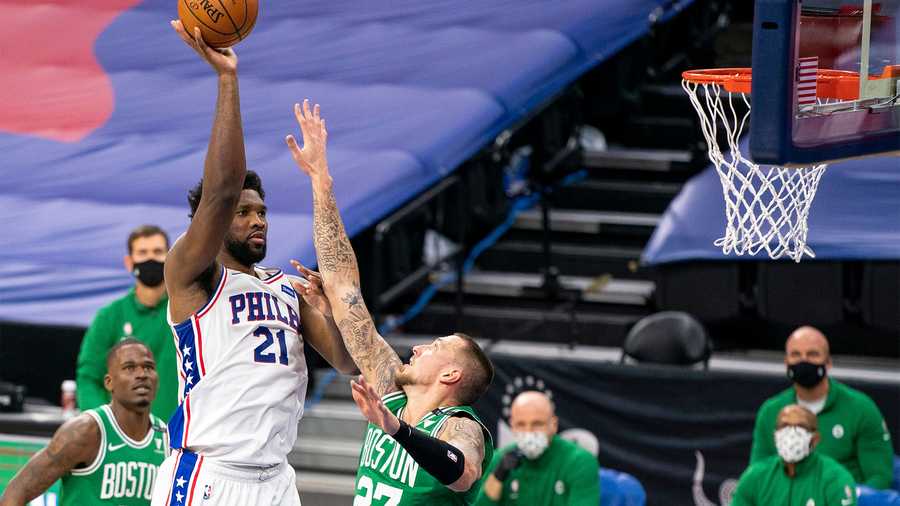 The Sixers have one of the league’s best defenses thanks to their anchor in Embiid. The Process posts a defensive rating of 100.5 which ranks him 4th this year. While 5th in defensive rebounds and 9th in total rebounds this season, it’s no wonder Joel Embiid is putting the world on notice. Since taking more account of his diet and health this past off-season, Embiid has come back stronger than ever.

When asked about the NBA stats experts putting him in the conversation of MVP this year, Joel Embiid made sure people knew what was on his mind, NBA Championship.

“The main goal is to win a championship,” Embiid told reporters this past week after the Boston win. “When it comes to individual awards, it can’t happen unless you’re winning games. So the main thing I’m worried about is winning. At the end of the day, if I win, and we win, and we get the first seed, there’s no reason why I shouldn’t be in the MVP, Defensive Player of the Year conversations, All-NBA first team, and all that stuff.

“It all goes back to the same thing: Winning,” Embiid added. “The main goal is winning the championship. We’re trying to get ready for what’s to come — the playoffs and that level. So like I said, it all goes back to winning.”