Still in rotation, fans are still talking about hip-hop’s latest collabs, “Super Slimey” and most recently, “Without Warning”. Atlanta rappers, 21 Savage and Migos member, Offset teamed up together for “Without Warning”, an album produced by Atlanta music engineer, Metro Boomin. This album which came to us without warning, like the title suggests, was released on Halloween. The timing feels appropriate due to 21 Savage’s lyrical content and Metro’s high usage of 808 drums and dark undertones. The two combined in addition to Offset, created the perfect tone of Halloween scares and grimes to offset the music industry, no pun intended.

Past the hype that comes along with this rap trio, in addition to the production and uptempo beats and perfect timing in the release, does this album pose replay value?

Just like “Super Slimey”, the album holds a doable album length of 33 minutes. This project contains ten songs, which consists of the two artists going back and forth in tracks, as well as solos. Although ten songs isn’t an overwhelming amount, there seems to have been some throwaway tracks. While I will applaud the track listing’s order and smooth vibe transitions, “My Choppa Hate N***”, “Mad Stalkers” and “Run Up The Racks” are songs we could have done without. There is a high level of understanding in knowing what 21 Savage chooses to rap about, but these tracks sounded like songs we’ve all heard before. If you don’t know what I mean by this, take a listen to 21 Savage’s, “Savage Mode” album produced by Metro Boomin, which was released in 2016. Just to give an example, “Still Serving” on “Without Warning” held the same flow as “No Advance” and “No Heart” on “Savage Mode”. I can recognize this may be 21 Savage’s trademarked flow, but his solo seemed anticlimactic to me. Thankfully, Offset was able to come in and balance out the tone well in tracks such as, “Mad Stalkers”. Otherwise, “Mad Stalkers” only resembles 21 Savage’s song, “Mad High” from “Savage Mode”. It’s clear he’s found his sound, which is something artists often struggle with for a while, but it is important to give the fans something new. 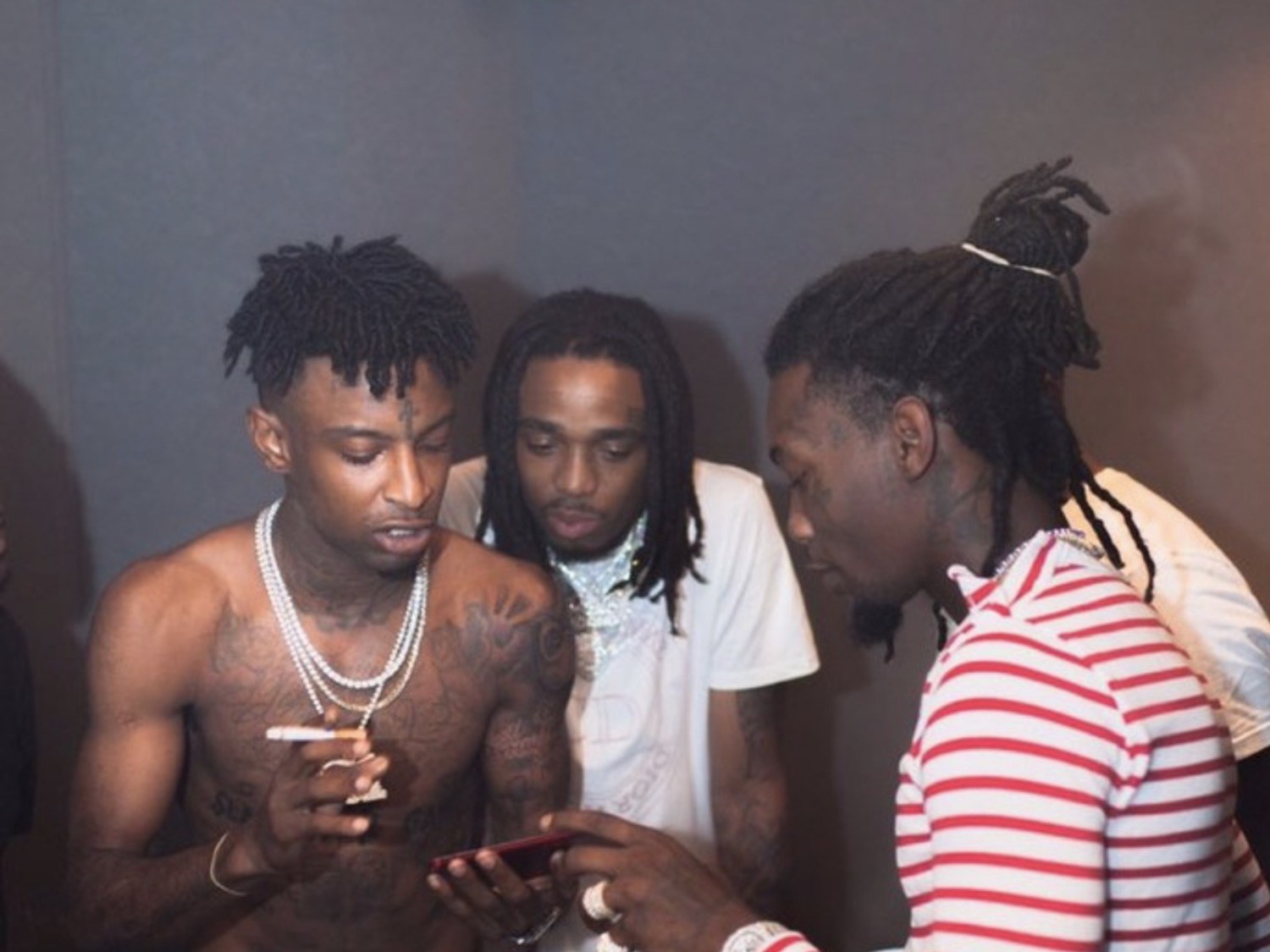 On the bright side, there were rescuable tracks, as well as features on “Without Warning”. The album starts up with “Ghostface Killers, which features the two rappers and rapper, Travis Scott. The feature was done right for sure and much needed. It’s easily one of the best tracks besides, “Ric Flair Drip”. The second and only other feature was Quavo on “Rap Saved Me”. This track seemed to have brought out the best in each artist in a small four-minute session. Seems like Take Off was left off something else once again.

In reference to chemistry, there was balance and flow between the two, but not enough. Besides “Rap Saved Me”, I don’t believe much will come out of this tape. My opinion towards, “Super Slimey” was similar. It would have been more interesting to have seen what Young Thug and Offset or 21 Savage and Future would have created together.

The overall rating of this album would be a 5/10. It was a mixture of rescuable tracks and throwaway songs. Although it may not be high on everyone’s list of collaborations this year, it can definitely be taken as an enjoyable moment in 2017’s Hip- Hop discography.

Previous ArticleJob Reviews: Should You Work for Postmates, DashDoor, or Amazon Flex?
Next ArticleKHAMAMA Timepieces is The Latest Must Have Luxury Accessory
Comments (47)
NIPSEY HUSSLE TUC RECAP