With the success of video games turned into live TV adaptations ‘The Witcher‘ starring Henry Cavill, it wasn’t shocking that Netflix snagged another popular video game to bring to their streaming service. This video game being Assassin’s Creed. The streaming service has entered a content agreement with Ubisoft to develop multiple contents about the popular video game franchise. The content that Netflix will be developing consists of live-action, animated, and anime series. Which Netflix will be starting

Netflix announced the huge news via Twitter on October 27th with a small clip displaying the infamous Assassin’s Creed symbol. This small clip caused excitement within so many people, especially the gamers in the world. 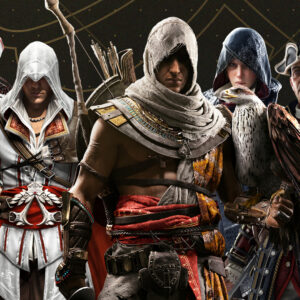 VP of Original Series at Netflix Peter Friedlander expressed his excitement for the upcoming live-action adaption of Assassin’s Creed, “We’re excited to partner with Ubisoft and bring to life the rich, multilayered storytelling that Assassin’s Creed is beloved for. From its breathtaking historical worlds and massive global appeal as one of the best selling video game franchises of all time, we are committed to carefully crafting epic and thrilling entertainment based on this distinct IP and provide a deeper dive for fans and our members around the world to enjoy.”