With the success of Black Panther, many people were beginning to question which black superhero was going to be next in the movie theaters. With Ray Fisher playing as Cyborg, but his stand-alone film hasn’t been announced just yet. While Marvel announced a live-action reboot of Blade starring Mahershala Ali. Michael B. Jordan will be producing the  “Static Shock” film. This announcement was announced during DC’S FanDome in August by comic book writer and producer Reginald Hudlin.

Jordan announced on Friday that he’ll be producing the superhero film through his Warner Bros. based Outlier Society banner. This partnership consists of a diversity policy for films. One of the first films being considered a part of this policy was the film “Just Mercy“, in which Jordan starred in the film’s lead role alongside Jamie Foxx and Brie Larson. 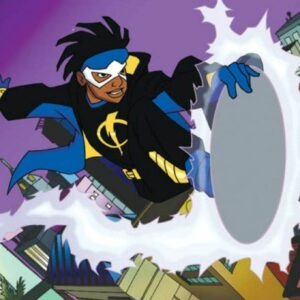 Static, aka Virgil Hawkins, was created by Milestone Media and DC Comics in the 1990s. The character is a teen who transforms into a superhero with electromagnetic powers. Fans may remember when an animated Static Shock tv series was airing on Kids WB in the early 2000s.

“I’m proud to be a part of building a new universe centered around Black superheroes; our community deserves that. Outlier Society is committed to bringing to life diverse comic book content across all platforms and we are excited to partner with Reggie and Warner Bros. on this initial step,” Jordan said in a statement.

There is no set date for when the film for the electrifying superhero will release. Many fans of Static Shock are already fan casting him. People suggested actors like Jaden Smith, Caleb McLaughlin, and even Shameik Moore. Although people may not even care who’ll be honored to play Virgil Hawkins, they’ll most likely be more excited about another black superhero being on the big screen. With the impact Black Panther had on Black culture, Static Shock could be one of the new faces of black superheroes that greatly impact Black culture.