Why Fans Are So Unhappy About Cardi and Offset’s Reconciliation

Only one month after filing for a divorce, WAP hitmaker Cardi B has recently reunited with her long term significant other Offset. It is thought that she had suspicions about the Migos member had cheating on her, however, this seems to have been pushed to the side, as during a Twitter storm, Cardi revealed herself that she has gone back to her baby’s father. Despite explaining her reasons for going back in a tweet stating that ‘‘One day I’m happy, the next day I wanna beat a n**** up. I just be starting to miss [him]… It’s hard not to talk to your best friend. It’s really hard not to talk to your best friend. And it’s really hard to have no d***’”, fans have been worried. Many voiced their concerns that Cardi may be a victim of manipulation or mental abuse.

One fan wrote on Twitter that ‘She’s in a dysfunctional abuse relationship. 50% of couples in the Western world have BOTH parties that are abusive in some fashion. Cardi  B doesn’t even realize, although she’s physically abusive, he’s still emotionally abusive. One doesn’t exclude the other’. 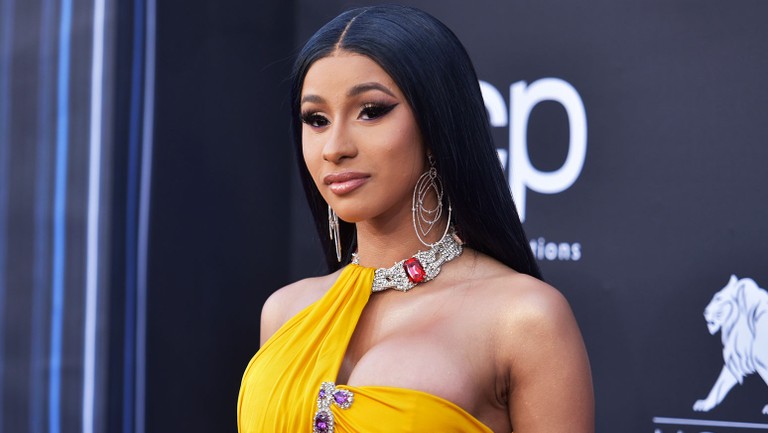 abusive relationship. Oh my gosh. We gotta save you’,” she said. She went on: “I be, ‘All right, but can I f**k him today (sic)? Because I need to have sex’.” Then she trolled fans with a fake apology: “Imma just give ya an apology because ya want me to apologise for living MY LIFE the way that ya live YOURS. Im sorry. Im not perfect I don’t want to be neither (sic).”

Cardi and Offset’s relationship can be used as a template when looking at why fans of celebrities become so invested in their lives, particularly when it comes to love. Many of us will find ourselves living vicariously through those in the limelight, however, this leads to the question of when does it cross the line. In this instance, one must debate whether or not fans should be allowed to make serious accusations surrounding the idea of abuse when they themselves are not even seeing the relationship for what it truly is. We may think we know what a relationship is like because of paparazzi photos, social media, and gossip magazines, but there is still a lot that happens behind closed doors. It seems as if this is the exact reason why Cardi got angry on Twitter, however, one user fairly wrote that ‘You cannot be mad if we analyze a relationship you give us front row seats to.’