Day 2 of Style Fashion Week is officially in the books and here at TUC Magazine, we have you covered with all of the memorable moments from Day 2.

Day 2 of Style Fashion Week SS17 kicked off with Control Sector and their models brought nothing but energy to the runway. Control Sector’s SS17 collection was very sporty and very reminiscent of the style in mainstream urban culture at the moment. The collection featured a monochromatic color scheme with a mixture of blue in the color story.

VHanley designs from designer Vedeta Hanley had everything from elegance, class, and beauty from the garments to the models sporting them.

My absolute favorite gown by VHanley designs would have to be this lovely full gown with the petticoat as seen worn by model Love Tucker.

If you didn’t know who David Tupaz was until last night, then you’ll definitely interested in learning more about the Los Angeles based Filipino designer. David Tupaz SS17 collection had everything from big hats, dresses with horizontal patterns, ruffle collar jackets, and my absolute favorite, floral print designs.

My absolute favorite looks were the white pant suit, white blazer with shorts combo, and the white button up collar dress with the floral ruffles.

What does Fashion + Dogs equal ? Simply nothing but magic. However when your dogs are dressed in couture on a runway along with models sporting garments from the same designer, you are going to get nothing but dropped jaws and mesmerizing eyes from your audience and your peers.

Award winning Pet Fashion Couturier designer Anthony Rubio was able to do exactly that as he blew every one away with jaw dropping floral dresses and skirts not only for his models but also for the little canine creatures themselves.

Any designer that puts the same love and craftsmanship to a design for an animal as it does for a human being deserves to be recognized and Anthony Rubio who was also honored by The Human Society deserves all the accolades and acclaim in the world. 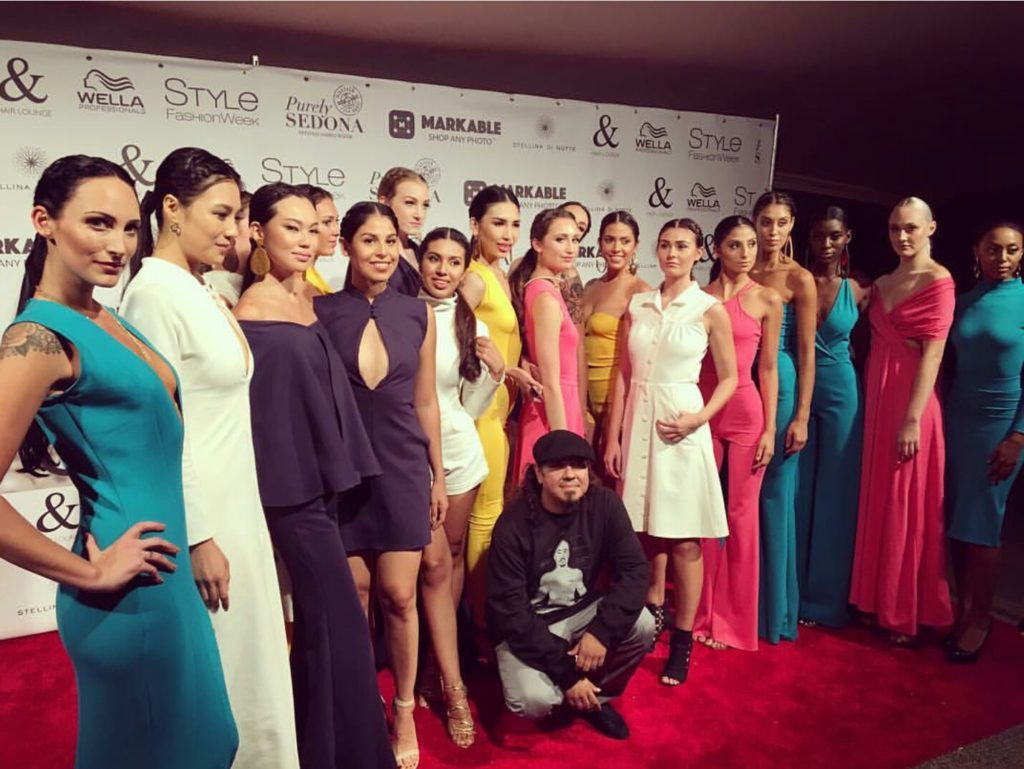 Los Angeles Based fashion designer Mario De La Torre has had his garments worn by a whos who in the entertainment industry such as Angela Simmons, Bebe Rexha, Ashanti, Iggy Azalea and many more.

Last night he debuted his SS17 collection that was filled with vibrant colors reminiscent of the Spring season with a mix of 70s flare as seen by the bell bottom trousers sported below.

Overall Mario De La Torre was surely one of my favorite collections witnessed during the Day 2 of Style Fashion Week . While the collection didn’t offer much in terms of embellishments, it still presented the spring vibe due to the color story, structure of garments, and the free flowing nature of the garments.

Bound by the Crown

Bound by the Crown wrapped up Day 2 of Style Fashion Week SS17 and it had everything from cute kids to celebrity guess models such as Raquel Santiago better known as Rocky from the Bad Girls Club, musician and dancer Asaf Goren, and Madeline Stuart. The collection told a story of romance and the power of a woman as the women looked fierce and walked with confidence as their male companion tried to win their arm which I thought was a nice touch.

Overall the collection was simply amazing as it had everything from beach wear as sported by Rocky, jumpsuits with embellishments and free flowing dresses and capes.

What to expect from Day 3 of Style Fashion Week ?