THE BRAND THAT BARES NO LABELS. TUC Magazine had the pleasure of covering Agenda Show Las Vegas and being introduced to the brand, “JJGrant I’m not a Fcking Robot”. Back in February, we attended the convention at The Venetian. Agenda Show is a fashion and art convention where companies are able to showcase their brand and product to the consumer. Each booth had a unique touch that made the experience an memorable one for each spectator.

One of our most memorable experience that our team encountered was at JJGRANT I’m not a Fcking Robot. For starters, they instantly caught our attention with their most creative way of attracting their consumers, by handing out roses. All throughout Agenda Show, many people were seen walking around with roses, and different colors. We were definitely interested from the jump.

Their charismatic vibe drew us in and their overall branding is what got us to this point.  During the show, they presented us with their collection “SINCERELY THE FLOWER CHILD”. We were pleased to learn more about this brand and understand how JJGrant I’m not a Fcking Robot got to where they are today. 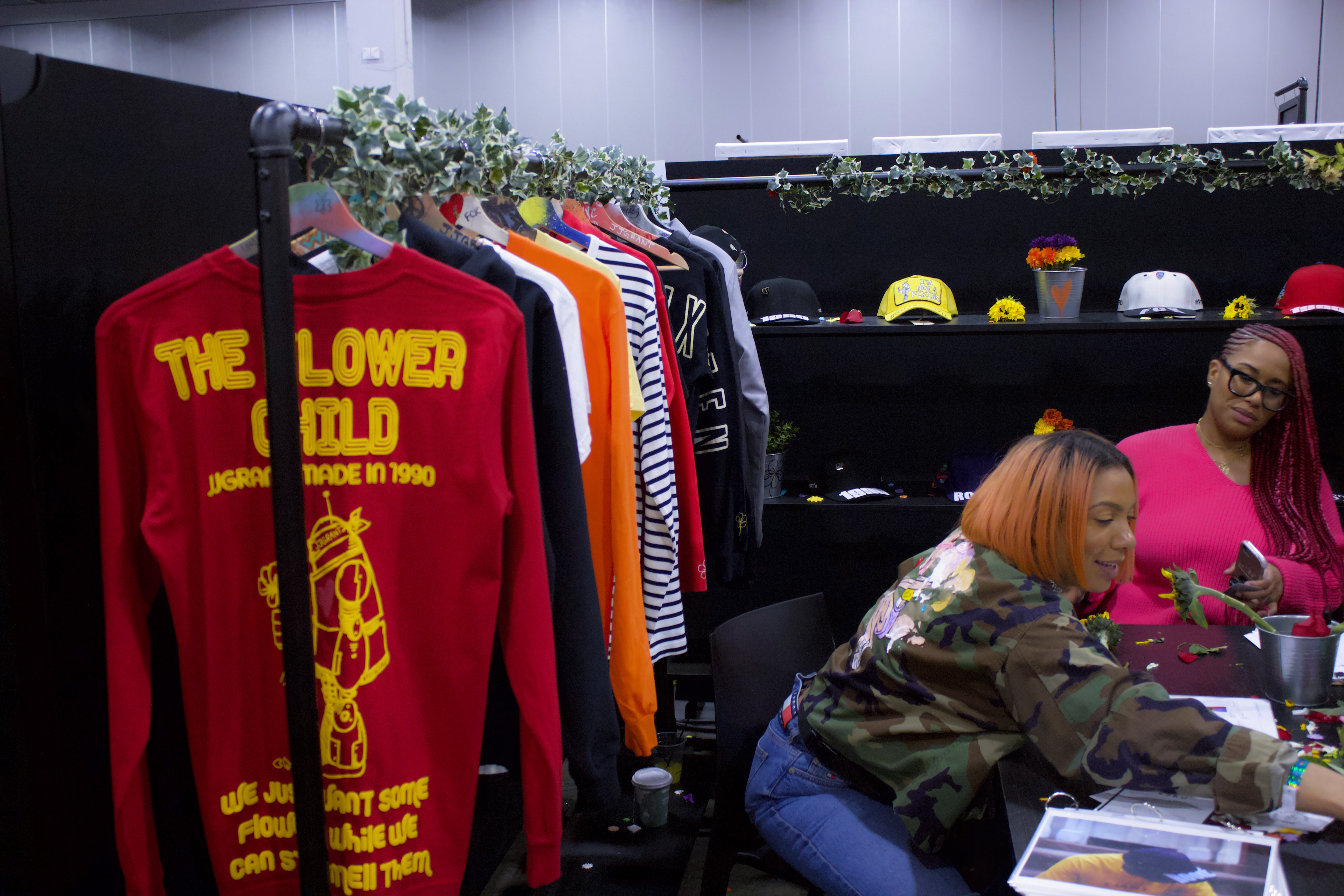 JJGrant I’m Not a Fcking Robot line has a dope sense of style and claim influences from many greats, such as Jerry Lorenzo. They came up from nothing and take pride in the culture and what they do. Check out their brand. I promise you will not be disappointed.

TUC Magazine had the luxury of interview a representative from the brand, JJGrant I’m Not a Fcking Robot. Check out our interview and what was said about the brand’s beginnings and upcoming projects:

Paulette: What was the initial thought process with the design and overall branding of JJGrant I’m not a Fcking Robot?

JJGRANT: The initial thought process was to just create. I simply had an overwhelming obsession to design and once I designed my first sweater, my follow up piece was the 90s era SnapBack and that received a lot of attention it was featured in the Beats by Dre commercial worn by the artist Fabolous. After the 90s era SnapBack, I started questioning myself like “Okay, what’s next? What am I trying to do here?”. The logo which is the robot and the slogan “I’m not a fcking robot ” came later on like about a year and a half later. Once I realized that I wanted “JJGRANT” to be a clothing brand, I knew immediately that it would be a love story, one filled with hopelessness, heartbreak, commitment and compassion.

Paulette: How would you describe the chemistry between your brand and the people in LA?

JJGRANT: My first time in LA was this past February. Originally, I am from the east coast. On the East, you hear all of these stories about how people from LA are rude and self absorbed and how it’s more so about social status than matters of the heart or creativity. But, visiting LA in February was the totally opposite. We had a pop up in LA near Glendale Blvd and it was amazing everyone loved the brand. Most of the people who stopped by seemed interesting and cool. People are people no matter where we go or come from. As far as chemistry, I think some things are natural and other things develop within due time.

Paulette: Who or what fashion brand/designer do you draw the most inspiration from?

JJGRANT: I draw inspiration from a few things and a collection of people none more than the other. I do love what Jerry Lorenzo is doing with Fear Of God. I find his story to be inspiring because like him I do not have a big team. I also really love his visuals. I think he taps into the African American culture and this idea of family values, very well. There is a lot of passion there. You have to understand I come from the South Bronx, an that’s the ghetto. I never thought I’d be doing what I’m doing. Don’t get me wrong fashion was everything to us. In school, you were judged by your clothes first. As a young teen coming from the South Bronx, we thought the only way out was to play sports or sell drugs. So, to answer your question as far as inspiration, I’m inspired by anyone who came from a similar environment as I did.

Paulette: What sets JJGrant I’m not a Fcking Robot apart from the rest of the up and coming brands?

JJGRANT: What sets JJGRANT apart from all other brands will be our story telling, anyone can tell a story but not everyone is a good story teller? 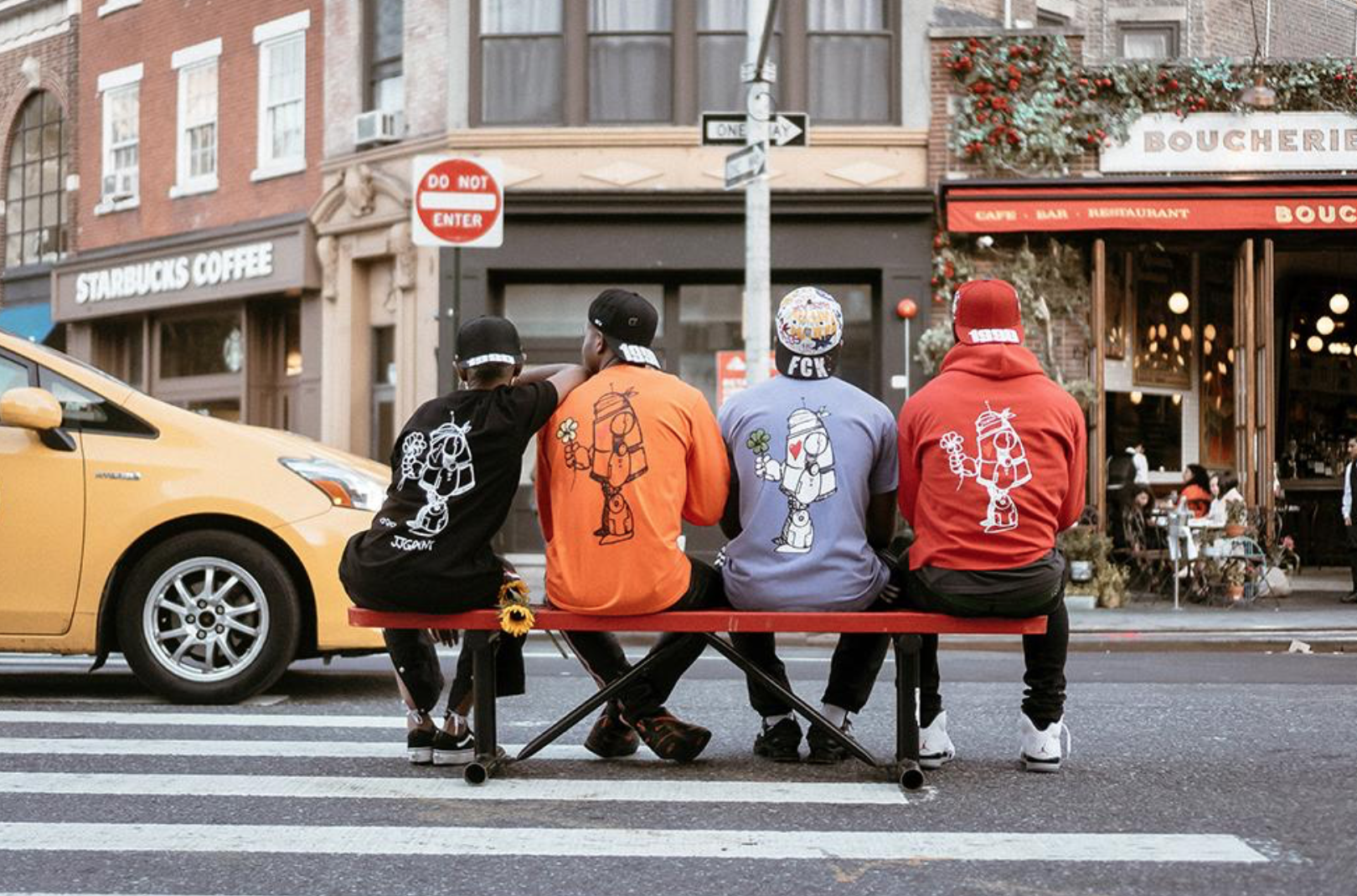 Paulette: Do you wear your own product? If so, what is your favorite piece?

JJGRANT: Yes, I wear my clothes. My favorite piece is the “fck nypd” hat. It’s bold. It’s clean. The body of the hat is an off white color, the brim is black and the “fck” that is printed on the brim reflects. I wanted the hat to resemble a police captain uniform. It is an extremely serious hat and it takes a special kind of person to wear it with confidence. The inspiration behind the hat came from Travon Martin. I wanted to create something that would be meaningful and real. At the time, the whole world was angry including me a innocent life was taken.

Paulette: Do you wish to collaborate with other brands/designers in the near future?

JJGRANT: I would love to work with other designers in the future and see what new colors we can create metaphorically speaking . I enjoy working with people who share my same passion. I enjoy the exchange of thoughts and opinions. 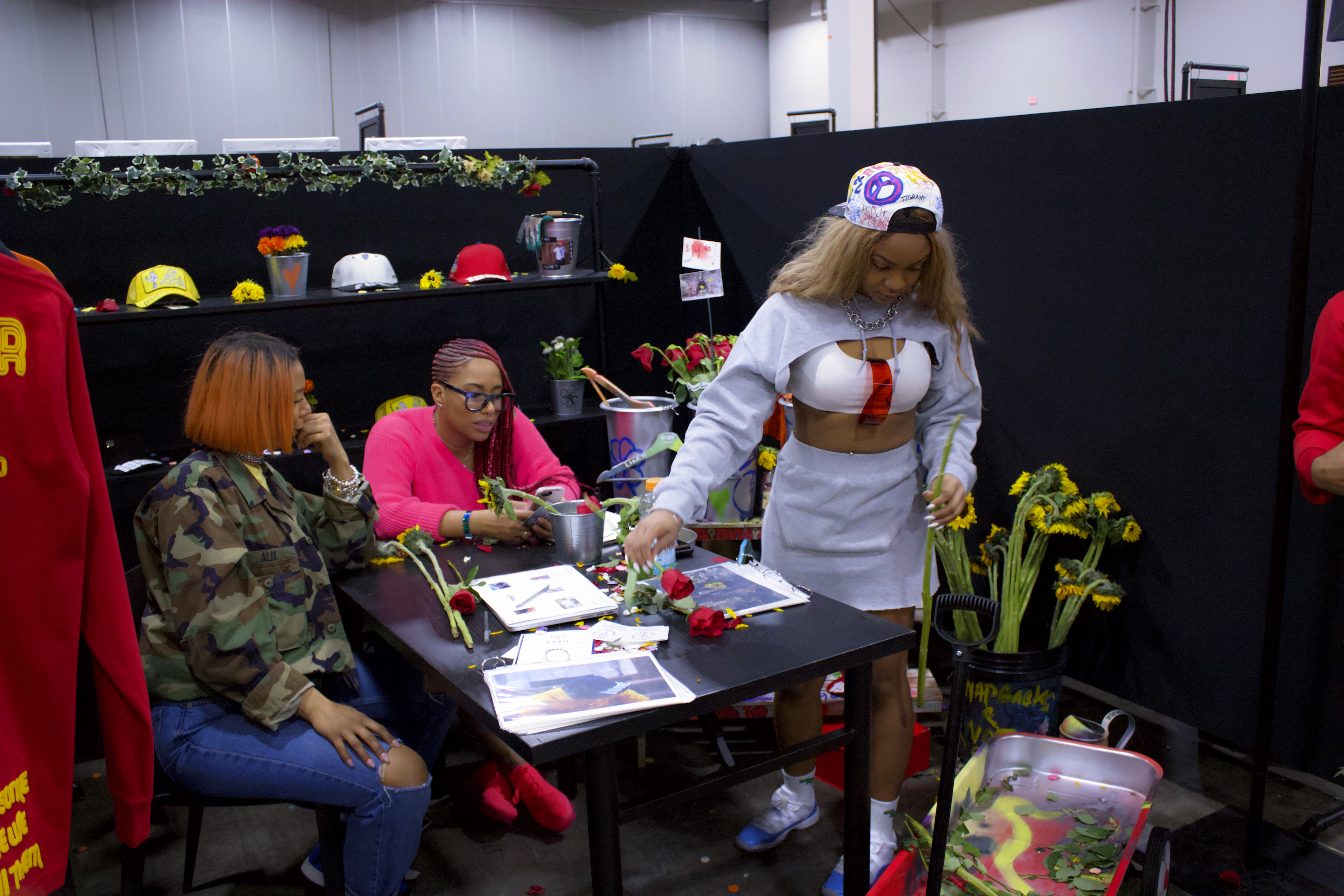 Paulette: How did your connection and approval from Agenda Show happen?

JJGRANT: Last year, I walked Agenda Show New York, I was invited by another brand. I wore my “I’m not a fcking robot” sweatshirt to the the show and everyone kept asking me where was my booth. I’m not sure if it was the slogan that caught their attention or the robot. I’ve wanted to present at Agenda Show for about 2 years now but never got invited to a show. I wanted to walk the show before I committed to it. So, at that moment, last year I told myself  “Next year, I’m doing Agenda Show but I’m going to Las Vegas”. Towards the middle of 2017, I reached out to the Agenda Show staff. I sent them my Look-Book and immediately Jan Lasely contacted me. He complimented me on the brand and he assisted me with the entire process along with Liz .

Paulette: What was the consumer’s response at Agenda Show?

JJGRANT: The consumers response was predictable most consumer see brands and they see a dollar sign. Nobody wants to take a chance on the new brand. Everyone is afraid of the risk new brands bring. Stores want you to talk obsessively about which artist wore your clothes and who are are affiliated too. It’s a popularity contest I rather not participate in. The stores that were interested in JJGRANT and what we represent, they loved the brand. JJGRANT didn’t just come to Agenda Show, we came and we left an impression. We gave out over 400 sun flowers and red roses. Whether you knew where the flowers came from or not you seen them everywhere. Even Jaden Smith took a picture with a rose at Agenda Show and the best thing about it was that it was authentic. We started the dead flowers movement in Soho last summer. Then, we did it in Washington DC, Philadelphia and now Vegas.

Paulette: Will there be any major releasing or projects we may need to be on the lookout for?

JJGRANT: We are having our annual pop up this summer in August. I don’t want to give away too much but it’s definitely something to witness and be apart of. Aside from that, we have a new collection dropping and we plan on touring at the end of the year. We will be having a series of pop up events all over.

Check out JJGrant I’m not a fcking Robot’s official website at https://jjgrantnyc.com for more information. Follow them on IG: @_jjgrant.