On July 18, 2016 at the Republican National Convention, Melania Trump was introduced and given the opportunity to lend her thoughts, feelings, and expectations to the American people with her as the potential First Lady of the United States.

As if all of that attention wasn’t enough, Mrs. Trump’s speech sounded…..well familiar in some areas, well…. some word for word areas to be exact from a previous speech made by our current First Lady, Michelle Obama at the Democratic Convention in 2008. 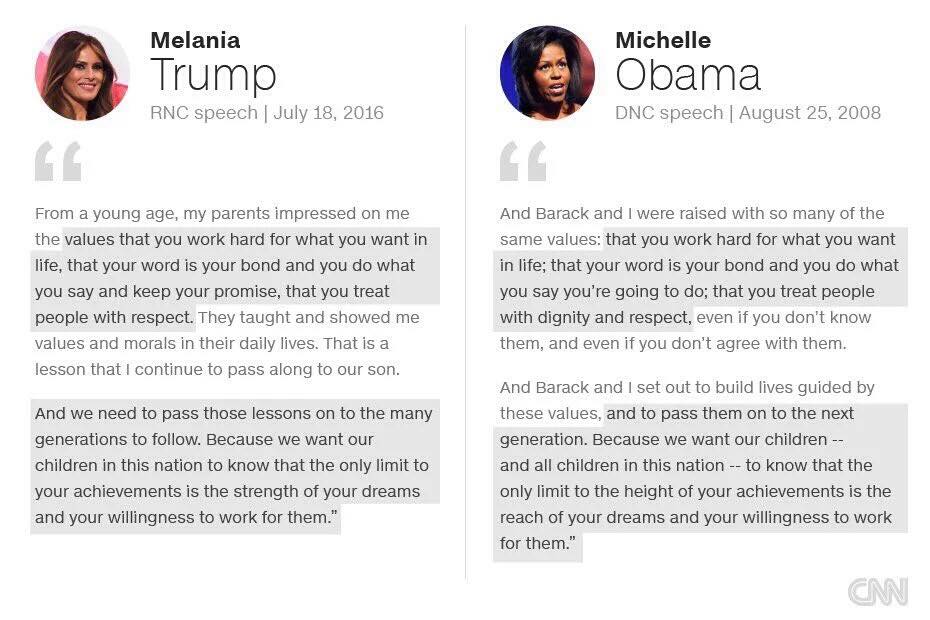 Once it was noticed, the internet exploded with the hashtag #FamousMelaniaTrumpQuotes along with some pretty hilarious memes.

Trump’s camp has been struggling to find the words to defend against plagiarizing accusations for the past two days since the convention, but today they published this apology from an in house staff writer. 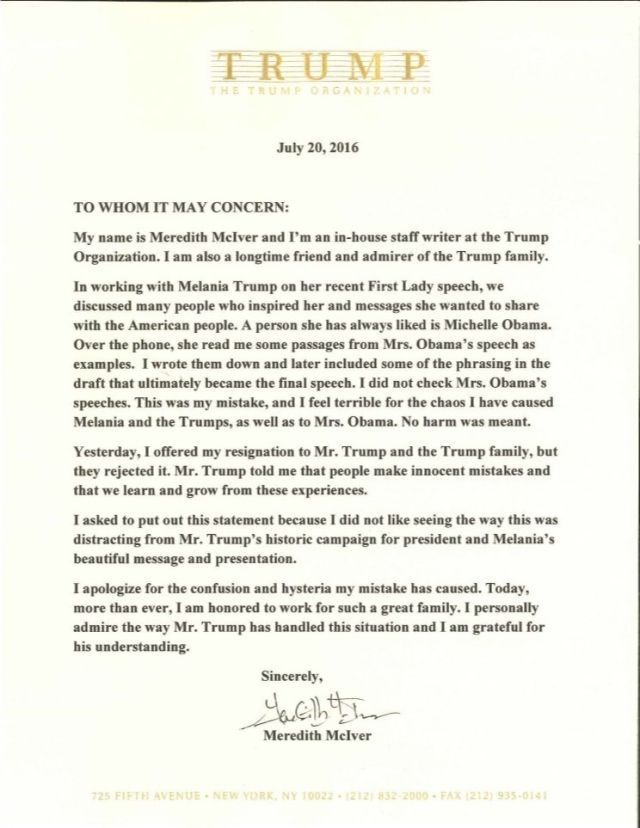 It’s clear McIver should have done research on previous speeches because it is her job. But I guess this does give hope to speech writers who make mistakes this catastrophic, you will always have a job with the Trump campaign.

The whole incident seems really weird and staged to me, but hey according to Donald Trump…all press is good press.