Yes, you heard that correctly Snoop Dogg just broke the world record for the largest Gin and Juice cocktail ever made.

Snoop took the stage at the Napa Valley music festival on May 26th, in North Carolina. The three day music and food festival helped create the World’s Largest Gin and Juice cocktail to have ever been mixed.

According to Guinness World Records, the cocktail contained 180 bottles of gin, 154 bottles of apricot brandy, and 38 jugs of orange juice. The glass in which it was served stood at a massive five feet tall, and three feet wide. Weighing in at a whopping 132 gallons, Snoop mixed the enormous drink with none other than a gigantic straw and giant pink umbrella.

Although, Snoop wasn’t alone on the journey to create history. Top Chef Michael Voltaggio joined Snoop, along with the popular grocery store chain Whole Foods. Rapper Warren G. also contributed to the party, as he stood along his longtime friend on stage.

The bigger than life cocktail pays homage to Snoop’s 1994 hit titled “Gin and Juice”. Snoop was presented with an official certificate by Guinness World Records to help him celebrate this massive collaboration. Snoop captured the moment on his Instagram, the caption reads, “In my DJ Khaled voice, another one.” 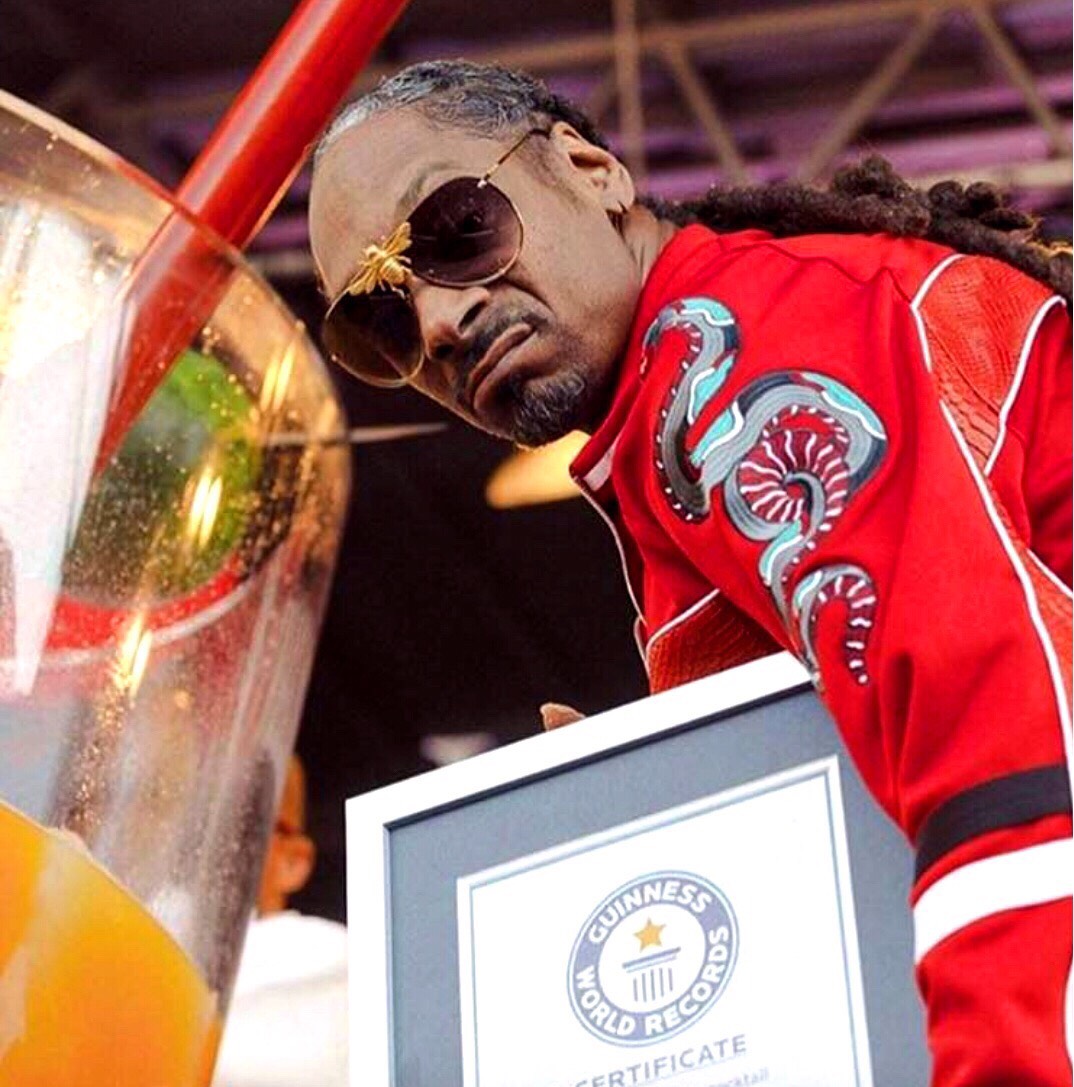 Snoop has never failed to impress us. Obviously, with the incredible music he produces to even hosting a game show called “Joker’s Wild”, his talents are beyond endless.

Snoop’s proven that not only is he a business-savvy entrepreneur, artist, lover of weed, father, but also a mixologist. He’s proven that sky’s the limit, and whatever you truly set your mind to, you can achieve.

Previous ArticleRihanna Launches Fenty Luxury Brand and is Now The Richest Female Musician in The World
Next ArticleAva DuVernay's "WHEN THEY SEE US" Is Hard to Watch, & You Need To See It
NIPSEY HUSSLE TUC RECAP