Last month, Chrissy Teigen shocked fans, by announcing she and John Legend had tragically lost their baby. She took to Instagram to share her and John’s heartbreaking experience posting “We are shocked and in the kind of deep pain you only hear about, the kind of pain we’ve never felt before,” with a series of photos of her at the hospital. After being diagnosed with partial placenta abruption, Teigen was made to deliver her child 20 weeks prematurely. She spoke on the pre-mature birth stating “We were never able to stop the bleeding and give our baby the fluids he needed, despite bags and bags of blood transfusions,” she continued. “It just wasn’t enough.” Following the child’s death, Teigen and John named the baby Jack, honoring his memory. 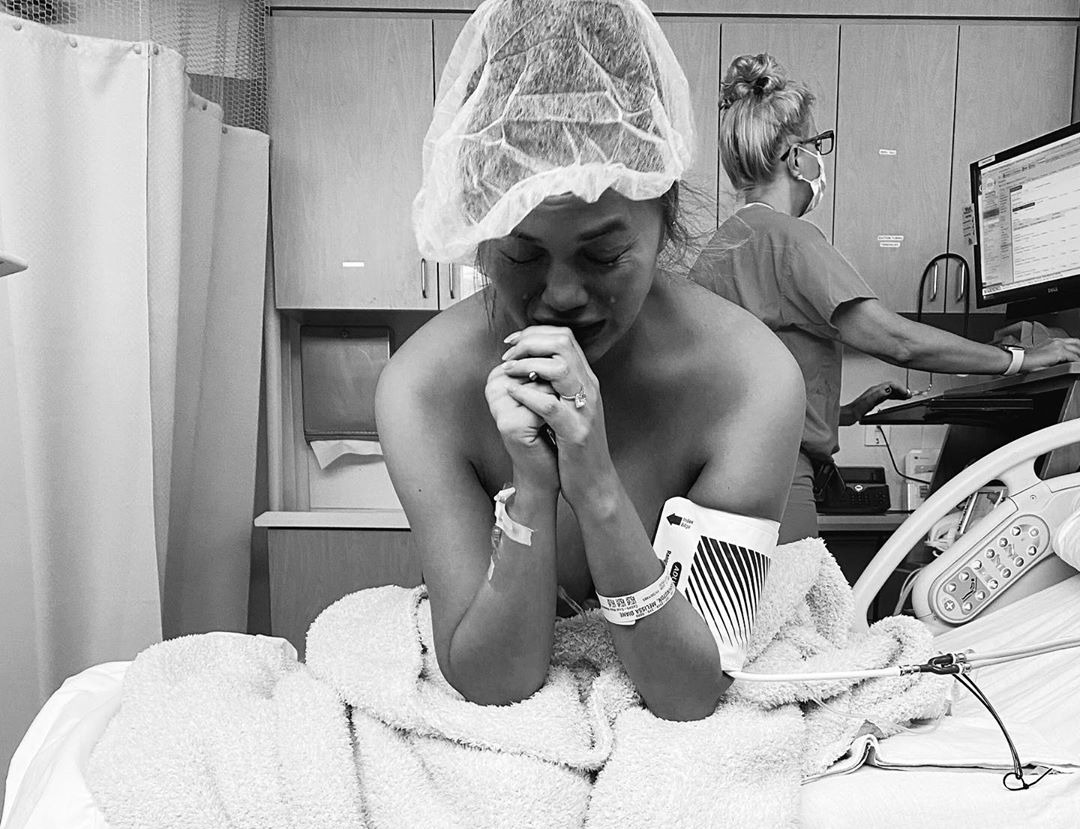 The former model revealed that during the entire process, she had John take pictures documenting each moment. While John was confused by the idea at first Teigen revealed she felt the pictures were necessary, stating “I explained to a very hesitant John that I needed them and that I did NOT want to have to ever ask. That he just had to do it. He hated it. I could tell. It didn’t make sense to him at the time. But I knew I needed to know of this moment forever, the same way I needed to remember us kissing at the end of the aisle, the same way I needed to remember our tears of joy after Luna and Miles. And I absolutely knew I needed to share this story,”. Although Teigen experienced some backlash for the photos, she quickly clapped back writing “I lived it, I chose to do it, and more than anything, these photos aren’t for anyone but the people who have lived this or are curious enough to wonder what something like this is like. These photos are only for the people who need them. The thoughts of others do not matter to me.”

Now Teigen has finally opened up on the experience through an essay uploaded onto Medium. In the post, Teigen took the time to speak on the highs and lows of the pregnancy leading up to that night in the hospital. However, she also spoke on just how much the unfortunate circumstance had changed her for the better writing “People say an experience like this creates a hole in your heart. A hole was certainly made, but it was filled with the love of something I loved so much. It doesn’t feel empty, this space. It feels full. Maybe *too* bursting full, actually,” she wrote. “I find myself randomly crying, thinking about how happy I am to have two insanely wonderful little toddlers who fill this house with love. I smother them with love while they ‘Moooooooom!!!!!’ me. I don’t care.” Teigen also went on to thank fans, family, and friends for their unwavering support and kindness writing “The moments of kindness have been nothing short of beautiful,” she shared. “I went to a store where the checkout lady quietly added flowers to my cart. Sometimes people will approach me with a note. The worst part is knowing there are so many women that won’t get these quiet moments of joy from strangers.”

The former model then concluded her essay on a touching note explaining that her choice to share her story was a part of her healing journey writing “I wrote this because I knew for me I needed to say something before I could move on from this and return to life, so I truly thank you for allowing me to do so. Jack will always be loved, explained to our kids as existing in the wind and trees and the butterflies they see. Thank you so much to every single person who has had us in their thoughts or gone as far as to send us your love and stories. We are so incredibly lucky.” 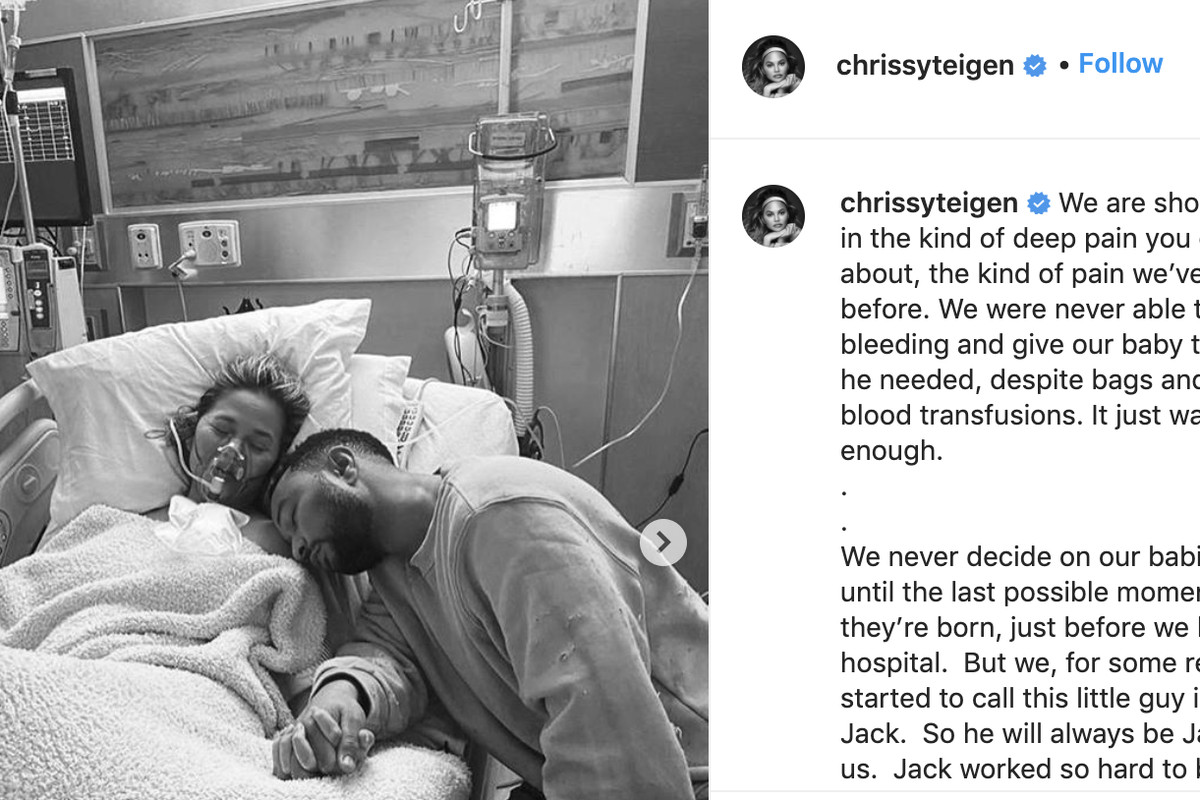 There’s so much we can all learn from Chrissy’s honest and raw story. In such trying times it’s important to remember to be kind to one another but also support one another. Chrissy’s story has already offered so much validation and support to the thousands of women each year who lose babies. Such an ordeal is never easy, and while there’s nothing that can soothe the loss of a child sharing your story can aid the healing process. Best wishes to Chrissy and John on their road to recovery, we’re all rooting for you.

Previous ArticleThe Swing States: Where the US Election Will be Won and Lost
Next ArticleAaliyah's Biography Book is Set to be Release on the 20th Anniversary of Her Passing
NIPSEY HUSSLE TUC RECAP