Behind The Art: International Graphic Artist Tula Lotay Talks Overcoming Hardships and The Importance of Following Your Passions

Facing adversity, no matter what form it decides to come in can always be a challenging endeavor. While some may succumb to the pressures placed upon them, others often find solace in creative pursuits and hobbies. And sometimes, those same activities can lead to even greater opportunities. Just ask international graphic artist Lisa Wood, who is better known under her pen name Tula Lotay. Coming from a less than ideal childhood, her love and appreciation for comics at a young age eventually led to her becoming a well known and respected figure in the comic book community.

In this exclusive True Urban Culture Magazine interview, Lisa discusses the origins of her passion for art, some of her favorite projects and collaborations, and the birth of the Thought Bubble Festival.

Shawn: I’ve noticed that you’ve chosen to use the name Tula Lotay on most of your social media platforms. How did you come up with it?

Lisa: Yes, it’s a pen name I have for my art career. The first part is a character from a film called Smoking Cigarettes and the last name is mostly just made up. I wanted to find an identifiable name that no one else would have, one that’s uniquely me.

Shawn: Ah, I see. So, what was your childhood like?

Lisa: It was kind of challenging growing up. I was put into foster care as a baby and adopted, so I think any child in that situation can feel a bit confused. My adoptive parents are amazing and told me everything at a very young age, but I think finding my way in life early on was a bit of a challenge. I didn’t really fit in at school and felt like a bit of a loner, plus I have dyslexia so I struggled with education. Delving into comic books really helped me learn to read and write, and it was more so into my teenage and college years that I started to make more connections with like-minded people

Shawn: Did dealing with dyslexia impact any of your goals while growing up?

Lisa: I grew up in a small town in England and came from a working-class family, so operations were really different back then as a 70s and 80s child. Pursuing a career in art was something that was usually unheard of. You’d have generations of families that would work in the same factories that their parents had worked in, so that became what was expected of me. So, it was already a challenge going into the field that I wanted to go into, and dyslexia brought along its own problems. It wasn’t something that was widely recognized then, meaning I had to educate myself and kind of learn to get by on my own. However, looking back on it, I think being dyslexic taught me to think outside the box which proved to be more beneficial as I’ve gotten older. 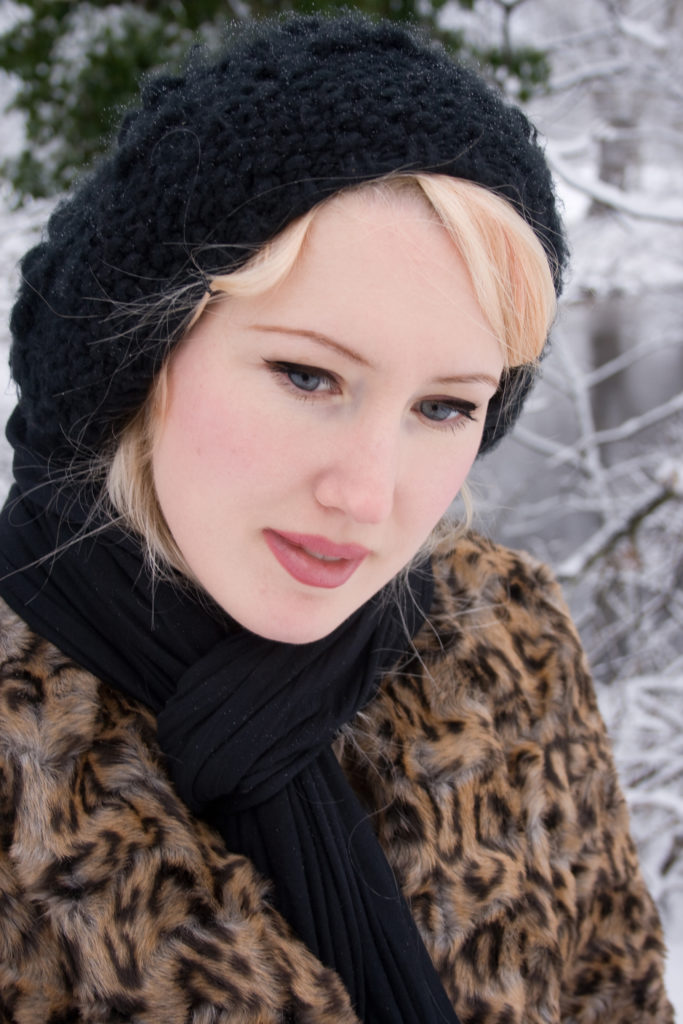 Shawn: Speaking of which, since you mentioned being around comic books a lot growing up, would you say that influenced you to become a graphic artist? Were there any significant experiences?

Lisa: Absolutely! Since comics were such a large part of my life as a child, it’s all I wanted to do really. I was always drawing, like all the time. My dad used to pick up comics from the market where we lived, so I’d always get stories like Return of the Jedi Weekly, Frank Miller’s Daredevil, and X-Men. I really enjoyed reading those at the time, and when I became a teenager was around the time DC Comics launched its more edgy adult line Vertigo. So, I was just the right age for titles like Preacher and The Sandman, which made me just love the whole medium more.

Shawn: What would you say is your favorite comic book?

Lisa: It’s always been Daredevil. If I had to pick one series from my childhood that’s been consistently good and that I’m able to jump in and out of, it would be that. Even when the writers and outfits change, the editor always picks really incredible stuff. There have been wonderful variations of Batman as well.

Shawn: So how were you discovered? What was your first project?

Lisa: It all came together at once. I was working at a comic store and we came up with the Thought Bubble Festival. It’s like a community festival based around the medium of comics. We got a lot of support immediately and, because of that, I got to know a lot of people in the industry. I was still drawing for myself and I hadn’t really explored a career in illustration since I thought it was unobtainable. This was around the time that social media sites like Tumblr, Twitter, and Instagram really started to take off, so I started putting my artwork online. Suddenly, people in the industry that knew me were like “Oh my god, you can draw?!” Having that encouragement from my peers, editors, and publishers made me think “Maybe I can do this,” and I started getting offered work very quickly. The first being from Richard Starkings on Elephantmen from Image Comics, followed by The Witching Hour with Vertigo, and the Fables graphic novels. Even though I came in at a late stage, I was fortunate enough to hit the ground running and it hasn’t slowed down since. 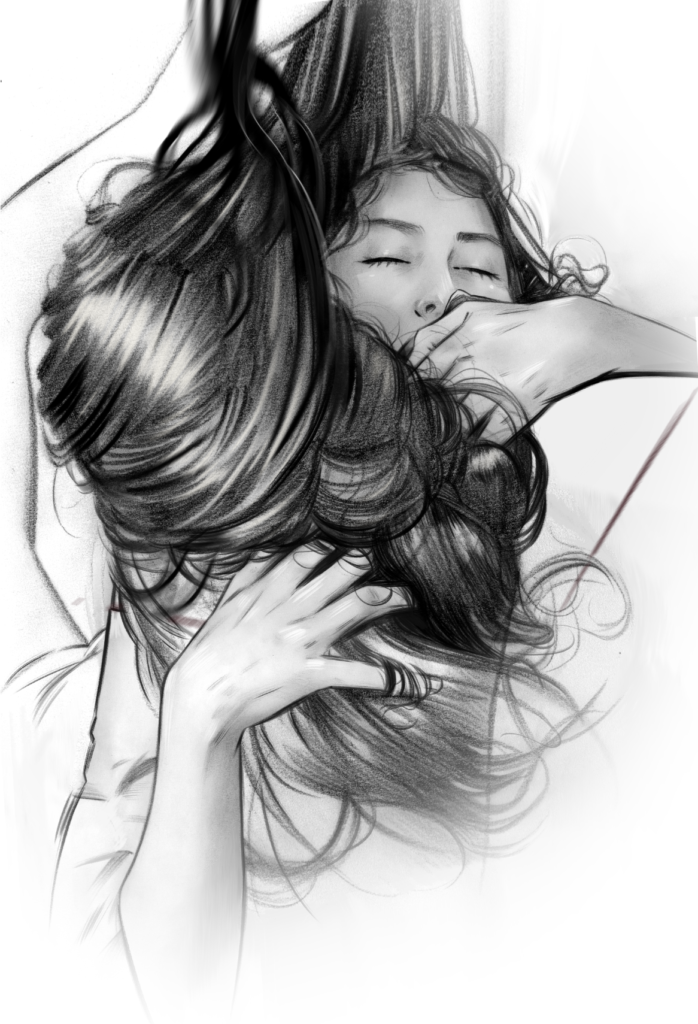 Shawn: Jumping back to the Thought Bubble Festival, how did you come up with that?

Lisa: It was while I was working at Traveling Man, a comic shop in the UK. Because of my struggle growing up with reading and writing, and teaching myself through comics, I just wanted to use the medium of comics to help other people who might be feeling the same. By putting on the festival and inviting industry professionals, they would help run workshops for young people and adults that would teach comic fundamentals such as world-building, dialogue, and character design. I wanted to provide it to the community for free so they could have fun and experience a medium that I love so much.

Shawn: Okay, what would you say was your favorite project or collaboration to work on?

Lisa: I love working with Warren (Ellis), I get along with him really well. I love the way he writes and the freedom he gives me, so Supreme: Blue Rose was the perfect project for me to start with.

Shawn: Considering that you’ve worked with so many different comic companies like Marvel, DC, Dark Horse, Vertigo, and Archie, do you have a favorite or favorite character that you enjoy designing the most?

Lisa: It’s hard because I’ve never really gotten to work with a lot of my favorite characters too much. I’ve had Marvel ask me who I would like to do a series with, and I’ve always said Daredevil and Elektra because that would be my dream job. But, at the same time, it makes me quite nervous, because when you have characters that you cherished as a child and get to be a part of their creation, it gets a bit intimidating. Otherwise, I absolutely love working with DC. My first project was with DC, I love the editors there and their guidance. It’s really lovely when you work for a company where people care about you as a person and give you great projects and space to do what you want to do. 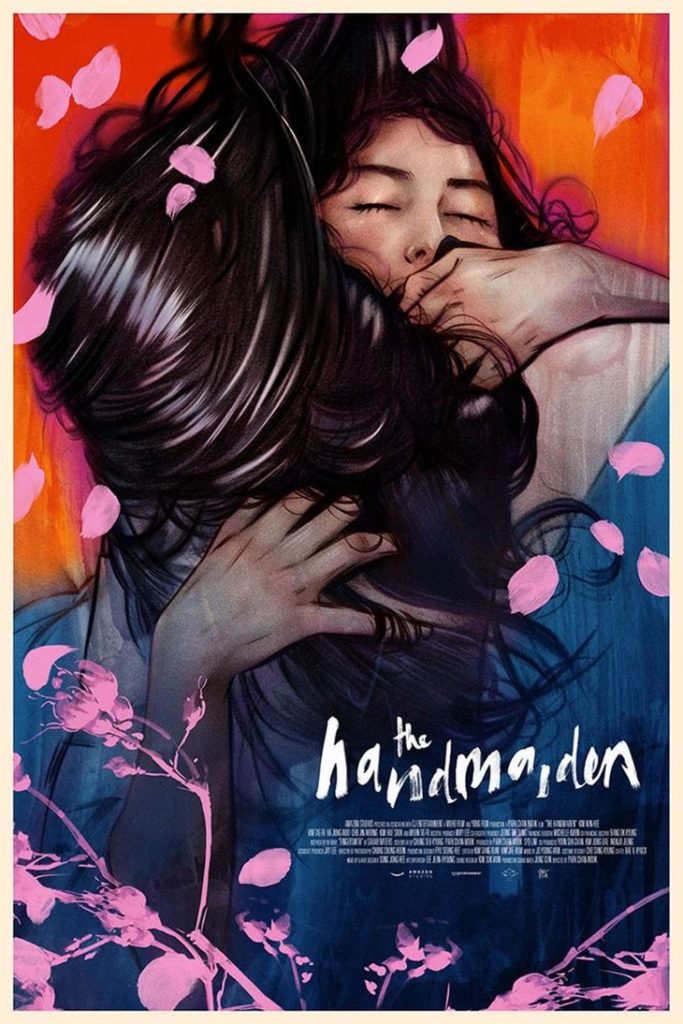 Shawn: So, you recently won the Bob Clampett Humanitarian Award at this year’s San Diego Comic-Con. How did that feel?

Lisa: It was just crazy! Like really overwhelming and amazing. I mean it was given to me, but, really, it belongs to Thought Bubble and all of the work that we’ve done. We’re a group that’s been working on this really hard and tirelessly for years, and most are volunteers. Thought Bubble wouldn’t be what it is without their hard work and conviction to get something done and passion for the community. I felt incredibly proud!

Shawn: What are some future projects that you would like to work on or are currently working on?

Lisa: I’m really excited about this project with Becky (Cloonan). I can’t give too much away, but it’s going to be a pretty sexy period horror story. I’m also excited to continue more of my film work, I’m going to be doing some more concepts and working on some more movie stuff. I’m ready to tell some more stories through comics in the future.

Shawn: Being a DC fan, would you like to work on any of the DC Animated Universe films?

Lisa: Absolutely! I’ve always really loved the animation from being a child that was obsessed with the Lord of the Rings animation. There’s a lot of manga that I really love, and its really interesting what DC and Netflix have done with animation. 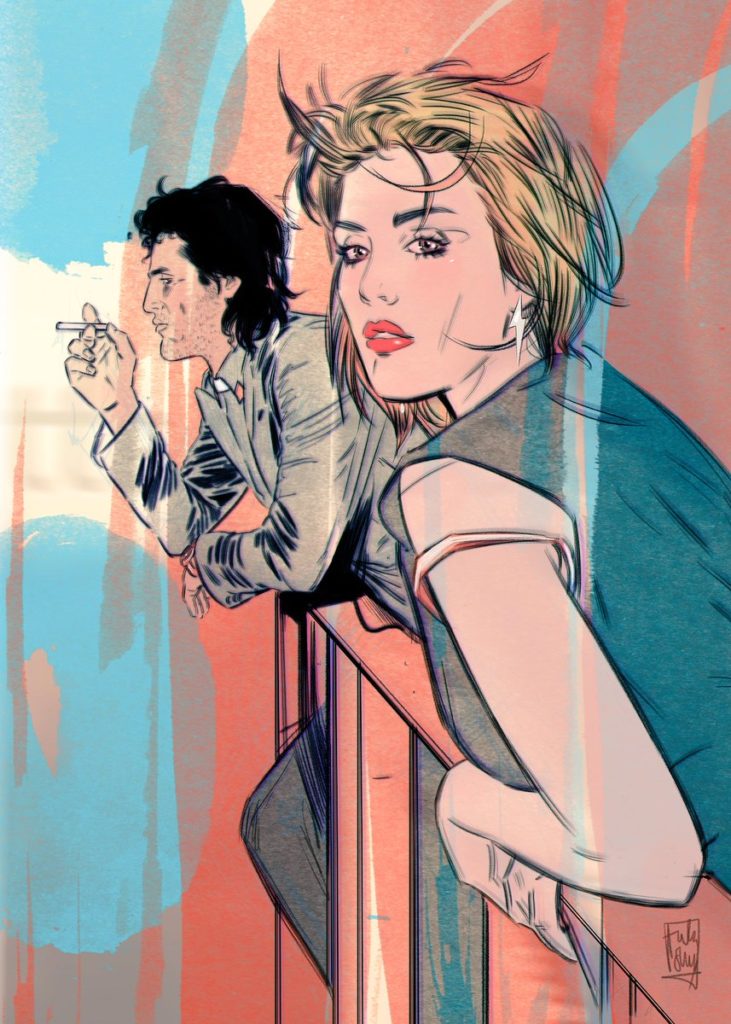 Shawn: Finally, what does the phrase “True Urban Culture” mean to you?

Lisa: When I think about that, I just think about big cities and a melting pot. Like I’m from the UK and I visit America quite a lot, London is similar to New York yet very different. So, when you hear “true urban culture,” I think about how it attracts people from all over the world and they bring along their cultures with them. And that’s something I absolutely love and find fascinating.

Make sure to follow Lisa Wood on most social media platforms under the name Tula Lotay, and visit her website at TulaLotay.com.

Previous ArticleInto the Spider Verse is Swinging Back into Theaters
Next ArticleDrake Gets Booed Off Stage and Tyler, the Creator Had Something To Say
NIPSEY HUSSLE TUC RECAP