Skatepark : With the Help of Virgil Abloh and Daily Paper, Ghana is Finally Welcoming the Skate Park it Deserves

With the assistance of Virgil Abloh and the Daily Paper clothing brand, skateboarding is set to take off in Ghana. In this article, we will go further in-depth on this wonderful project consisting of building a fully functional skate park right in the middle of Accra.

Who joined this partnership? 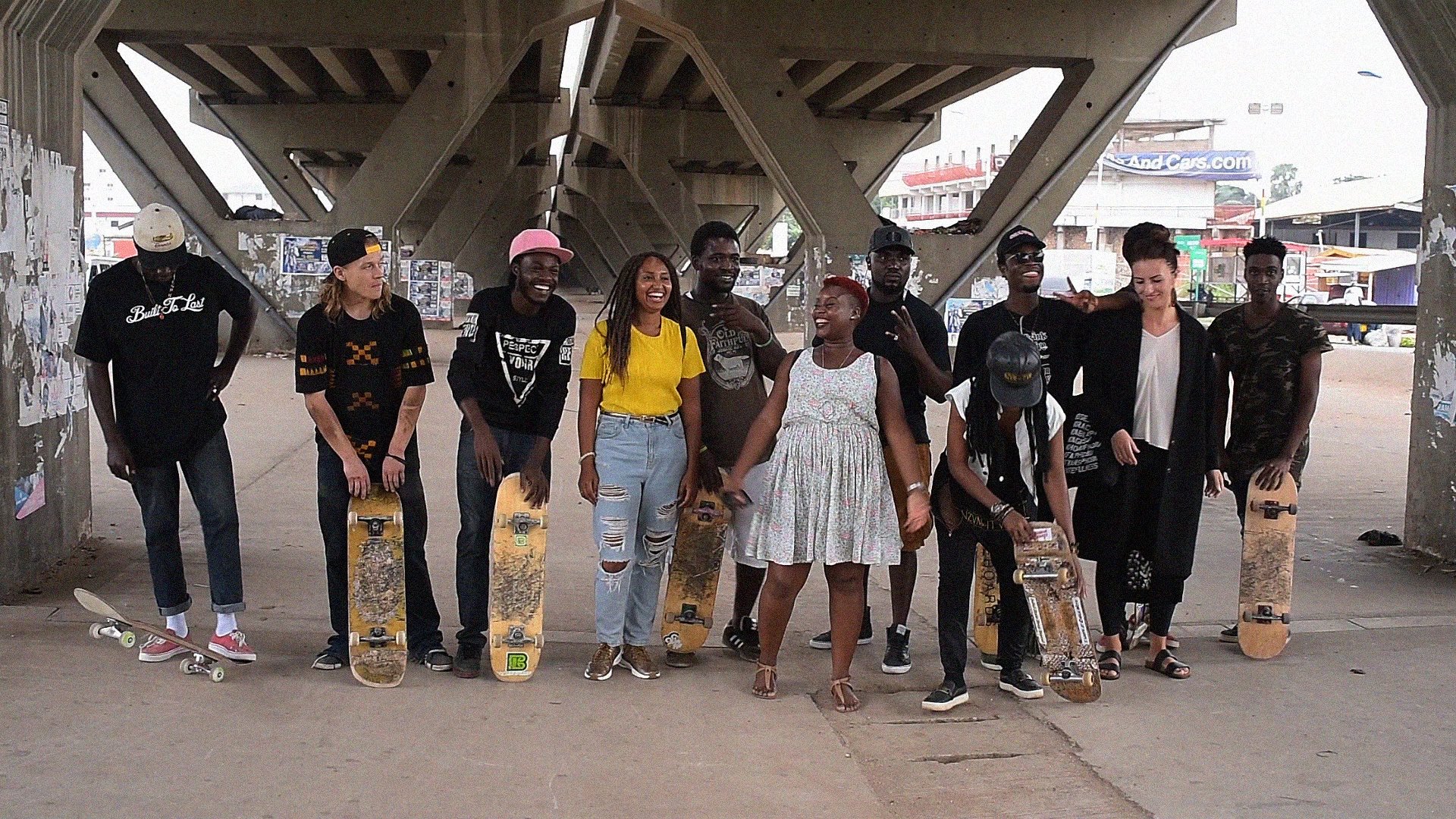 Virgil Abloh – Vans and Off-White™ founder firm – is linking up with the social collective Surf Ghana and design studio Limbo Accra to bring joy to the Ghaianan youth by building the Freedom Skate Park. “I know what skating can do for the youth,” says Sandy Alibo, Surf Ghana’s founder who’s dreaming of getting a skate ramp since 2026. “It makes kids forget their problems. No drugs, no violence. Just one goal: Learn the tricks; do the tricks. It’s a family.” But we shouldn’t forget Daily Paper – a clothing brand – who prefers this time to participate in a charitable cause rather than a new collaboration. Furthermore, Skate Nation, and Surf Ghana – an NGO that supports outdoor sports in the West African country – are the principle actors for this creation. The construction and design are handled by local architects Limbo Accra and Wonders Around the World – an international organization which is dedicated to making skateboarding accessible worldwide. Finally, Vans can be proud of supporting a skate teaching program.

“This project has a nice flavor—it has the diaspora; it has the local. We are working together all of us for Africa. We have a common goal.” tell Alibo.

What does skateboarding mean for them? 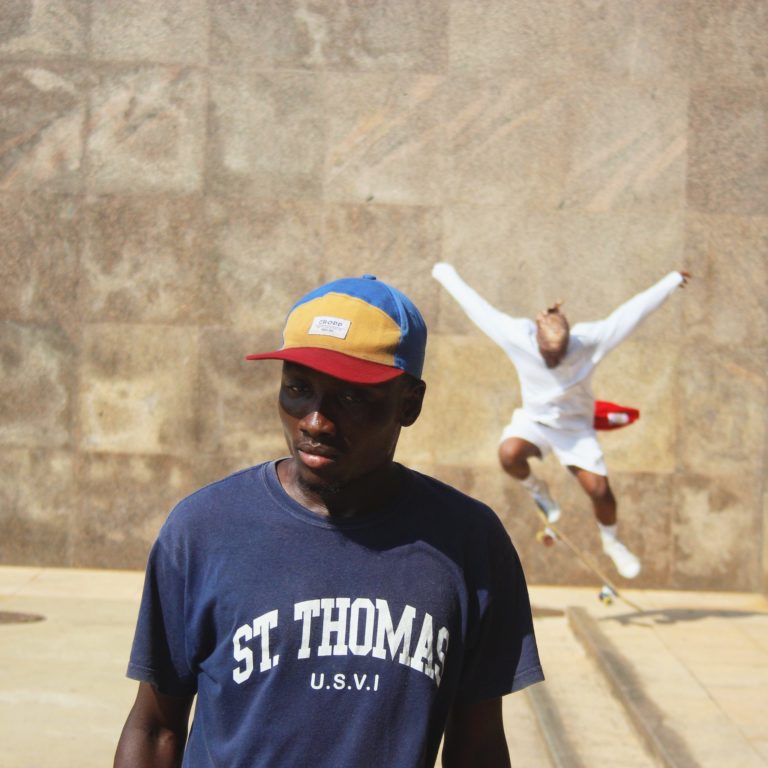 Skateboarding has been known since the 1950s in some Northern countries such as the United States of America, but specifically, California. But in some countries such as Africa, it hasn’t been long that it became a cultural phenomenon in the country, mostly due to the kids doing crazy tricks on Instagram. Note that on the 4,000 full-on skate parks around the world, there are only 10 in Africa – that’s lame. This phenomenon began with Joshua Odamtten – a Ghanaian teenager who saw somebody skating on TV and got inspired. However, after searching around the city, he couldn’t even find one board. But, one time, he met someone out of town who got a skateboard. Amazed and shocked, he asked if he could buy it from him. He then learned from his favorite skaters and then rode around town looking for people like him and helped them to find some nice skateboards. And, after organizing skate meetings with these passionate people, Skate Nation was born – with now over 3o members on board… “Skating brings people from all around,” claimed Joshua Odamtten.  “They now have a place where they can be themselves, freely develop their skills together with like-minded people and reach their true potential. Hence the name Freedom Skatepark,” explained Jefferson Osei. 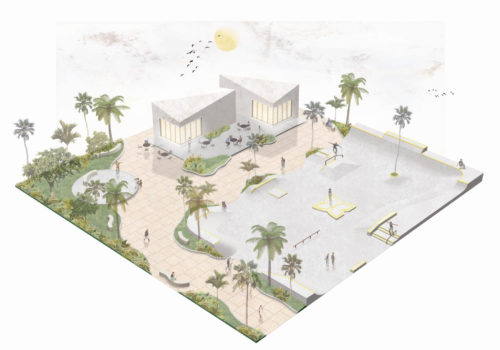 Now everybody’s asking, what is this skatepark going to look like? The skatepark, called The Freedom skate park has an already secured location in the Dzorwulu district and should be finished by July 2021. Alibo – the founder of Surf Ghana, a skateboarding community in Accra – thought outside the box and proposed that the skatepark should be equipped with bathrooms, wifi, and a local store that will not only sell equipment but lessons for the beginners. And the icing on the cake, they proposed to employ local kids. And it’s not finished now: this skatepark will be environmentally friendly and will offer a free green space for the public who will be able to spend a good moment watching skaters doing tricks. It will be made of recycled and local materials “We deserve to create a quality ramp—if we’re going to do it, we’re going to do it right,” says Alibo.

How will they fund this amazing project?

This project asks for a very big amount of money, and to make this dream go reality, they’ve begun a months-long fundraising campaign. The Ghanaian skaters called and prey the principal actors we’ve seen above to participate in this fundraising campaign. To take part in the project, Virgil Abloh and his design studio Alaska Alaska will craft the brand identity of the skate ramp, including the park’s logo, the design of the skate house, and furniture, in collaboration with Limbo Accra. Off-White and Daily Paper will be releasing a series of exclusive capsule collections to benefit the project, with the first launching on December 21 at a pop-up in Accra at the Mhoseenu gallery and online on January 15. Alibo tells happily that “Virgil and Daily Paper came and listened—they didn’t just do whatever they wanted; they talked to us and supported our ideas.”

🇬🇭 In our latest adventure we hit Ghana to meet Sandy Alibo and the Accra skaters. The community are working hard to build the first Ghana skatepark ever.

To conclude, the skating culture isn’t going to end up with this skatepark. Alibo’s got plenty of ideas inside her mind. Her team dreams of building a Ghanaian national team, encourage competition across the continent, and eventually participate in the Summer Olympics’ skateboarding category – which will debut in Tokyo next year. “We’re hoping that the park will make it easier for people to practice in one place, but also for us to organize the official competition. I can invite people from Togo, from Ivory Coast. We can build something in Africa,” she says.

Skateboarding is more than riding a board; it gathers all kinds of people and spread love and happiness.