Black Sitcoms Aren’t What They Use to Be

“MO – to the- E to the” if you know where this iconic line is from then you’re reading the right article. A couple of months ago, Netflix pledged to put more black stories on their streaming site. They sent out a list of 90s black show they would add. I and every other black person were excited to see, Moesha, Girlfriends, Sister, Sister, One on One, and even The Game come back. I vaguely remember some shows because I was very little when they premiered, but watching them now being a young adult has been amazing. Netflix definitely hit the nostalgia button for everyone. One thing I really noticed though was that black sitcoms today aren’t what they use to be. What I mean is that these 90s sitcoms were unapologetically black and the ones today simply just aren’t. I posed a question to my friends and family, why aren’t there any of these shows today? Why don’t black people have shows like Moesha, Sister, Sister, and Living Single?

When we talk about 2020, we say we are really progressive, but the media isn’t really representing that. If anything, the 90s was way more progressive than shows are now. With the majority of sitcoms showing affluent middle and upper-middle-class black households which is something that is real. All these shows tackle real issues as well. The show Moesha had an episode on interracial dating and how racism is still prevalent. Living Single, and Girlfriends showed a really diverse black friend group and the struggles of being black women and dating. A story that does need to be told more. The 90s black sitcoms often showed love to all HBCUs not just “the top three”. Characters would wear Texas southern, Southern, PVAM, Morgan State apparel during the show. Seeing representation and praise of HBCUs matter, and the rare amount of black sitcoms we have today don’t represent HBCUs as much anymore

The number of black sitcoms has defiantly shrunk. In the 90s and early 2000s, you had a plethora of em. You could find them on virtually every channel you went to. Today we probably have less than when did before. I first thought that studios didn’t make the sitcom genre anymore, but every pilot season they still crank out a few. It’s sad that there aren’t as many black sitcoms that have a diverse cast and represent black people in America the best. The only true black sitcom that I can remember from the past couple of years was 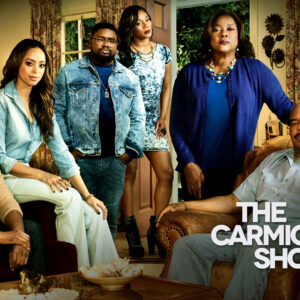 The Charmichael show. That show lasted about 3 seasons that premiered on NBC in 2017. The show touched a lot of topics that black families now go through and talk about. I thought the show was great and was something that we needed. Sadly the show was cut short for some reason. We still have Blackish, Grownish, and Mixedish which in their respective rights are okay, but that’s just a small number of black sitcoms and shows. I think what Netflix did was amazing and it showed a new generation of what black sitcoms were and what they could be in the future.