It’s Black History Month! A month full of blessings, culture, and excellence. Every year we revisit and honor those who’ve contributed to our history in many different aspects. This year I’d like to honor some Black figures who’ve helped shape my current culture.

The past several years have allowed many Black faces to emerge and dominate in a wide range of fields. I’m going to highlight several icons from different sectors.

1. The Holy Trinity (Rihanna, Nicki, Beyoncé). Each of these women has and are dominating in each of their music fields. Nicki has raised the bar for what a successful woman in rap consists of. Rihanna has created timeless records, whether it’s pop or R&B. Beyoncé has created a legacy in music that can’t be touched or matched. These women have shaped our music culture with their solo projects and their collaborations. Sonically, I appreciate the versatility of their individual catalogs. Outside of music, these women have become successful moguls in their own ways. 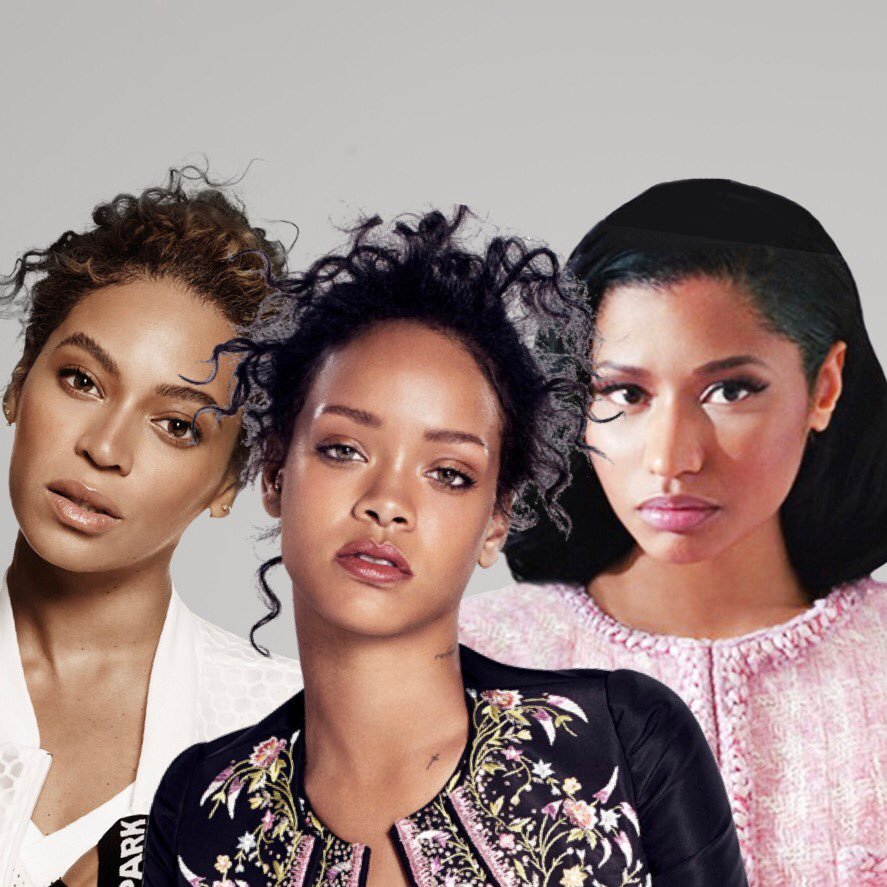 Nicki Minaj became the first woman to reach 100 entries on the Billboard Hot 100 back in 2018.

2. Kehinde Wiley became the first Black artist to ever paint the presidential portrait in 2018. His painting of Barack Obama was unveiled at the Smithsonian National Portrait Gallery and has been on display since Feb. 2018. The Museum recently announced that the painting will be going on tour in 2021. Amy Sherald’s painting of Michelle Obama and Wiley’s painting will be available for view in only 5 cities during “The Obama Portrait Tour”. The tour will kick off in Chicago on June 18, 2021, and will wrap up in Houston on May 30, 2022.

3. Shonda Rhimes became the first Black woman to create and executive produce a Top 10 network series with “Grey’s Anatomy”. “Thank God It’s Thursday” became a marketing tool for ABC after the success of each of her shows. Rhimes signed a multi-project deal with Netflix back in 2017, which includes her creating new Netflix Originals.

4. Ava DuVernay is the first Black Woman to Direct a $100 Million Film with “A Wrinkle in Time”. Ava has become one of the greatest directors with a catalog that includes, “The 13th”, “Selma”, “Queen Sugar” and “When They See Us” and so much more. “When They See Us” has the same effect on me each time I watch it, it’s extremely thought-provoking, painful, triggering but that’s exactly what we needed in the series.


5. Hetrick-Martin Institute aka HMI has always been a place full of love, laughter, and back-breaking. HMI and The Door became staples within the Black LGBT community back in the ’70s, but heavily in the 00’s and forward. Many of the NYC LGBT youth has stepped foot into these safe spaces and can always expect to be treated the same.

Honorable Mention: The ballroom scene originated in the 1920s and became a safe space for Black and Latino LGBT individuals in New York to create their wildest realities and escape from the trauma they face on a daily basis. “Pose” has become a huge phenomenon in today’s society and I’m extremely grateful for that. The ballroom scene has heavily impacted the world of dance, fashion, and overall mainstream culture for years.