Rumors of a titanic crossover match in the fighting world have been circulating for over two years. At last it seems the tensions/egos between Floyd Mayweather (notably the best boxer alive) and Conor McGregor (arguably the best UFC fighter of his time) have manifested an official time and date for a fight of the century.

A year before McGregor’s historic 13 second win against then champion Jose Aldo, he made a claim in Esquire Magazine that he could beat Floyd Mayweather “In less than 30 seconds.” Sure enough, after that comment hit the internet, the web starting buzzing with memes, forums, and clips showing/discussing the theoretical fight, which seems only natural given that McGregor agreed to fight under the rules of the World Boxing Federation and that there’s no precedence of a UFC fighter taking on a boxer, yet alone THE boxer in a 12 round match.

For those unfamiliar, Floyd Mayweather Jr., now 40 years old,  has been fighting professionally since the age of 19 and currently holds 5 world titles with a record of 49 wins and 0 losses. In addition to his stats, his success in different weight classes has led Mayweather to be referred to as the embodiment of boxing and a fighting genius.

Notably, McGregor’s accomplishments are extensive as well.  Other than being known for  his substantial record (21-3) and earning the UFC featherweight title in under 13 seconds, he also had success at multiple weight classes, which include welterweight, and lightweight where he holds another title.

Nonetheless, at the time of the rumor boxing fans seemed immediately dismissive of the potential fight… some even claiming that it would be a blood bath, which essentially encapsulates one of the two outcomes viewers are projecting for this hopefully epic battle. Most people believe that McGregor will be defeated in seconds given his lack of formal boxing experience and Floyd’s unmeasurable skill, where others assume Conor can hold his own, namely McGregor himself.

After the rumor started becoming relevant to the Mayweather Team,  Floyd went public and declined any sort of notion that a fight would take place, however, the internet had already been teased with the idea of the ultimate “what if” match-up between UFC’s and Boxing’s greatest. Despite the fast attention span of the web, this wasn’t an idea that could be easily forgotten.

The tremendous amount of popularity enticed the UFC franchise to officially approach Floyd and Conor with a deal to make the rumor reality. Given his previous statements, Conor’s side was essentially ready for the fight immediately, however, Mayweather’s team didn’t see the worth in the match. Conor had everything to gain, and Floyd had everything to lose like his reputation and perfect record…though I doubt the thought of loosing ever crossed Mayweather’s mind legitimately. But even still, he was content with retirement given his amazing career. Wining against Conor on his boxing debut wouldn’t boost his reputation at all, so money was the only thing to get Floyd out of bed, but after his last hall from the Pacquiao fight ($420 Million), it was gonna take a lot of it. 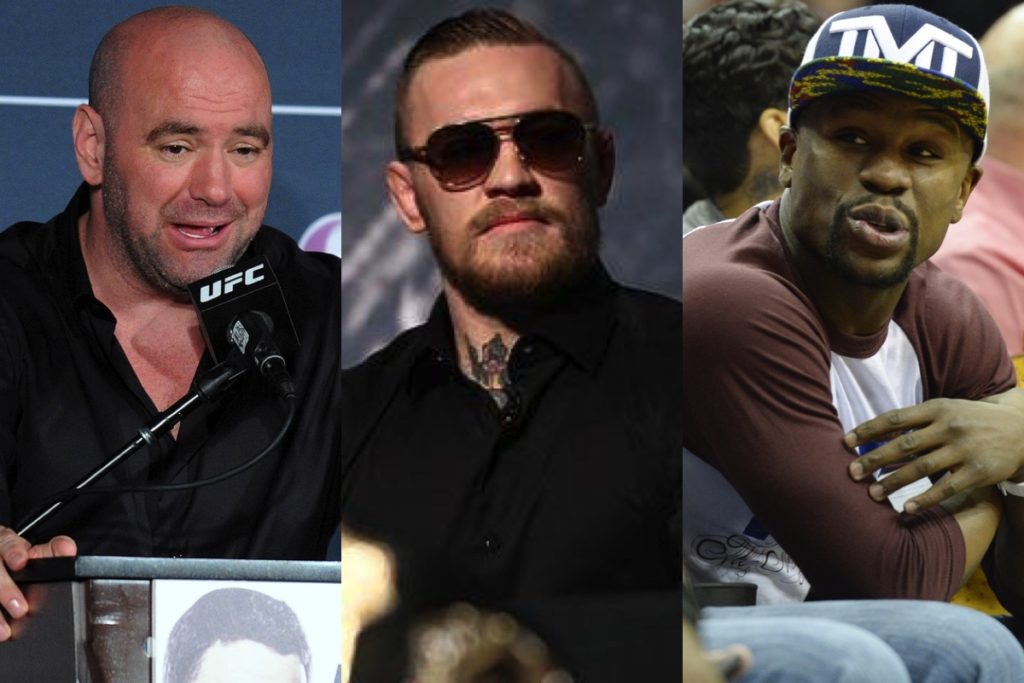 After a series of declines on Floyd’s side, UFC president, Dana White was able to make the Money Mayweather team finally agreed by offering an enticing split. Both fighters are projected to walk away with over 100 million dollars.

Regardless, who you’re routing for, this is sure to be a fight that will be talked about for ages. Since this isn’t a match in the octagon, McGregor is the obvious underdog going into this fight, but he’s counting on his natural skill, reflexes, and tremendous confidence to lead him to victory.  On the other hand, Mayweather has literally dedicated his life specifically to mastering the sport of boxing, moreover, he has remained undefeated while facing iconic opponents within the top tier of world class boxers, so the odds are heavily stacked in Floyd’s favor.

Realistically, it’s a long shot that McGregor can defeat the quintuple world champion, but Conor’s confidence and achievements in the UFC world leave spectators unsure that there’s absolutely zero chance.

At any rate, we’ll be sure to find out in who the better boxer is soon enough; the fight can be watched in Las Vegas’ T-Mobile Arena, or Showtime pay-per-view on Aug. 26th.