TikTok – Is it Robbing Our Kids of Innocence?

TikTok is the app that carried much of the general population though the early stages of a global pandemic through online-entertainment and is now within the top five most downloaded apps from the App Store. Some of us have wrapped our heads around the app’s interface, others have tried – and failed. However, the youngest of Gen Z has seemed to have gained the greatest aptitude on the app, and this could be more dangerous than many might believe.

TikTok is best known and credited for the emergence of “TikTok dances,” the likes of which have skyrocketed the online careers of hundreds of teens. While many parents believe that this kind of harmless content is what their children view daily on the platform, they are sorely mistaken.

TikTok’s algorithm works like many other popular social sites do, pushing content to users based off of engagement with similar content. However, Tiktok also pushes content that users might not normally interact with, in order to keep the feed diverse. This is where a significant issue lies – content that young users might not normally view can be pushed to their feeds, and such videos play automatically. It’s the luck of the draw, rather, the algorithm; you never know what you’re going to get. All of the content on the app is niche-based, meaning that your views determine what “side” of TikTok you’re on. These niches span much further and much more in-depth than some could have ever imagined. While some of them include dances, plant care, fan-pages, or cooking, others may exhibit mature content, revealing clothing, and sexually suggestive scenarios. Just the other day, a video was randomly pushed to me that featured an acting POV for a BDSM/kink scenario. I laughed at it and continued on with my scrolling, but for a 13-year-old, the content would likely be suggestive in a manner that young minds are not at all ready to comprehend. The problem is that there was no way for me to stop this content from being suggested initially. 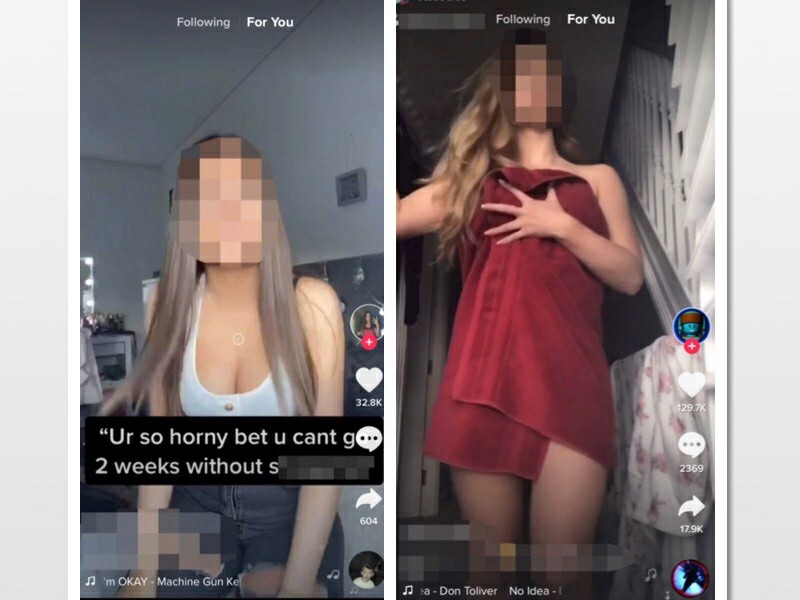 The app does require users to be at least 13 years old when registering for an account. However, just as with YouTube and other like apps, there is no way to check validity of user’s real ages, and even still, much of the content on the app is not appropriate for young ages. Yet, with age of usership comes another issue – that underage users may publish whatever content they please, and public accounts may reach an unlimited number of screens of other users. One father of a 7-year-old girl warned on a public forum that a predator attempted to contact his daughter through the messaging portal after she had posted a video. While the app can be a place for expression and socialization, the dangers of exploitation of young bodies remains a serious issue.

Yes, there are issues with the app being so readily available to young users, but there are means by which parents may protect them as best as possible on the app. First, I would suggest ensuring children’s accounts being set to ‘private’ so that only friends can view their creations. Next, TikTok’s default setting is to enable location services – disable it. Also, familiarize yourself with the app! There are some audio clips that are used in some videos that are tell-tale signs for inappropriate videos. Lastly, monitor your child’s account and check who they are following – do not let the novelty of the app keep you from viewing the same content that your children are.

The breadth of the niches on TikTok are certainly overwhelming to consider, especially when videos are so easily accessible for youths. Because much of the content on TikTok can be found inadvertently, there are many protective measures that must be taken to ensure safety and privacy on the app. There is of course no way to rid the influence of inappropriate videos on young users entirely on the app, but taking some of these precautionary measures is a good place to start.

Previous ArticleDwayne "The Rock" Johnson TV to premiere on NBC
Next ArticleWhy Are So Many Innocents Put on Death Row?
NIPSEY HUSSLE TUC RECAP