Yes, you read that right. Her name was Sally Ride, she was a physicist and astronaut, and on June 18, 1983, she became the first American woman in space and the third woman in space overall. To this day, she remains the youngest American astronaut to have traveled to space, as she was 32 at the time. Evidently, Ride accomplished extraor 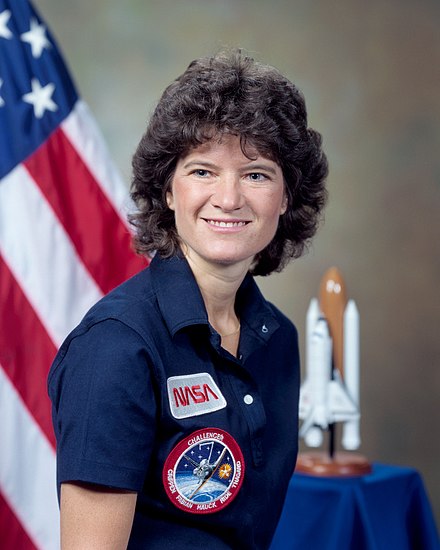 dinary things in her lifetime, including a Bachelor’s degree from Stanford in English and physics, as well as a Master’s degree and a Ph.D. in physics, both from Stanford. For two years, she worked at Stanford University’s Center for International Security and Arms Control, and then at the University of California, San Diego as a physics professor. She is also the only person to have served on the committees that investigated the Challenger and Columbia Space Shuttle disasters (which to put it simply, are 2 incidents when US Space Shuttles completely exploded, instantly killing all crew members on board).

Ride was a trailblazer in her field and an extraordinarily smart and successful individual. However, as Ann Friedman so eloquently pointed out in her brilliant profile of Ride, being the first to do anything comes with its burdens. Seeing as this was the first time an American woman 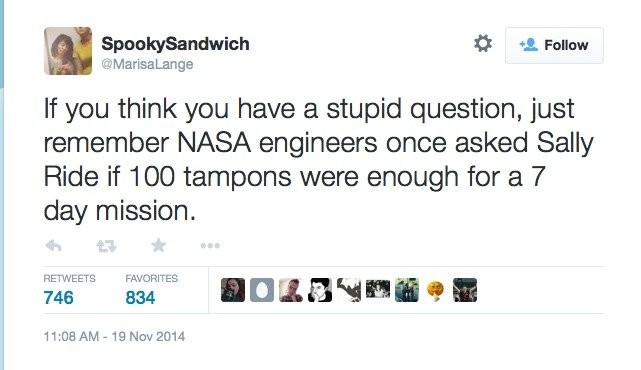 traveled to space, NASA had to make some adjustments to accommodate Ride and the women in her class. So they wouldn’t float away, tampons were packed with their strings connecting them, like a strip of sausages. Engineers asked Ride, “Is 100 (tampons) the right number?” She would be in space for a week. “That would not be the right number,” she told them. The male engineers apparently replied, saying, “we just want to be safe.” Once again, you read that right. NASA assumed that Ride would need 100 tampons for a week-long trip.

Amongst the many questions I have, my first is was Ride even on her period during this trip? Do men just think women need tampons at all times, periods, or not? Real talk, do men even know what tampons are for or how they work? NASA. Fucking male NASA engineers thought that a woman needed 100 tampons for a week-long trip. Some of the greatest, most superior minds in the US, maybe even the world, did 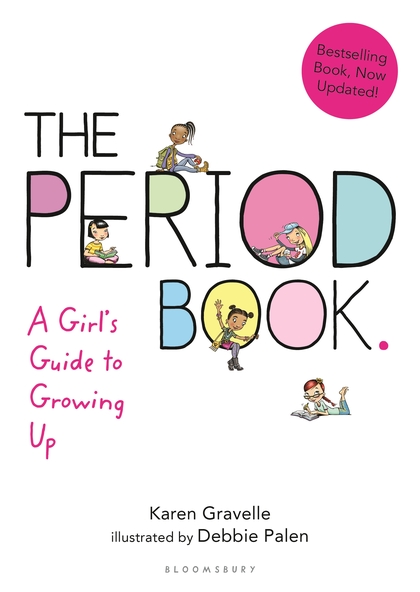 not know basic women’s health. I mean seriously, how old are we when we first learn about periods? 12? 13? Did they think she was going to hemorrhage and lose half her body’s blood volume? As seemingly insignificant this incident may seem, it’s extremely telling of how little men, and apparently, NASA, know about women’s health and women’s bodies. Not to be a raging feminist, but I’m so over how taboo the topic of women’s bodies, health, and reproductive systems seems to be in our male-dominated society. I think we’ve progressed past the point of utter discomfort and just straight-up ignorance surrounding women – stretch marks, cellulite, periods, pregnancy, body hair, scars. The image to the right is a best-selling guidebook for adolescent girls, and it offers a supportive, practical approach, providing clear and sensitive answers to common questions on periods, amongst other things. NASA, or any man actually, if you’re reading this, feel free to add that to your reading list. It’s 2020 men, keep the fuck up!