If you weren’t already made aware by the presence of rainbow-themed paraphernalia at every local store and restaurant that isn’t Chick-fil-A, it’s Pride month. It’s the time of year to remember the centuries-long struggle of the Queer community and the anniversary of the Stonewall Riots in 1969.

In 2021, you can celebrate our history- the AIDS epidemic, McCarthyism, “Don’t ask don’t tell,” the fact that the average life expectancy of a Black trans woman is 35 years, and the Pulse Nightclub shooting by eating a gay burrito at your closest Chipotle. 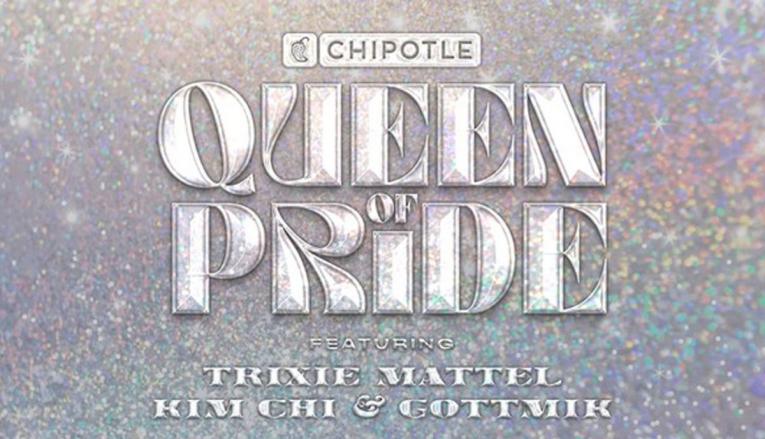 So, while you walk past the City Bank, or the Container Store, and start to wonder why the window display looks like a high school GSA meeting, instead, rejoice that the Container Store accepts you and your credit card for who you are. As the saying goes, Pride is putting things inside of other things.

Maybe gay shampoo and gay Listerine aren’t quite your speed, and that’s okay. Perhaps you want a rainbow MAGA hat, to show both your allyship and your support for an administration that rolled back protections against discrimination based on sexuality and gender identity at every opportunity.

Maybe you’re a hockey fan and were delighted to see Gritty, that truly grotesque little Philadelphian creature, skate around the rink with a pride flag attached to a hockey stick to a string quartet cover of Andra Day’s Rise Up. We all know how accepting hockey locker rooms are of gay players.

Maybe you have a rudimentary understanding of Queer art history and want to wear the iconic designs of Keith Haring, whose activism was cut short when he died of AIDS-related complications at the age of just 31. Urban Outfitters has you covered, and for just 60 dollars you can own his artwork on a sweatshirt made by workers who don’t earn a livable wage. `

Maybe I’m being unnecessarily pessimistic. For someone who doesn’t live in the east village directly above a gay bar, these exploitative money grabs may be the only form of acceptance they see this month. Maybe Chipotle really is keeping the liberation movement alive.

For example, the proceeds of the Trixie Mattel Burrito will benefit the Trans Lifeline. Upon further examination of the press release, exactly one dollar from each burrito sale will be donated, capped at 15,000 dollars. Chipotle, whose global profit exceeded 6 billion in 2020, which, after doing some quick math, means that this month they can expect to take in about 50 million, will donate a whopping 0.0003% of their monthly revenue to the cause. This figure doesn’t take into account the added revenue that attaching themselves to a major Queer celebrity will bring in from fans.

Okay, so corporations are after money. That’s nothing new. So, why does it feel so insidious this year? Perhaps the racial reckoning that’s occurring in this country has highlighted the violence inflicted upon the same black bodies that were the backbone of gay liberation. Perhaps the image of Gritty’s crossed eyes bouncing around in the breeze does little to ease the terrifying truth that gay liberation is far from won.

Perhaps it’s the fact that pride month has given these corporations an excuse to forget about Black Lives Matter, to latch on to a social movement that feels less heavy, one that they can emphasize celebration and not suffering. But, while pride month is in many ways a joyous occasion for the LGBTQ+ community, it is not devoid of suffering.

Perhaps it’s that we’ve seen 29 transgender or gender nonconforming persons violently murdered this year so far, putting 2021 on track to be the most violent year since the Human Rights Campaign started tracking this statistic. Maybe corporate pandering just isn’t what it used to be.

In 1984, Keith Haring told Interview Magazine “I’ve always wanted to work for Walt Disney. That’s what I wanted to do when I grew up.”

Haring never did get the chance, dying before he grew up.

However, Disney, whose LGBTQ+ representation is reserved to minor characters hinting at the possibility of same-sex attraction in a way that can be easily edited out for conservative audiences, now sells his work on 20 dollar socks and recently came out with their own pride collection of rainbow mouse ears and the like.

A deep dive into their website reveals that the corporation will be “donating funds to organizations from around the world that support LGBTQ+ communities.”

There is no number given on what those funds amount to.