If you have been active on the Tik Tok app lately, chances are you have noticed that there has been a slight shift in content. The Tik Tok app is notoriously known for prank videos, beauty tutorials, and most importantly dance routines. As of lately, the dance aspect of Tik Tok has been lacking due to many Black content creators refusing to post any dance-related videos.

On June 18, content creator Erick Louis posted a video that featured Megan Thee Stallion’s new single “Thot Shit” playing in the background. In the video, Louis is positioned in front of the camera as if he is getting ready to dance. As the video progressed, he holds, both of his middle fingers up with text displayed on the screen saying, “SIKE. THIS APP WOULD BE NOTHING WITHOUT [BLACK] PEOPLE”. Shortly after the video went viral, Twitter users started speculating that Black creators on Tik Tok had agreed not to choreograph dances to Megan’s song. Ultimately, this would force non-Black users to produce dances on their own and prove how essential Black creators are to the platform. 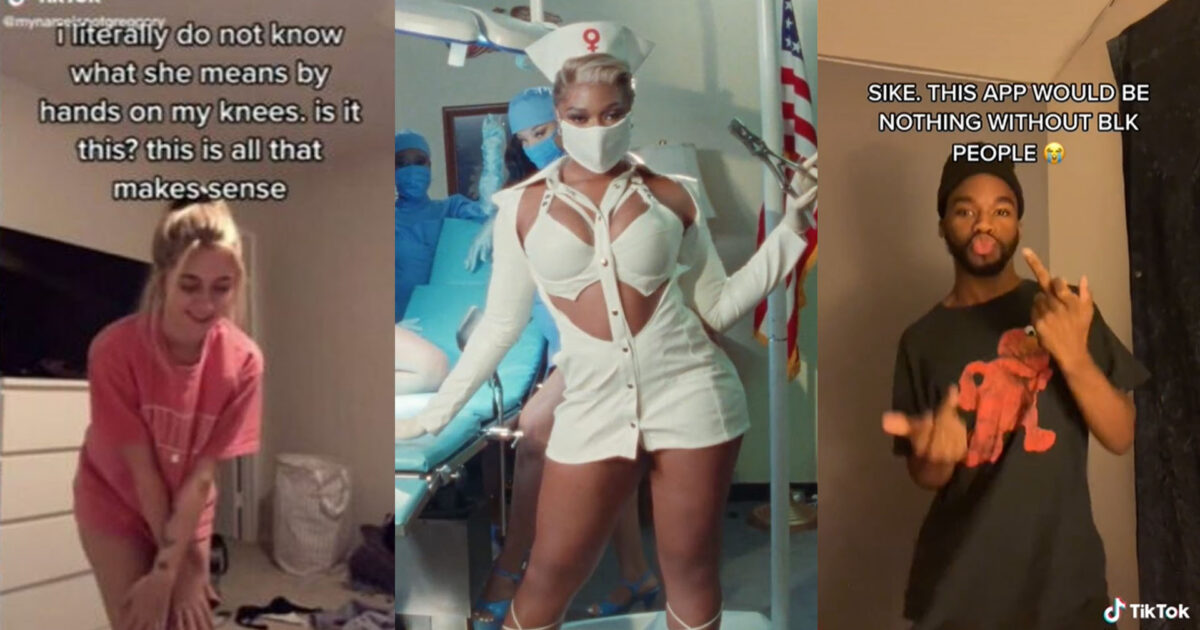 This strike is a part of an ongoing issue on the social networking site in which white and non-Black creators use choreography created by Black content creators without crediting them. Non-black creators continuously get praised, go viral and even land endorsement deals for stolen dances, while black creators are completely shut out. An example of a black creator not getting credited for their content is Jalaiah Harmon. Harmon created a dance to Lottery (Renegade) by Atlanta rapper K Camp yet Charli D’Amelio, went viral with the dance. According to Yahoo D’Amelio gained millions of followers before she even acknowledged the dance’s Black creator. In February 2020, another black content creator named Nicole Bloomgarden watched the viral dance she had invented, “Out West,” being performed at the 2020 NBA All-Star Game by D’Amelio.

Louis commented on the strike saying, “it just speaks volumes. We have these experiences outside of Tik Tok. As Black folks, we’re used to galvanizing, marching, protesting, having to scream and yell to have our voices heard. It’s weird that it’s also having to be translated onto a space where people are supposed to divulge their creative endeavors and engage creatively.” His strike video has been viewed more than 438,000 times since it was first posted.