No Longer All White, Black Suburbs are More Politically Active

For people such as Donald Trump, the ideal suburbs will always be filled with only white people but the problem is that he and others like him, thinks about the 1950s as an exclusively white place – a reflection of an image that is more than seventy years old.

Hellooo, we’re in 2020 now – the year of the democratic awakening -, an era where most of the people fight for racial equality. During the campaign, Donald Trump claimed that the “suburban lifestyle dream” will be destroyed by Joe Biden who will “abolish suburbs” and will bring any kind of dangerous people, such as criminals. He also called all the suburban women – who he thinks are blond with an apple pie in their hands in a beautiful little home with a dog and three kids – by pleasing them “to do [him] a favor? Suburban women, will you please like me? I saved your damn neighborhood”.

What are the suburbs nowadays?

Trump’s image about the suburbs is not the same anymore; half of the African-Americans population lives there, but it’s a place historically entrenched in the preservation of racial segregation and white supremacy. However, after what Trump said, African-Americans – having a higher socioeconomic status than white people – could be likely to mobilize the other (white people) who may now be motivated to vote for Democrats – after Trump’s unsubtle racist signals. And note that white suburbanites declined from 76% to 68% between 2000 and 2016, which is a large gap.

The voter shift in Georgia was far more pronounced in Atlanta’s suburbs than in the city itself. This tweet continues a trend of attacking majority-Black cities with false claims of voter fraud, rather than focusing on predominantly white areas where Trump lost ground. #gapol https://t.co/CcgyJDIcTb pic.twitter.com/shWbBE2Cje

Black suburban people are raising their voices for equality

How can we say that Trump’s speech did nothing more than awaken the people against the preconceived idea of the suburbs – which was designed to exclude blacks and other “minority” groups such as Jewish Americans amidst the middle class. In the 2000s, less than 10% of new arrivals in the 100 largest U.S. suburbs were white. Trump also accused the poor revenue people to move to the suburbs for the low rent prices, but in reality, it’s because they are moving due to the new job geography offers. And nowadays, African-American are more and more raising their voice for equality and they’re more politically active than white people – 11% of suburban African-Americans are likely to attend a protest as opposed to 0.07% of their white neighbors.

I’m one of the black folks trump warned everyone about. We’ve infiltrated the suburbs. 😱 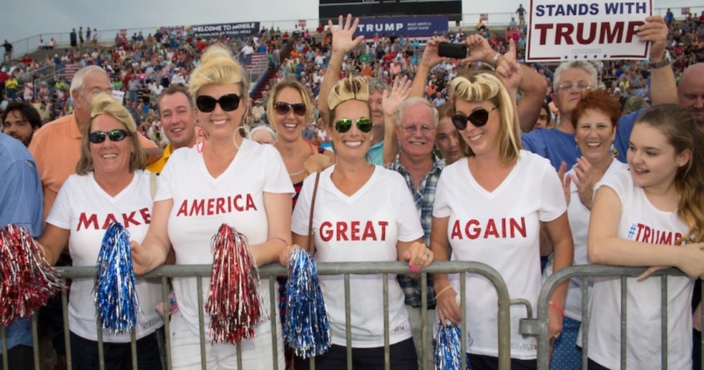 To conclude, while some suburban people (white women) saw themselves in Trump’s speech, African-Americans have been pushing to mobilize themselves against the false suburb’s idea and fight for racial equality to open other people’s eyes and live in a better future.