Israel’s Violence Against Palestine: What You Need to Know

On Sunday, airstrikes from Israel destroyed three buildings in Gaza City, killing at least 42 people, according to Palestinian medics. This tragedy comes as yet another horrific event in the queue of Israel’s oppression and terror on Palestinian citizens, and the record of hostilities continues to escalate.

With a mass of misinformation spreading regarding these atrocities – including the New York Post’s Twitter account wrongfully claiming previous air strikes in Gaza to have been carried out by Hamas – the truth of the oppression faced by Palestinians must be clearly articulated.

Right now, Zionists and the Israeli government have been targeting Palestinian territory for ethnic cleansing, an attempt to further establish the Jewish nation and extend Jerusalem. The Zionist project has been robbing Palestinians of basic human rights and needs, by forcefully evicting them from their homes, putting them in camps, and demolishing their homes, businesses, and property. Israel has been encroaching upon lands recognized universally as belonging to Palestine, the Gaza strip, and the West Bank territories. In the West Bank, Palestinians have been barred by Israel from all but 38% of the land, and Gaza strip Palestinians have been barred by Israel from living outside of Gaza since 2007.

While the Israeli government is turning a blind eye toward Jewish settler terrorism, they are simultaneously pushing the narrative that their military attacks are intending to target Hamas, an Islamist resistance group which currently governs the Gaza territory. Neither Hamas nor Palestine has a land army, navy, or air force to protect their land and citizens. Hamas has fired rockets into Israel in retaliation, but unlike Palestine, Israel has an iron dome, designed to intercept rocket attacks and protect its citizens. There is no denying that there has been destruction to both Israel and Palestine, but it must also be recognized that the murder, injury, and destruction upon Palestine is vastly more severe and motivated by supremacist notion. Further, Palestinians who do survive these attacks have no protection, no shelters, and nowhere to go after their families, homes, and communities have been demolished.

Delving further into Israel’s oppressive tactics against Palestine, they control all of Palestine’s natural resources, including airspace and telecommunications, roads, and borders, while also limiting access to power and clean water – having also destroyed much of Palestine’s agricultural infrastructure, obliterating 21 wells, 34 rainwater cisterns, as well as 89 other water-related structures in 2011. What’s more, through a segregated road system, this apartheid regime has made travel nearly impossible for anyone living in the Palestinian west bank or the Gaza strip. 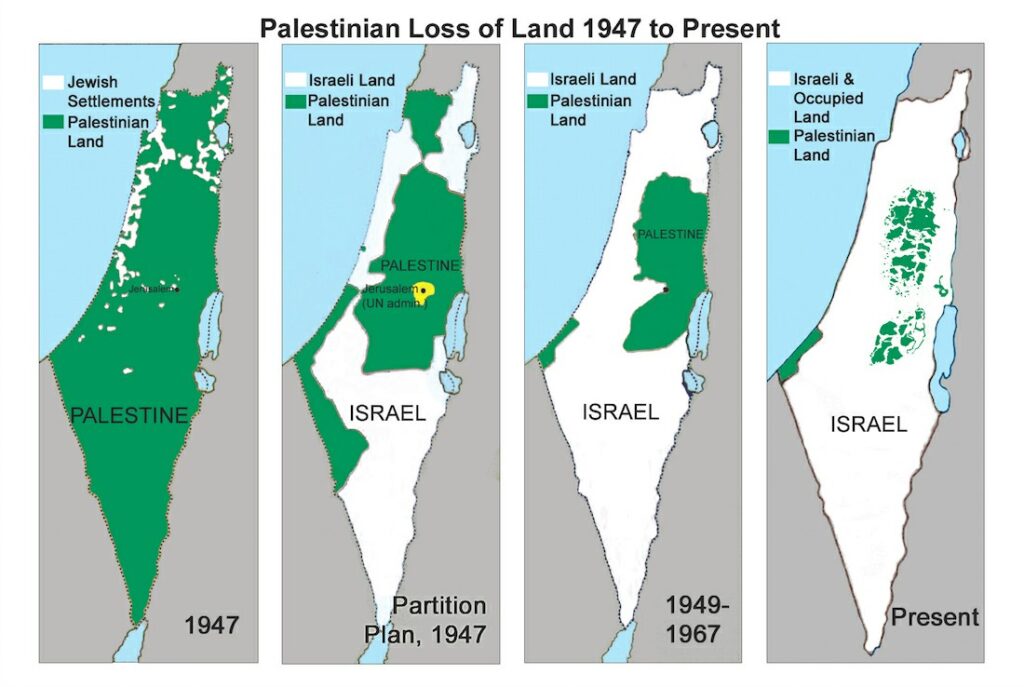 There can be no further statements of “both sides are wrong” or “there are two sides to everything.” Benjamin Netanyahu, Prime Minister of Israel, has been increasing militancy every day. The Israeli Defense Force (IDF) raided Al-aqsa mosque, one of the holiest sites for Muslims, during the holy month of Ramadan. This is terror. This is fascism. This is colonization by a ruthless ethnostate. 73 years ago, Israel was a settler colony that took over Palestine. Since then, it has maintained its power and position through violence and resource deprivation.

14 countries on the UN Security Council called for an immediate Israel-Palestine ceasefire. The only country in opposition? The United States. The U.S. has placed itself in an ally ship with a nation that perpetuates injustice, and as a result of the $38 billion military aid package, signed between the U.S. and Israel in 2016, tax dollars continue to support Israel’s fascist, genocidal regime.

There is no justification for the terror and brutality against Palestinian citizens. These people have had every right and security ripped away from them, and the injustices only continue to intensify.