#ICannotStandIt – The Horror Behind Sex Trafficking & Murders in Atlanta

This speech was almost 60 years ago and from the events of what’s been going on in Atlanta as of recently, this statement could have not anymore relatable.

As of recently, in the past of weeks, there were numerous reports of sex trafficking incidents throughout the city of Atlanta.

One of the earliest incidents that sparked up the city of Atlanta was the one reported on November 2nd, where 15 people were arrested in a human sex trafficking sting in a metro Atlanta hotel.

The most recent human sex trafficking incident was from a video captured inside Lenox Mall. The video shows two Asian women telling women inside the mall about a new church in the metro Atlanta area and aggressively interrogating them to sign up for membership.

The video had gone viral on Instagram and raises questions as well as concerns for the safety of women in public facilities in Atlanta.

Why hasn’t the city of Atlanta been working towards fighting against these human sex traffickers?

Why hasn’t the safety of our beautiful black women been a concern when these heinous crimes erupted?

If I may be transparent, the city of Atlanta been in chaos since these human sex trafficking incidents been happening. Even worse, not only these women been raped and sexually assaulted, our black queens have been killed by these predators. 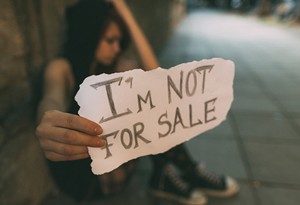 Before I end today’s TUCMedia latest news update, I would like to send out a prayer to all the victims of this heinous crime and to the family of my Clark Atlanta sister, Alexis Crawford, who was just recently killed in a violent death. We love you Alexis!

We value your thoughts, comments, and concerns here at TUCMedia. Please subscribe for more articles! #TRU

Previous ArticleDrake Gets Booed Off Stage and Tyler, the Creator Had Something To Say
Next ArticleChilling New Trailer for 'Westworld' Season 3
NIPSEY HUSSLE TUC RECAP