If you ever wanted to stay in space for a day or two, your time has come. In 2019, a Californian company the Gateway Foundation pitched a plan for a cruise ship-style hotel that could one day float above the Earth’s atmosphere. After changing the company name to Von Braun Station, the futuristic idea that was comprised of 24 modules connected by elevator shafts make up a rotating wheel orbiting the Earth was set to be operational by 2027.

The space hotel finally gained the name of “Voyager Station” which it’s set to be built by Orbital Assembly Corporation, which is a new construction company run by former pilot John Blincow. Covid-19 pandemic delayed the construction of the futuristic space idea, but the space hotel construction is set to begin in 2026. When the idea was first reported by CNN, the goal was to have the hotel off the ground by 2025.

In an interview with CNN Travel, Blincow expressed his excitement behind the project. “We’re trying to make the public realize that this golden age of space travel is just around the corner. It’s coming. It’s coming fast,” said Blincow.

Many images of what the space hotel might look like suggest an interesting yet dissimilar to the normal luxury type of hotels on Earth, but instead, the space hotel has a much better view compared to the usual Earth hotels. Tim Alatorre, the senior design architect at Orbital Assembly Corporation told CNN Travel, the space hotel’s aesthetic was a direct response from Stanley Kubrick’s movie “2001: Space Odyssey”. Which he also explained it as an “almost blueprint of what not to do” 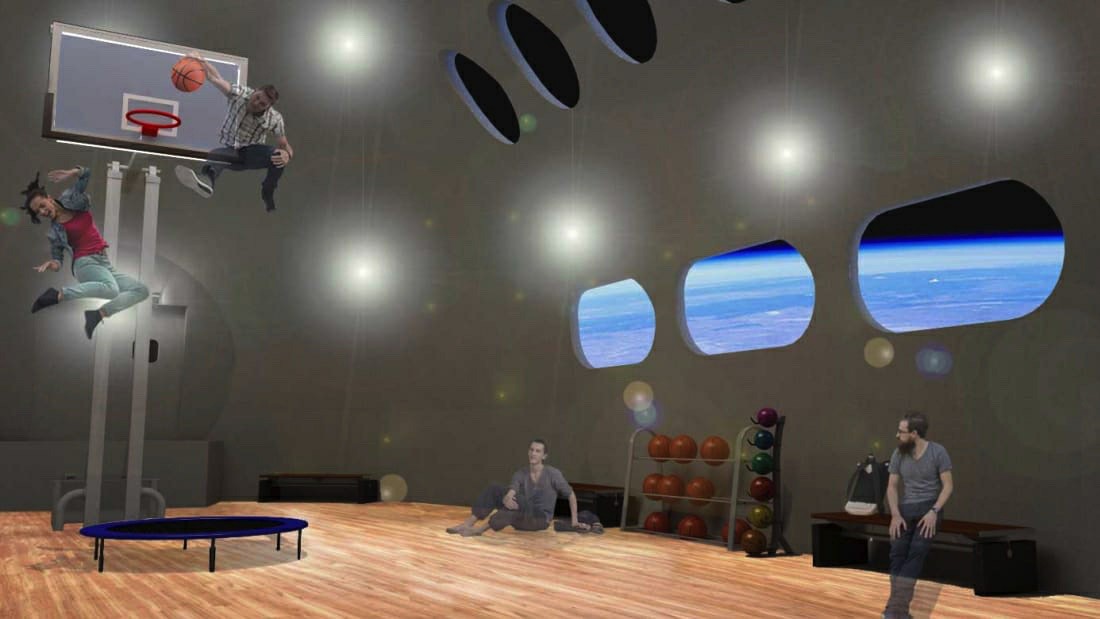 Alatorre and his team want to bring a piece of earth to space with warm suites, chic bars, and luxury restaurants. He felt that just because guests will be in space, they still deserve to enjoy regular beds and showers. However, this does not mean that they’re going to abandon the usual space activities. Guests will also have options to be served traditional space food, one example being freeze-dried ice cream. There also will be activities that highlight the many things you can’t do on Earth, but you can do in space. Which those activities may include things like jumping higher in space compared to Earth or run certain ways you can’t run on Earth.

Many people are questioning how exactly will this idea work. Which according to Alatorre the rotating wheel would work to create a simulated gravity. “The station rotates, pushing the contents of the station out to the perimeter of the station, much in the way that you can spin a bucket of water — the water pushes out into the bucket and stays in place,” he told CNN Travel.

Near the center of the station there’s no artificial gravity, Alatorre explained, but as you move down the outside of the station, the feeling of gravity increases. 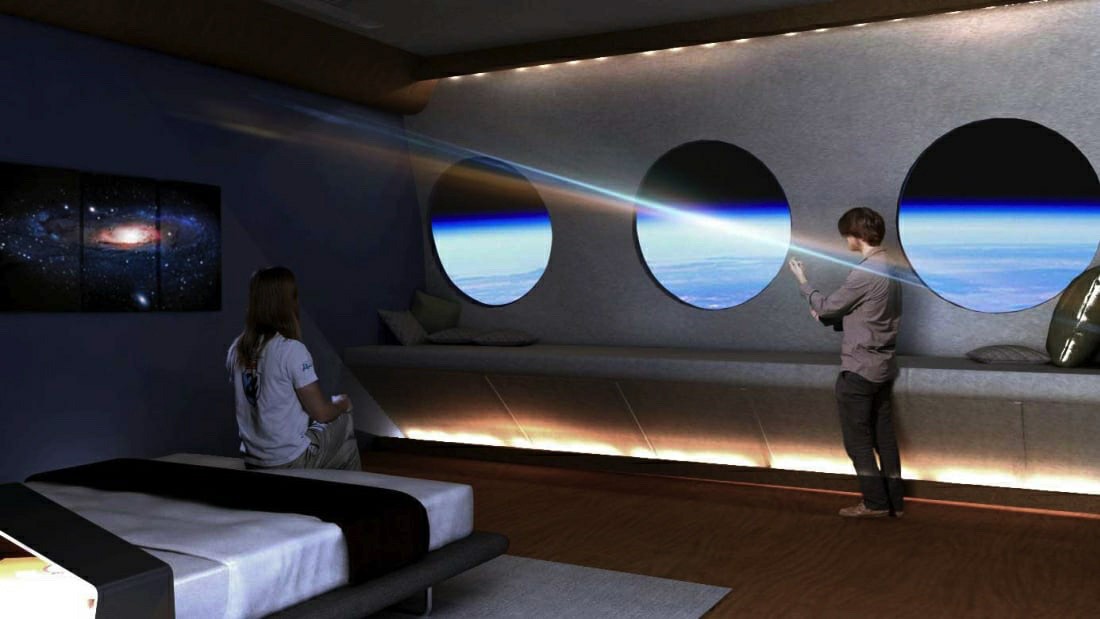 Voyage Station’s huge idea of a space hotel isn’t the only thing the company wants to do. The company also wants to branch out on other things. These things including research centers, sparking interest in space tourism, and commerce opportunities.

With it being over 50 years since the first man landed on the moon, this would be a huge thing for humanity. It raises the question of what’s next for space living. Could it be more humans living in space? Or event sports events in space? We would never know until someone with a huge curiosity tries it out.