Album Review: Madison Beer Goes Through the Highs and Lows of Love on ‘Life Support’

21-year-old Madison Beer has sure grown up right before our eyes. It was only just yesterday when mega pop star Justin Beiber was sharing a link to one of her covers from YouTube to his million followers. From there, Madison Beer has struggled with everything that comes with being in the spotlight at a young age. Fame came spinning fast towards her like an asteroid dead set on Earth. Now during the age of social media and peer pressure, things are amplified. Every move is watched under a microscope. Fame latches onto the faint of hearts and doesn’t let go, even in death. Madison Beer’s debut studio album, ‘Life Support’, gives us a peek into the mind of a tortured kind soul just looking to escape.

Right off the bat the first song, “The Beginning” is filled with Madison establishing the theme of the album. With no lyrical vocals, Madison Beer allows her haunting, surprisingly great, harmonizing to give the feel this isn’t your average pop album. What was set up in “The Beginning” soon comes crashing down in the next song, “Good in Goodbye.”

The song falls a little flat on an otherwise great debut album. While the song’s production stands out, the lyrics fall to the wayside. As a break-up song, it’s not the worst nor is it the best in recent years. The pop track seems to be more of a testing song than something that belongs on the album. But nevertheless, Madison bears all her past relationships on this one and that speaks volumes.

Madison Beer spoke about the inspiration behind “Good in Goodbye” with Discover Nu.

“It feels so good to be releasing the first single from my debut album! Touching on a theme that resonates throughout the album, ‘Good In Goodbye,’ is predominately a break-up song. It’s about how cutting ties with a toxic person, no matter how tough it can feel at the time, is sometimes the only way forward and you should always find the ‘good’ in ‘goodbye’. It also touches on the duality of condemnation and self-reflection you often go through at the end of a relationship – a concept which is brought to life in the video where I delve deep into my inner demons, playing myself and my evil twin.”

Within the fifth song on the album, “Blue,” Madison starts to find her footing. The song was first teased back in 2019 on her Instagram live stream. The song experienced multiple delays before released with the rest of the album. The song plagues the other first five, but improves on their mistakes. For the last song right before the interlude, one can only hope the worst is over. 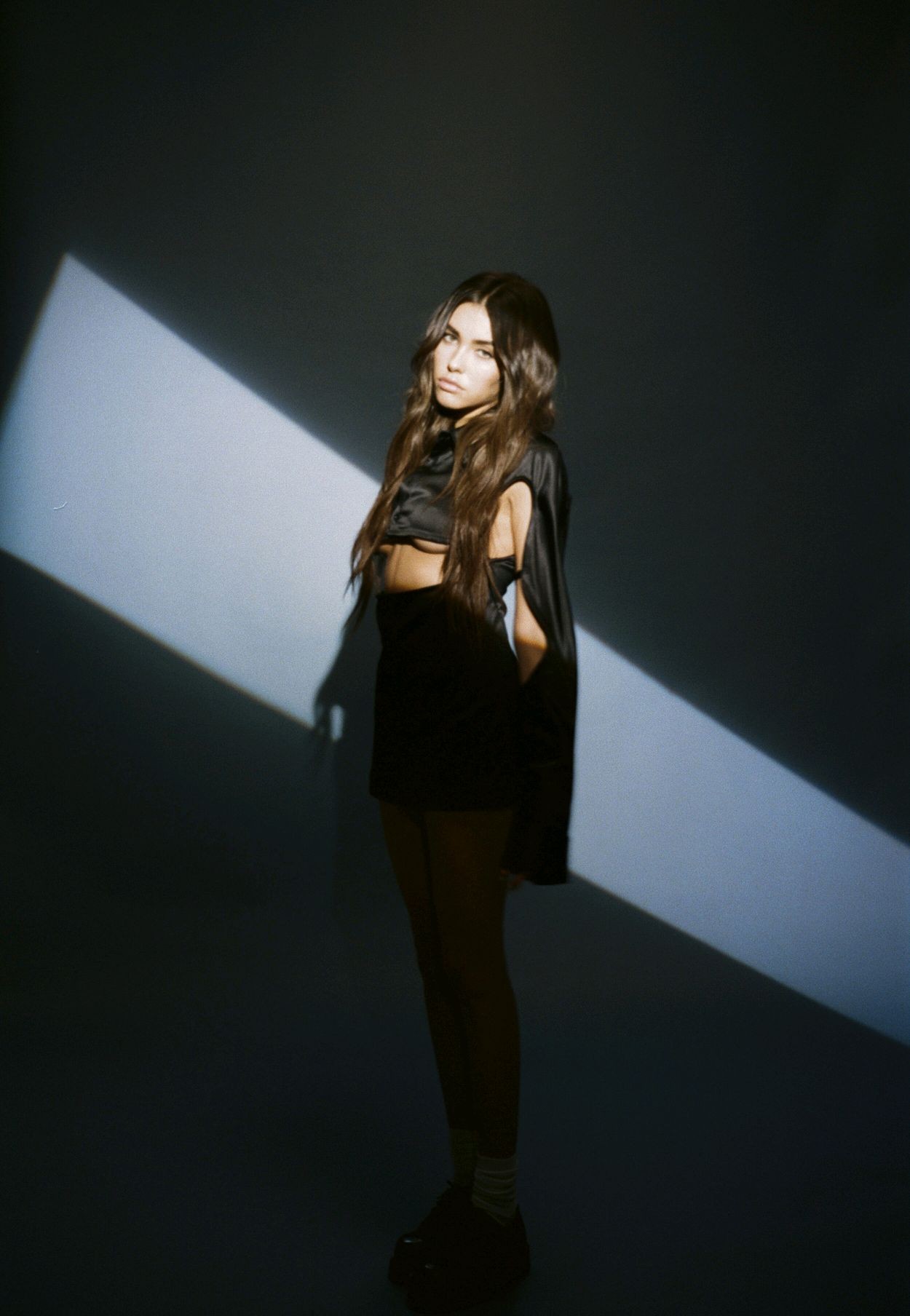 One of the bright spots on the album comes on “Homesick.” Amid the direct comparisons between Lana Del Rey and Ariana Grande, Madison Beer finds herself. The song is centered around her being an alien from another planet. The crazy thing? It works. The song is a beautiful sound mixture of acoustic and low haunting melodies. The track itself stands out on a rather crowded album. It’s one of the rare times when Madison Beer actually sounds like Madison Beer.

After the track, the rest of the album plays out in bursts of creativity. The bad news is they are so few and far in between. This is a debut album through and through. While Madison Beer has released EPs and singles since skyrocketing into the spotlight, her true test comes after the release of this album. Madison has mentioned her fondness for singers like Lana Del Rey, Ariana Grande, and Melanie Martinez. She spends too much time trying to sound like them instead of perfecting her own soulful voice. There’s already greatness inside of you, Madison, you just have to trust yourself to be ready for it.

Previous ArticleWhistling at Night A Good or Bad Thing?
Next ArticleSpace Hotel is Set to Open Up in 2027 but How Will it Work ?
NIPSEY HUSSLE TUC RECAP