I kicked off my Day 1 of New York Comic Con with a very productive meeting with the CEO of Izneo, Luc Bourcier. Izneo is the first online platform that caters to comics and manga lovers. Unfortunately for fans of Marvel and DC Comic titles, Izneo does not support those titles due to their exclusivity with each respective publishing property. However, the app currently includes 25,000 titles for download with more titles coming each month including some popular titles such as One Piece, My Hero Academia, Buffy, Hellboy, Doctor Who, and the Star Wars franchise. In my discussion with Leo, he broke down the importance of bringing the app to the Nintendo Switch gaming console. The Nintendo Switch is a multi-purpose gaming console. It gives consumers the option to game at home or game on the go with its portable features. And now, thanks to Izneo Comics, comic and manga lovers will now be able to read their favorite titles on their home televisions or on the go to work, school, or at those “boring family gatherings”. If you are a gamer and a comic sweaty, then the Nintendo Switch is the perfect platform for you as it will give you the best of both worlds when the app launches on the console this November. But if you don’t own a Nintendo Switch but are a comic lover like yours truly, then you are in luck as Izneo is currently available for download in the Apple App Store and Google Play Store. 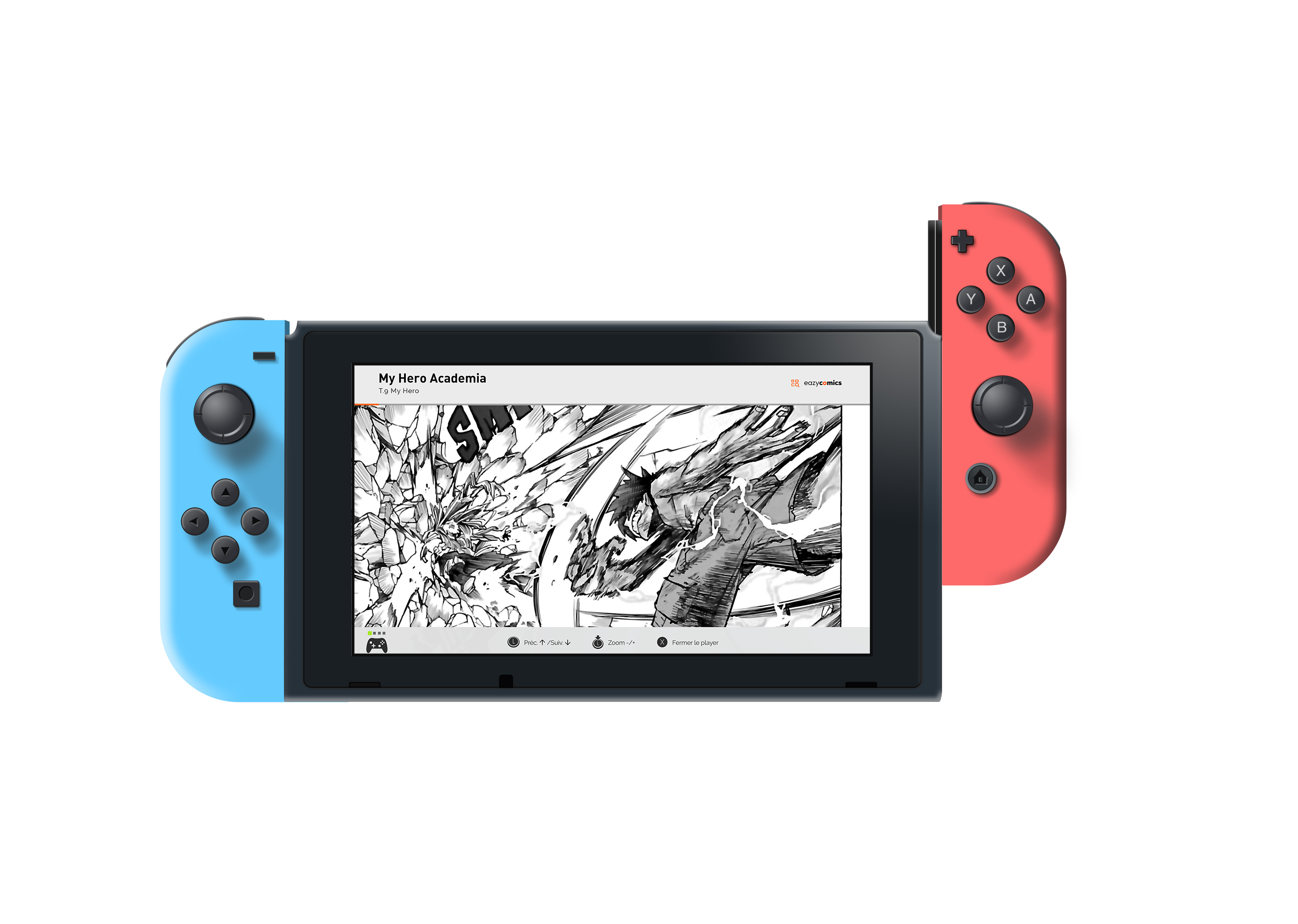 In addition to launching on the Nintendo Switch, Izneo will also be available on Nvidia Shield, Smart TV Phillips, Sony, and all Android TVs.