The Beef Is Starting to Boil Over

Finally, the biggest beef in Celtics’ history is over. Well on the way to be.

“I said, even months ago, ‘We gotta come together at some point,’ ” Pierce told CSNNE. “We gotta let it go at some point. I figure if it’s gonna happen, maybe I’ll be the one, the mediator.

In case you didn’t know, this beef started five years ago in 2012 when Ray Allen chose to join the Miami Heat, Boston’s rival at the time. 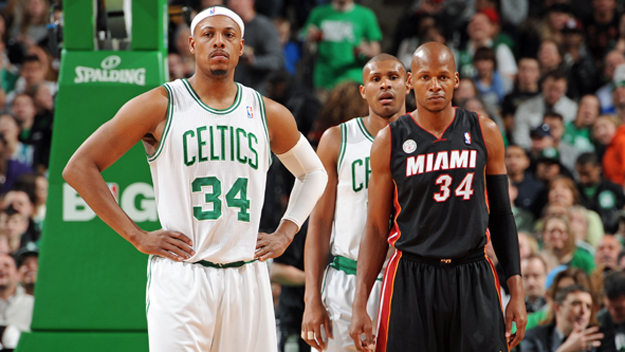 The two team’s met in the playoffs, and Ray Allen came out victorious with his new team, only souring the taste in his former teammate’s mouths. Miami then went on to the NBA Finals against the Spurs where Ray Allen would have this iconic moment.

That shot would save Miami’s championship hopes and cement Ray Allen as one of the greatest clutch shooters ever. Miami would win the championship that year too, giving Ray Allen his second ring, and one more than the rest of his former Celtic teammates.

It’s good to see at least one member of Celtics warming up to Ray Allen, especially considering their 10 year championship anniversary is coming up and Allen was a huge part of it.

Now the forgiveness ball is in Kevin Garnett’s court. 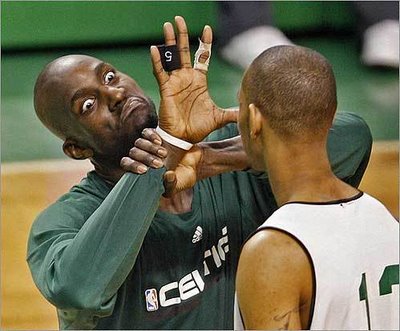