The Philadelphia Eagles Put Their Faith in the Wrong Quarterback

When the Philadelphia Eagles first drafted Carson Wentz with the 2nd overall pick in the 2016 NFL Draft, many Philly fans thought their prayers have been finally answered. In the eyes of the blue-collar fans, the search for their Cinderella to their glass shoe was finished. We all, myself included, believed the long string of rotating quarterbacks would haunt our nightmares no more. Just like the honeymoon, there comes a time when you have to get back on that plane and return to your mundane life. We just didn’t think it would be so soon.

After the disastrous 2015 season and the firing of head coach Chip Kelly (I still get chills hearing that name), the front office began work on steering the Eagles ship in the right direction. The Philadelphia Eagles signed Kansas City Chiefs’ offensive coordinator Doug Pederson as their next head coach. After trading players and picks to move up, the Eagles landed on Carson Wentz in the 2016 NFL Draft. The Philadelphia Eagles would begin the 2016 season with a new head coach and young hopeful quarterback. The Doug Pederson era had begun. 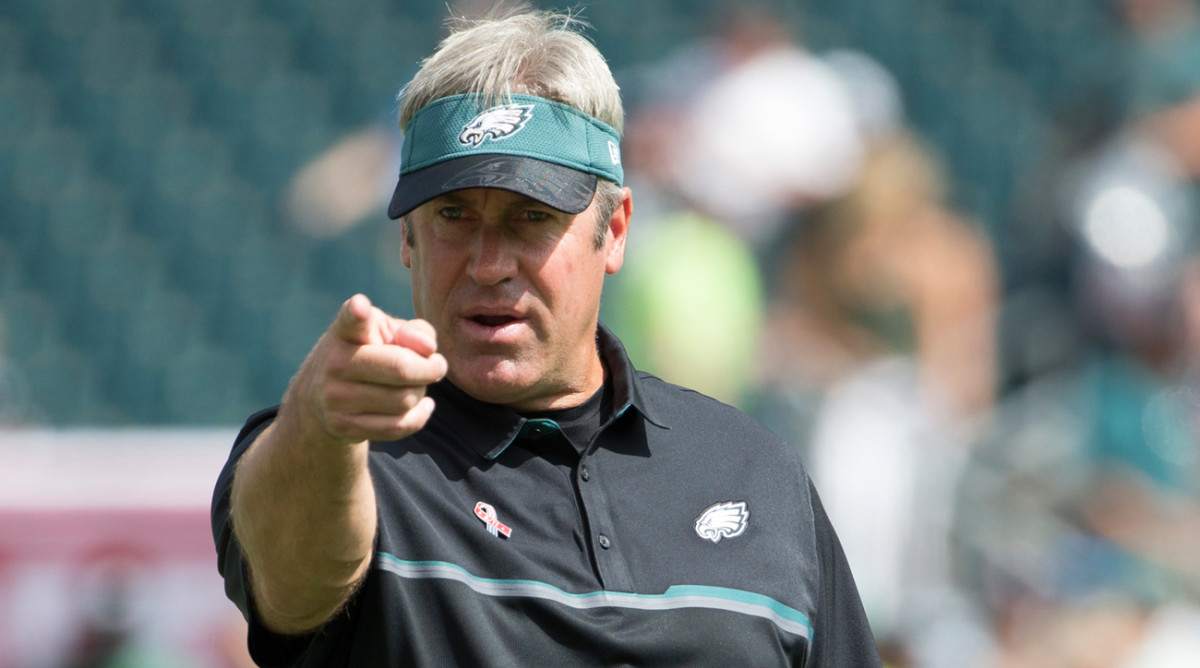 Although Carson Wentz was named the starting quarterback, there was another guy waiting in the wings. Quarterback Nick Foles has something of a unique history with the Eagles himself. He too was thought to be our franchise guy. In the end, he turned out to be something much more.

Back in 2012, the Philadelphia Eagles drafted Nick Foles in the third round of the NFL Draft. After former Eagles quarterback Micheal Vick went down midseason, Foles would finish out the rest of the season. In his second season, Nick Foles would prove to be one of the Eagles’ bright spots during the Chip Kelly era. During a 2013 NFL game against the Oakland Raiders, Nick Foles became the first quarterback to throw seven touchdowns and finish a game with a perfect passer rating. With faith in Micheal Vick fading fast, people began to look for Nick Foles. After a week 12 bye, the Philadelphia Eagles named Nick Foles the starting quarterback.

Nick Foles began to showcase his talents throughout the rest of the season. Foles led the Eagles to their first NFC title in over three years and surpassed Tom Brady as the best TD-INT ratio in NFL history (27 touchdowns and 2 interceptions). Nick Foles suffered an injury that leaves him out for the rest of the year. At the end of the 2014 season, Nick Foles was traded.

During the 2016 offseason, Nick Foles decided to resign with the Eagles after stints with both St. Louis Rams and Kansas City Chiefs. Nick “St. Nick” Foles has returned home in a backup role to the promising young quarterback Carson Wentz. 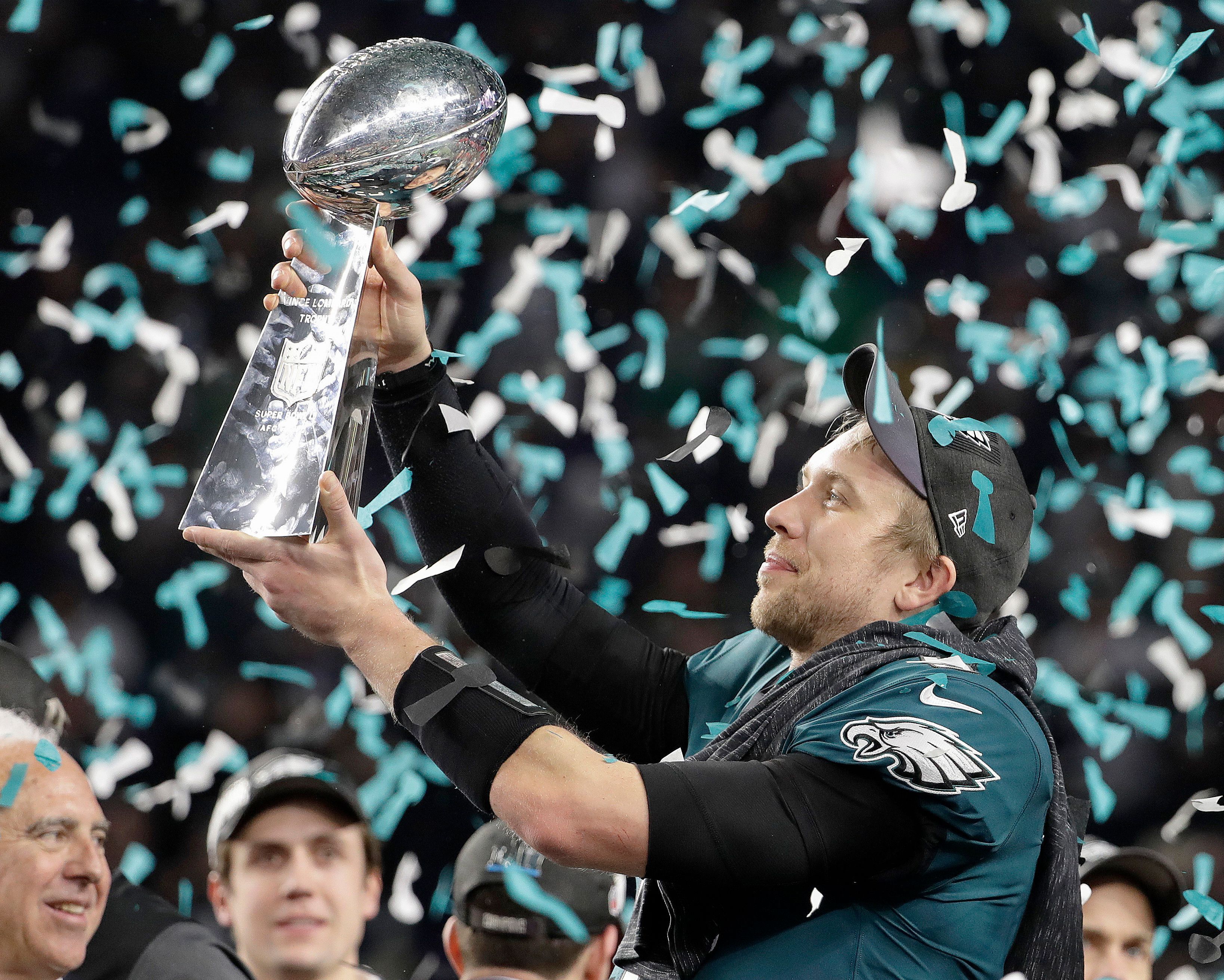 Like an overall number 2 pick, Carson Wentz’s rookie season broke all kinds of Eagles and NFL records. The last time the Eagles had drafted a quarterback in the first round was Donovan McNabb in 1999. All eyes were on the North Dakota State rookie. Towards the end of his sophomore season in the NFL, Carson Wentz had led the Eagles to an impressive 11-2 record. During week 14 against the Los Angeles Rams, Carson Wentz left the game with a torn ACL. Nick Foles would come in and finish the season after Wentz was ruled out.

With the Philadelphia Eagles now in the playoffs, it was up to St. Nick to lead them to the promised land. Foles led the Eagles to their first playoff win in almost nine years, beating the Atlanta Falcons in the NFC Divisional game. Nick Foles led the Eagles all the way to the Super Bowl, defeating the New England Patriots. Foles was named Super Bowl MVP and a hero to the city. The Philadelphia Eagles won their first Super Bowl.

As the only natural Philly thing to do, Philadelphia built a statue of Nick Foles and Doug Pederson. If you’re Carson Wentz, this can’t be good for your mental health.

The next season would prove to be worse for Carson Wentz. With Wentz not cleared yet, Foles began the 2018 season. Carson Wentz would start week 3, but wouldn’t finish the season. In Week 15, Carson Wentz would sit out for the rest of the season due to a back injury. Nick Foles would pick up where he left off and lead the Eagles to a playoff berth. But alas, the Eagles would lose in the Divisional Round against the New Orleans Saints.

It was then, the fable of St. Nick would end as he becomes a free agent in the off-season.

Now here we are in 2020, seeing nothing of the Carson Wentz two years ago. With a record of  4-9-1, Philly fans are torn between starting Wentz or going with the promising young rookie Jalen Hurts. In his two starts, Jalen Hurts has shown promise and hope of leading a franchise. It’s really unheard of for a team to let their Super Bowl-winning MVP quarterback go, but that’s what Philly did with Nick Foles. With Carson Wentz, understandably, not interested in letting another guy lead his team, Philadelphia is once again at a crossroad. Which path will they take?