COVID and family issues aside, Houston Rockets superstar James Harden might be having the worst 2020 year than any of us. From playing one side dodgeball with the Rooks to jetting off to Las Vegas, it’s been quite entertaining at least. It seems since the end of the 2020 NBA Finals, the Rockets and James Harden have been at odds. After recent troubles during the training camp and preseason, both parties might be reaching their breaking point. While the NBA tip-off week has begun, many around the sports world are focused solely on the train wreck that is the Houston Rockets organization. Since being traded to the Rockets from OKC, Harden has played for more than four head coaches and two owners. How did one the of NBA’s best shooters go from 2018 MVP to becoming such a toxic player off the court? 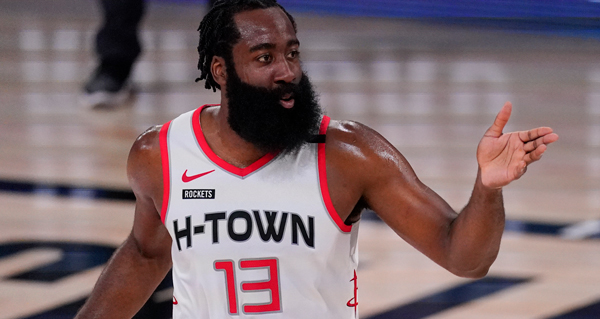 After the 2020 NBA season, it was clear both Russell Westbrook and James Harden really wasn’t a good fit. Two guards who demand the ball to perform is never a good combination, no matter how good you are. Both wanted out of Houston and with good reason. But only Russell Westbrook was so lucky. Right before the preseason began, Westbrook was traded to the Washington Wizards in exchange for All-star guard John Wall. Both teams and players walk away from that trade getting a much-needed fresh start. The Rockets now focus their attention on getting rid of their beloved star who wants nothing to do with Houston anymore. That’s proving to be easier said than done.

Recently, James Harden was fined $50,000 for violating NBA health protocol. In a video, James Harden was seen at a club/event without a mask. The NBA COVID-19 health rules state players can’t visit clubs, bars, or social gatherings with more than 15 people. Harden was then deemed unavailable by the NBA, which poised problems for the team as a whole. The Houston Rockets vs Oklahoma City Thunder game on Wednesday was also postponed due to Houston not having the league required eight available players for a game. 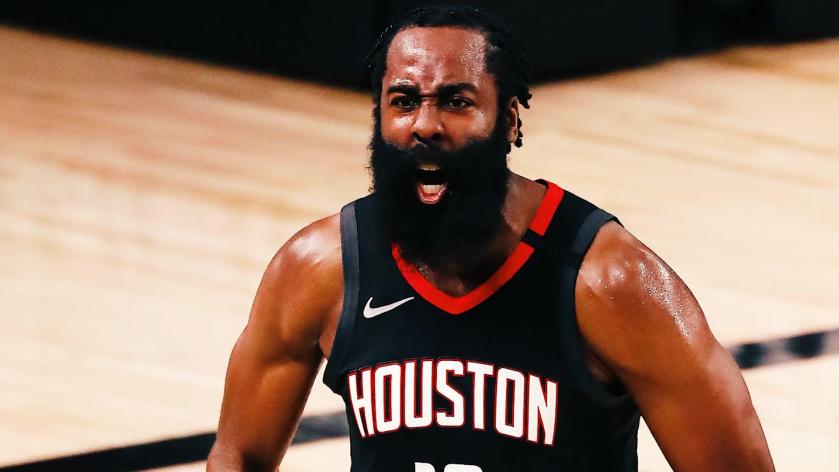 James Harden responded, on Instagram, to the recent video going viral on social media. Harden claims the place in question wasn’t a strip club as reported by ESPN and other media outlets.

“One thing after another. I went to show love to my homegirl at her event (not a strip club) because she is becoming a boss and putting her people in position of success and now it’s a problem,” Harden said in the post. “Everyday it’s something different. No matter how many times people try to drag my name under you can’t. The real always end on top.”

With James Harden being the talk of the town, many reflect on the recent stories of Hall of Famer Dennis Rodman’s partying ways discussed in the Netflix documentary “The Last Dance”. The series shone a spotlight on some of the behind the scenes during that crazy time in the 2-Time Defensive Player of the Year’s life. Much like back in the 1990s, James Harden is drawing parallel alongside Rodman. Both seemed to have a passion for the lavish lifestyle and women, which began to have minor setbacks in their careers. Dennis Rodman was fined 68,000 for skipping preseason camp back in 1992. This echoes what recently showed Harden arriving late for training camp. Some of Dennis Rodman’s biggest party stories involved stars like Carmen Electra and Madonna. James Harden is looking to push the Rockets to trade him sooner before the deadline.

With every passing day, many teams are either interested or dropping out of bids for the superstar. Last week, the Miami Heat are rumored to have dropped out of pursing James Harden, dealing a blow to James’ market value. It seems Houston is looking to get the farm and then some to let Harden go. Just this past week, reports have surfaced of the Portland Trailblazers looking to trade for the star. James Harden’s list of preferred teams to be traded to is growing constantly. Pretty soon, Harden will look into being traded off this planet to the moon. Any way to get away from the dumpster fire that is the Rockets’ front office. At this point, the Rockets may have to put up with James Harden a little more or come down on the price as a new NBA season begins.