WTF Happened ? Did The Patriots Really Win Ring Number 6 or Did The Rams Choke ?

First off I want to start by congratulating Tom Brady, Bill Belichick, Robert Kraft, and the entire New England Patriots organization, but last night, was the WORST SUPER BOWL of ALL TIME! Credit to both defenses for a great display, but both teams’ offenses were anemic from the opening kick.

In the year after the GOAT, Tom Brady had his best statistical performance in a Superbowl in last year’s gut-wrenching loss to the Philadelphia Eagles (28-48 for 505 yards and 3 touchdowns), TB12 had arguably his worst statistical stat line since his first Super Bowl appearance nearly 20 years ago against the then St. Louis Rams (21-35 for 262 yards, 0 touchdowns and 1 interception. The Patriots offense was so bad last night that they didn’t even reach the red zone until the seven-minute mark of the fourth quarter. Thirteen points have never been enough to win a game in a Superbowl and last night, one of the most prolific offenses in the NFL tied the 1971 Miami Dolphins for the lowest point total (3 points) from a Super Bowl participant. Therefore the question after such a display after last night has to be WTF HAPPENED?

The answer to that question is very simple if you take the Rams head coach, Sean McVay at his word. Coach McVay said last night at his post-game presser that he simply got “out-coached”. And to that I say, should there have been any doubt? The Rams head coach had just turned 33 years old and although he is a wunderkind, coach McVay and his Rams squad were just a bit too precocious for a Patriots Squad coached by Bill Belichick, a man who coached in his first Superbowl when Sean McVay was only one year old.

So what now?  The best thing that the Rams have going in their favor is the youth of not only their head coach, but core players such as Jared Goff, Todd Gurley, Brandin Cooks, Cooper Kupp (who is out for the season with an ACL injury), and stout defensive tackle, Aaron Donald. But as we know in sports, there is no guarantee that you are going to get back to this stage. Football is a parity game. You can go from a 4-12 record in one year, a division championship the next, and a conference championship the following year as shown by these Los Angeles Rams. The Rams also have the salary cap going against them as many of the core players that I mentioned are locked into long-term contracts with the exception of one. Quarterback, Jared Goff will enter the fourth year of his rookie deal and his performance last night will lead many pundits to wonder if he is even worth an extension.

Jared Goff's rookie contract allowed the team to go on a spending spree unparalleled in the league. https://t.co/dUgTHItWaR

Goff will be under a microscope in the off-season and rightfully so. The Rams have all the talent to get back to the Super Bowl, but their talent will be one year older and closer to the end of their prime than the beginning. When your defense plays the game of its life against arguably the greatest quarterback in NFL History and the offense which is the lifeblood of this team can only muster up 3 points in the biggest game of the year, it is demoralizing to a franchise. Just ask the Patriots previous Superbowl victims how hard it is to get back to the big game when you have them against the ropes. It never happens and the Rams should know that better than anybody as it took them 18 years to get back to this stage. 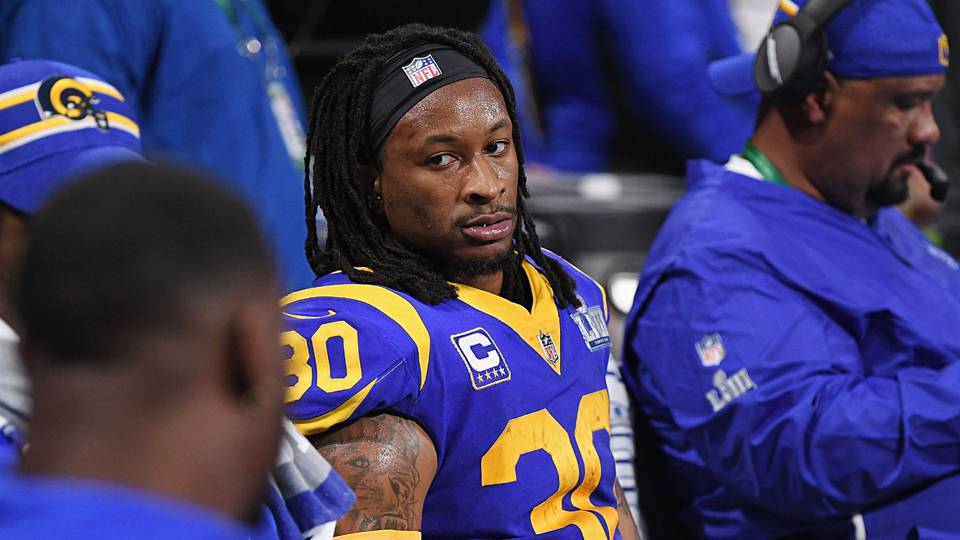 When we look back at this season for the Los Angeles Rams, will this season be looked back as a stumbling block for a budding dynasty in the making or will this be the early peak for these Rams and start of a slow and steady decline?