It’s been a full week since the release of Tyler, The Creator’s fourth studio album, “Flower Boy” and the album still remains impeccable. “Flower Boy”, originally promoted as “Scum F**k Flower Boy”, dropped Friday, July 21st and became available for purchase/download on Apple Music and all other streaming services. The album overall has been received very well across the board by not fans, but other artists and celebrities. The album seem to have also stirred up some controversy on social media. His lyrics speaking upon his sexuality and the struggles he has faced throughout the years trying to come out seemed to have sparked a topic of conversation on Twitter and all other social media platforms. Aside from the controversy, Tyler is definitely receiving much credit and praise for his most accomplished and transparent album yet. “Flower Boy” is truly revolutionary and it’s safe to say Tyler, The Creator has mastered the sound he’s been trying to achieve since “Bastard” days.

“Flower Boy” is composed of 14 tracks all produced and written by Tyler, himself. The album includes features and guest vocals such as Frank Ocean, A$AP Rocky, Lil Wayne, Kali Uchis, Jaden Smith, and many more. So far, Tyler’s newest singles “Who Dat Boy”, “911/Mr. Lonely”, “Boredom” and “I Ain’t Got Time” for the time being, Tyler has only provided us with a visual to “Who Dat Boy” featuring A$AP Rocky. With as much promotion as “911/Mr. Lonely” has been given, I’m almost positive Tyler will be releasing a video for this new single sometime soon.

From beginning to end, Tyler’s newest album seems to have a reoccurring theme throughout. In this album, he talks about finding himself and his inner struggles within that journey. I could say it’s a continuance to Tyler’s “Find Your Wings” from his last album, “Cherry Bomb”. Tyler stresses the importance in discovering yourself and being true and happy with who you are. 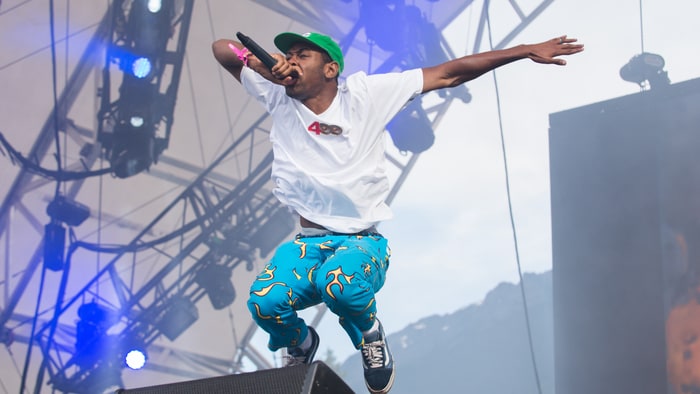 The message is evident and clear for the listener to retrieve. So therefore, anyone who correlated violence, dementia and twisted lyrics with Tyler due to his Odd Future days can give that a rest. This is definitely a new and improved Tyler from here on out.

“Foreword” is the album’s introductory track and it begins by questioning, “How many cars can I buy til I run out of drive?” This question is followed by a second question, and so on. In actuality, these questions do not pose for real answers but they spark some thought in the listener. This first song really sets the tone well and gives us a feel for what’s to come in the next 46 minutes.

“Where This Flower Blooms” featuring Frank Ocean, is the second song on the album and it imposes Tyler’s free spirit and his message in being yourself.

tell these black kids they can be who they are

Tyler continues with a smooth transitional interlude of “Sometimes…” that leads into the next song. “See You Again”, along with “Garden Shed”, “911/ Mr. Lonely” and “Glitter”, all pertain to love and Tyler’s possible significant other who forever remains nameless. Within all these songs in which Tyler speaks on love and infatuation. Tyler takes this time to also open up about his sexuality. Like he said in his widely known song, “Yonkers”, which launched Tyler into fame in 2011, “He’s a f**king walking paradox”, and he continues to prove that till this day. Therefore, fans have had trouble reading him and knowing when to take his humor for actuality. But in this album, many lines like “I’ve been kissing white boys since 2004”, may be enough to confirm his sexuality.

Another major theme in Tyler’s album seems to be self-awareness. For those who may have seen Tyler grow have always asked, “When will Tyler ever grow up and mature?” While many will say he remains just as wild and obnoxious since he first came out, Tyler proved on this album he is fully aware of his surroundings and who he has become. He also accepts things aren’t the same, materials things don’t equate happiness and that he has outgrown some friendships… and that it’s all okay. A more mature and sane Tyler speaks to us about the inners struggles we all may deal with when it comes to loneliness and the struggle of finding that one person. While Tyler has become more aware about things, this album allows his fans to possible do the same. He stresses the importance of “Good health, success, time on earth worthwhile, find somebody who love me…” 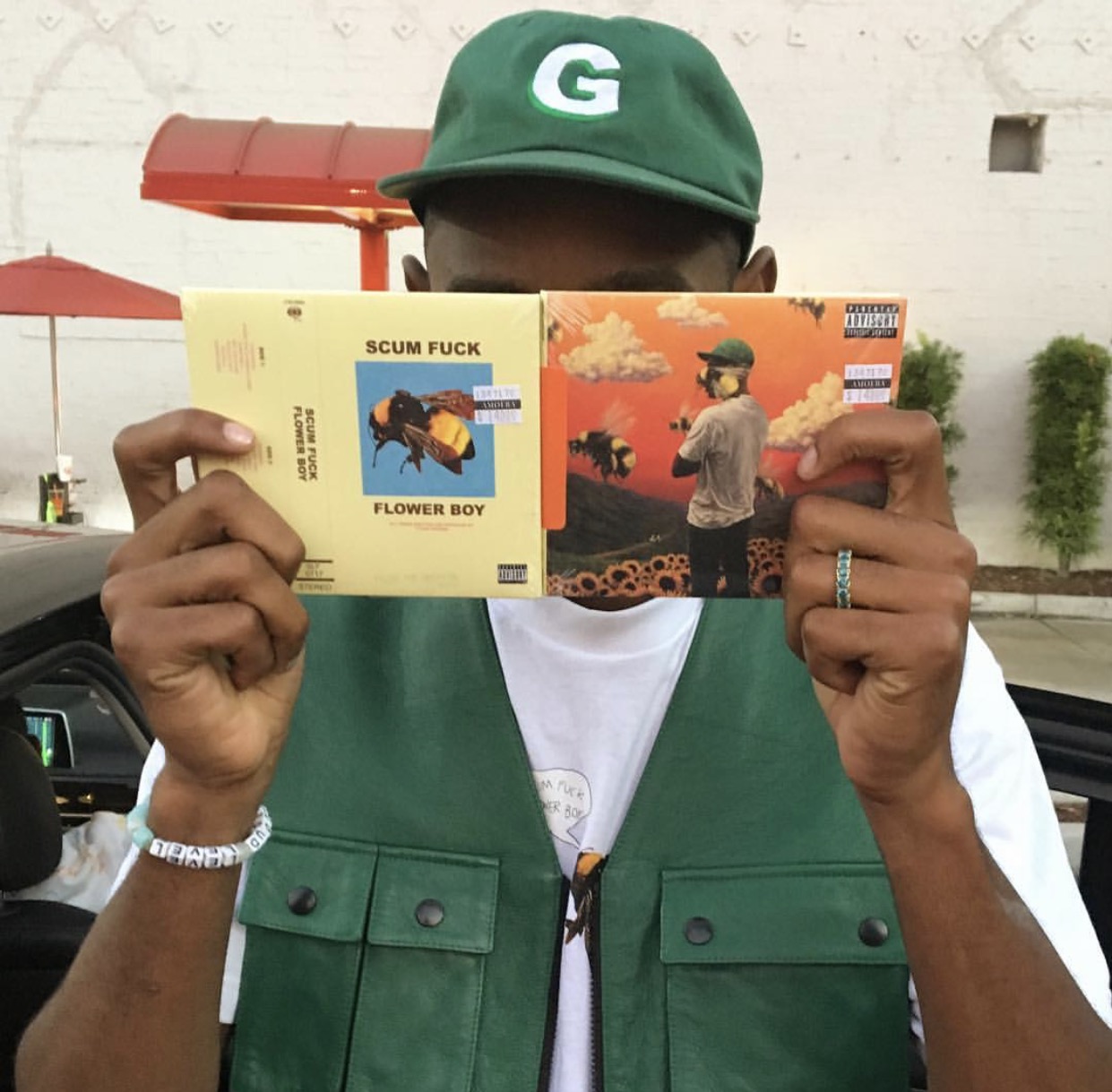 Tyler, The Creator’s latest album, “Flower Boy” truly radiates happiness and positivity and will have a lasting impression on all his fans and the world. Tyler’s production was impeccable, while providing us something with heavier content and lyrics than ever before. The biggest message was self-awareness, self-love and staying true to yourself. We hope to catch Tyler on tour for this album very soon. I believe everything this album contains will truly transcend through the crowd with his high energy and vibrant personality. Two years was definitely worth the wait. He has evidently put in a lot of work in putting together this album together. I can say our “Flower Boy” has truly blossomed into the man he was always destined to be.