‘Spider-Man: Into the Spider-Verse” Movie Review

This weekend, comic book lovers and moviegoers alike were (re)introduced to Miles Morales, the character created by writer Brian Michael Bendis in 2011 whom is next in line to take up the Spider-Man mantle after Peter Parker, in his first ever major motion picture debut: Spider-Man: Into the Spider-Verse. Voiced by Dope actor Shameik Moore, Miles is the first ever biracial Spider-Man to get the big screen treatment.

The film focuses on the coming of age story of Brooklyn born Afro-Latino teenager, Miles Morales. He has a love for hip-hop and graffiti art, and constantly balances between his admiration of his police officer father, Jefferson (voiced by Atlanta actor Brian Tyree Henry) and possible criminal uncle, Aaron (played by Moonlight and Green Book star Mahershala Ali).  As with his predecessor Peter Parker, he is accidentally bitten by a radioactive spider and immediately thrust into a world of superheroism and dangerous villains. However, with one slight twist: the sudden emergence of other spider-themed heroes from other dimensions. With time running out, Miles must team up with these Spider-Men and Women in order to save the universe as we know it. 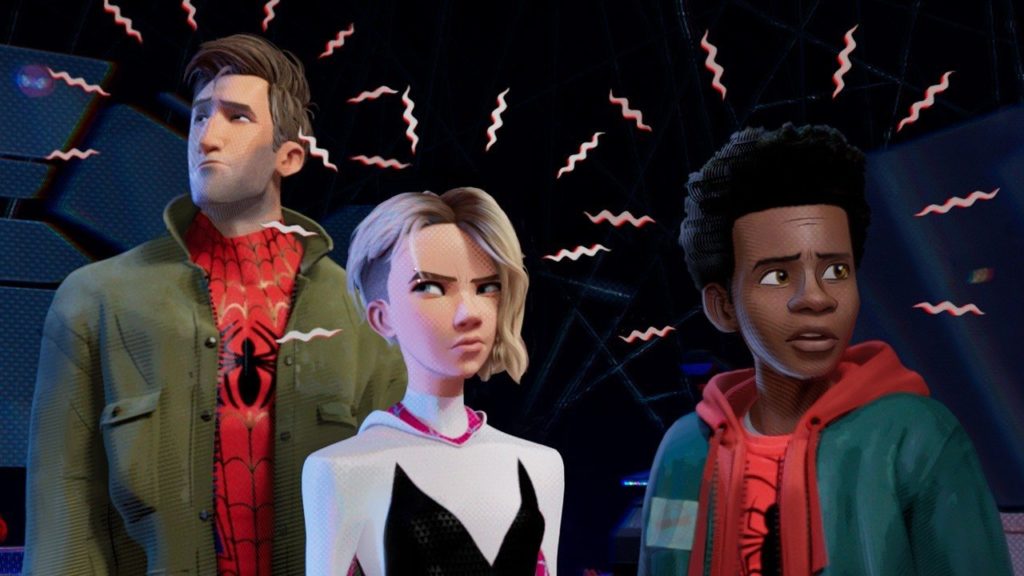 As a growing teen, Miles struggles to find his own place within the world and searches for some form of mentorship, a concept that plays a major role in the development of his character throughout the film. His connection to his estranged easygoing uncle puts him slightly at odds with his by the books father, who is also shown to have an apprehension towards Spider-Man early on. However, it is Miles’ relationship with Peter that drives most of his growth throughout the movie, as Miles soon learns to stop trying to mimic others and become his own brand of hero.

One of the things that Into the Spider-Verse does very well is giving a familiar concept its own distinct narrative. Though Miles is not the first Spider-Man, he and Peter Parker couldn’t be any more different from each other. Everything about Miles seems unique to his character, especially his style of clothing, with his Spider-Man costume including a pair of Air Jordan 1s. The movie’s soundtrack also plays a role in his characterization, as we are treated to the sounds of artists like Swae Lee, Jaden Smith, and Amine, highlighting Miles’ love for hip-hop.

Its also important to note that though Miles is the central character of this story, he is not the only standout. The film features a diverse cast of characters with distinct personalities, which only makes sense with the multiverse plotline in effect. We get to see Spider-People from different dimensions, including Peni Parker (voiced by Orange Is the New Black actress Kimiko Glenn) and her mech SP//dr, as well as Gwen Stacy (played by Bumblebee star Hailee Steinfeld) as Spider Woman. Even the movie’s villain, Kingpin (voiced by Ray Donovan’s own Liev Schreiber) is remarkably human in his albeit evil motives.

Spider-Man: Into the Spider-Verse is a dazzling spectacle to behold, the 3D animation style giving the film a unique comic book visual unlike any other, complete with vibrant colors and the occasional thought bubble. Though a lot takes place within the movie’s near two-hour time frame, nothing ever feels rushed and we get a good look into Miles’ family dynamic way before all of the action takes place. This is definitely a worthy contender in the ever-growing Spider-Man franchise of films, and it will be interesting to see where things go from here.