Marlon Wayans “Sextuplets” shows off his versatility and creativity

The Wayans are known for their amazing character development and comedy for generations, including the classic In Living Color. They have brought new sketches to the industry along with new categories. Shawn, Marlon, and Keenen Ivory Wayans introduced the world to a new way of delivering comedies called “spoof.” Their Scary movie sequel went on to sell millions until the third one along with “Don’t Be a Menace to South Central While Drinking Your Juice in the Hood.” To add to their comedic abilities Shawn and Marlon Wayans went on to write and direct classics like “White Chicks” and “Little Man.” Marlon Wayans – continues to outdo himself with his spoof films “Fifty Shades of Black,” and “A Haunted House.” His new Netflix movies “Naked” shows how authentic his storytelling is beyond spoofing and the plot is definitely one I have never seen before. Marlon Wayans is known for his ability to transform into multiple characters and this film is nothing short of that.

Ok, Let’s get into “Sextuplets”

The film is about a guy named “Alan-a soon to be dad” who finds himself curious when he and his wife Marie played by Bresha Webb go to their baby appointment and Alan does not have a family history because he was put up for adoption and placed in many family homes.

This lack of knowledge worries him but this issue gets more complex when Marie’s father challenges Alan on his future parental skills due to his lack of having a family. After getting a court order from his federal judge in law to unseal adoption records he goes on a quest to find his birth family.

This film is hilarious from start to finish and Marlon Wayans plays all six siblings: Alan, Russell, Ethan, Baby Pete, Dawn, and Jaspar. And all have different personalities and the resemblance is uncanny! After finding the address to his moms home Alan finds an article in the floorboard showing there are four more of them, along with their birth certificates. 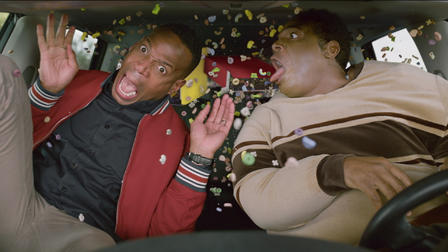 Russell – A mama’s boy that has been watching reruns of “Mork & Mindy” and “The Rockford Files” for years. Honorary mention: He loves captain crunch cereal.

Dawn- An ex-erotic dancer who Alan and Russel find in prison for aggravated assault. Dawn is a real stereotype that grabs our attention with her bright nails and sassy exaggerated personality. She’s the muscles of the sex and she uses her words and physical strength as a defense that works in her favor. 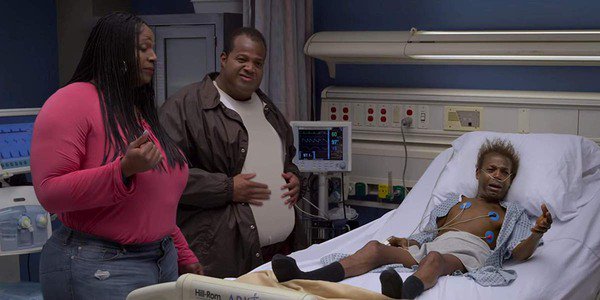 Baby Pete-  He was left with only three days to live after being diagnosed with infantile paralysis, and when they finally meet him he is in need of a kidney. Dawn and Russel are obese and can’t give him one so that leaves Alan.

Ethan – Seems like Ethan is a pimp from the 70s that got put in a time machine to the year 2019. He still wears a gold crown and two-piece suits with intense patterns on them. A little backstory on Ethan is he is very artsy and now desperate for…you’ll find out in the film. 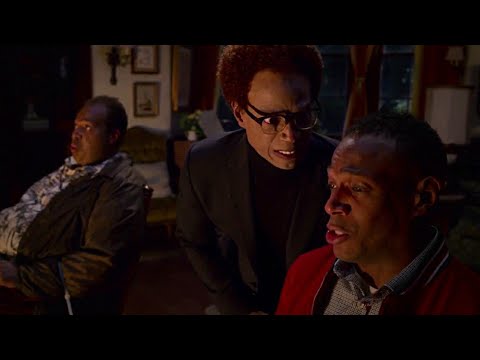 Jasper – He’s a “ninger” (you have to watch the film to know the phrase) who is also a spy. After Marie makes various calls to the pentagon, Ethan finally appears but not the way Alan expects. I would call Jasper the black sheep but his character couldn’t be any more weirder than the others.

If you are looking for something new to watch that breaks the theoretical comedies, Sextuplets is definitely the film for you. Marlon brings a new plot, performance, and design of characters to this generation, further solidifying his imprint on the industry. We can’t wait for the new projects Marlon is cooking up or possible reboots.

Check out the trailer for the film below.

Previous ArticlePuma x TMC Collaboration to Give Back to the Community
Next ArticleNetflix's New Selena: The Series Potentially Clashes with Classic Movie
NIPSEY HUSSLE TUC RECAP