Based on the memoir of the same name and dramatizing the real-life events of the 1986 to 1993 case of Walter McMillian, Just Mercy tells the story of defense attorney Bryan Stevenson’s courageous efforts to prove McMillian’s innocence in the death of Ronda Morrison. Starring Michael B. Jordan as Stevenson, the film also features performances from Brie Larson, Rob Morgan, O’Shea Jackson Jr., and Jamie Foxx as McMillian. 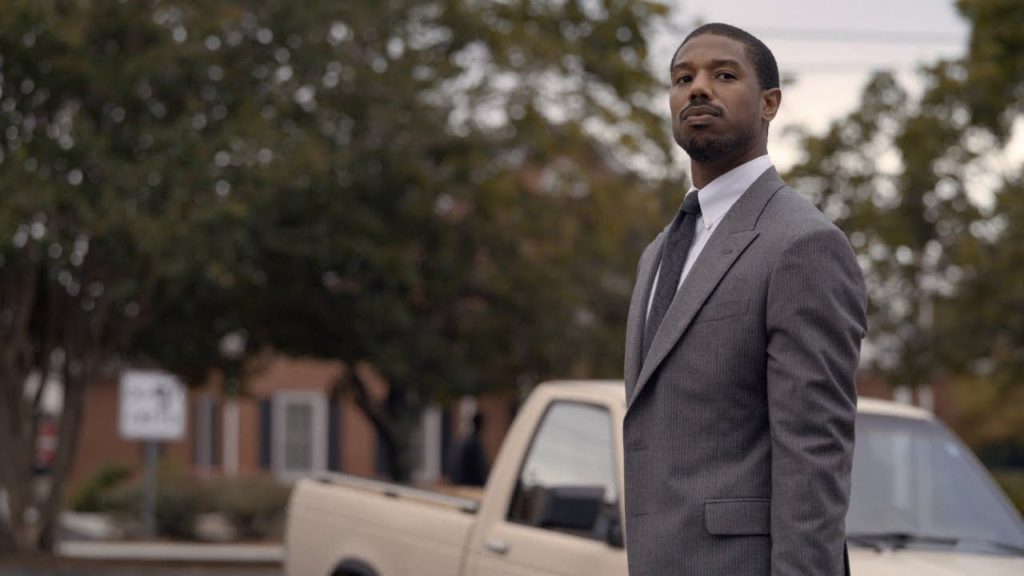 Fresh out of Harvard, Bryan Stevenson (Michael B. Jordan) ambitiously moves to Alabama in order to pursue his career as a defense attorney. Receiving help from Eva Ansley (Brie Larson) and focusing on defending those who were wrongly convicted or could not afford proper legal representation, Stevenson finds himself in an immediate struggle against a criminal justice system that seems to lack equal treatment when it comes racial biases and helping those from a lower class. Taking on several different cases, Stevenson soon becomes heavily invested in proving the innocence of Walter “Johnny D” McMillian (Jamie Foxx), an African American man who awaits the death penalty after being wrongly accused of the murder of eighteen-year-old white dry-cleaning clerk, Ronda Morrison.

The film has a great deal of emotional depth, which works perfectly in delivering the right amount of suspense and drama to an already impactful story. With every heartfelt moment, the audience is just as quickly reminded that the challenges Stevenson faces are, indeed, real ones and deeply rooted in US history. Watching this movie is sure to bring out a range of different feelings from sadness and anger to relief and joy, even when the film’s final climax is one that is predictable given its basis on actual events.

What really drives the movie’s message and story home are the performances given by its diverse and talented cast. Jordan’s role as Bryan Stevenson, as well as Foxx’s role as Walter McMillian, bring forth the intensity of a series of events that made national headlines and brought light to an important injustice in the law system. The way in which the characters are portrayed and how the actors and actresses work off of each other really help to set the tone for such a compelling tale.

Overall, Just Mercy sets itself as an amazing start to a new decade in the world of cinema. Both a history lesson and an enjoyable film in general, this is defiantly a must-see for moviegoers of all types.