Thirteen studio albums in, and Jay-Z still has the clout to dominate hip-hop headlines with just the inkling of a new release. He’s certainly earned that right, not only for his illustrious music career but also for his generous efforts to better the culture with the money he’s earned. For the most part, however, he’s kept the two worlds separate; dealing with his come-up in the streets on his albums while bailing fathers out of jail when he’s not in the booth. 4:44 finally brings together both sides of Shawn Carter, giving the people an introspective album of life lessons while killing off Jay Z in the process.

Hov only needs 36 minutes to get his point across in his most concise album to date. 4:44 grips you to the speakers from the outset, as the Brooklyn rapper viciously dismantles his own image on “Kill Jay Z.” He saves room for others on the track, however, sliding in a jab at Future, Eric Benet, and directing a tirade at Kanye for his antics. The venom spills over onto the rest of the album (the line “niggas will rip your shit off Tidal just to spite you” on “Smile” didn’t stop 4:44 from being illegally downloaded almost a million times in week one), as Hov has no problem using his influence to speak his mind.

Anointing No I.D. as the executive producer of the album reaped countless benefits, as the Chicago beatmaker creates a seamless soundtrack from start to finish. It’s a crate digger’s paradise, as No I.D. gets back to the essence of black music by sampling artists like Stevie Wonder (“Love’s in Need Of Love Today” on “Smile”), Sister Nancy (“Bam Bam on “Bam”), and Donny Hathaway (“Someday We’ll All Be Free” on “Legacy”).

Especially noteworthy is his sample of “Four Women” by Nina Simone on “The Story of O.J.” On the original song recorded in 1966, Simone tells a timeline of four black women in America, each differentiated by skin color (black, yellow, tan, brown). Only the first woman is a slave, but the impact of her dehumanization is felt in each of her descendants: an illegitimate child, a prostitute, and a tortured soul breaking under the weight of her family’s infamous legacy. Forty-one years later, No I.D. and Jay-Z sample the record to note how no matter one’s complexion or occupation, black men and women are “still nigga” in the eyes of many.

Chemistry between emcee and producer on 4:44 is unblemished. Jay-Z again tailors his lyrics to fit No I.D.’s samples on “Moonlight,” a nod to the Oscar winning picture that was incorrectly snubbed on stage at the ceremony. While rapping “we stuck in La La Land, even when we win we gon’ lose,” a distorted rendition of The Fugees classic song “Fu-gee-la” plays in the background, with the chorus “ooh, la la la,” becoming audible as Jay-Z references “La La Land.”

4:44 isn’t a response album to Beyonce’s Lemonade, but it’s inevitable that Jay-Z would speak on the cheating allegations at some point. No I.D. says he pushed his sample of Hannah Williams’ “Late Nights & Heartbreak” to get Hov to open up on the title track “4:44,” and it worked to devastating effect. Jay-Z leaves no stone unturned as he documents his many missteps, realizing how his lust and selfishness have hurt the woman he loves so much. It’s clear fatherhood has changed his priorities, as he caps off his profuse apology with a message to his daughter, saying “my heart breaks for the day I have to explain my mistakes / and the mask goes away, and Santa Claus is fake.”

Jay plans to give his children a lot more than just an explanation for his history. “Generational wealth, that’s the key / my parents ain’t have shit, so that shift started with me,” he spits on the outro track “Legacy.” Drake’s called Hov “corny” in the past for dropping too many art references in his bars, but on “The Story of O.J.” he emphatically validates his purchases. “I bought some artwork for one million / two years later, that shit worth two million / few years later, that shit worth eight million / I can’t wait to give this shit to my children.” 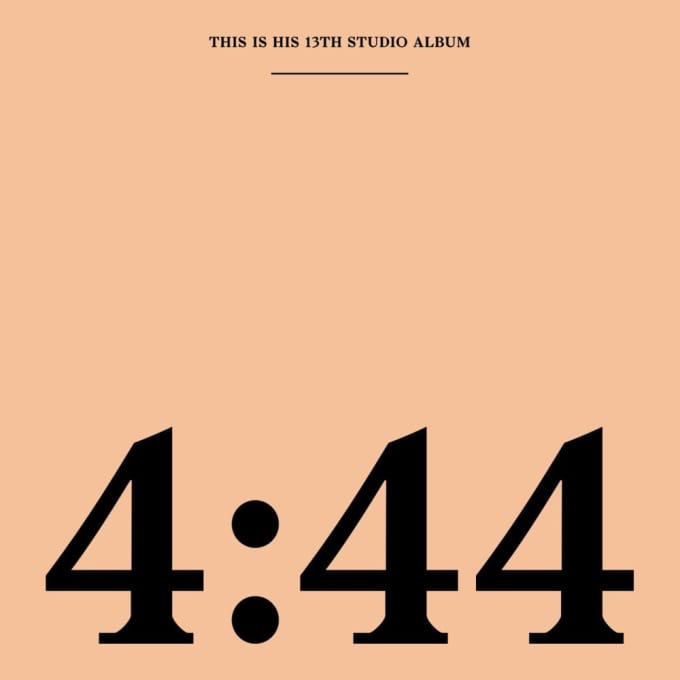 It’s truly a grown-up Jay-Z throughout 4:44, and his blueprint to financial success contains advice that all listeners would be wise to heed. He’s been labeled anti-Semitic by some for his line elaborating how Jewish people gained “all the property in America” elsewhere on “The Story of O.J.” but the accompanying message about the importance of maintaining good credit holds true. He thanks his mother for giving him investments on “Legacy,” rapping “my mother took her money and bought me bonds / that was the sweetest thing of all time.”

It remains to be seen what kind of impact Jay-Z’s mentoring lines will have, if any. He admonished rappers for posting selfies with the “money phone” on Instagram, and thus far many have been resistant to his words. Longtime rival 50 Cent called the album “too smart,” saying in an Instagram video that it sounded like “golf course music” to him. Still, as 4:44 rolls onto more platforms this weekend, hopefully Hov’s advice will better a few people out there in need of a road map. There’s no debating the quality of the album; let’s see if it’s able to do more than (technically) go platinum in less than a week.