I had the pleasure of being invited to rapper, Cellus Hamilton’s listening party for his “Album of the Year” titled “We are and We Shall”. It was an exclusive invitation to close family and friends of the rapper who constantly supported him on his journey from leaving his whole life behind in Atlanta, Georgia about a year ago, to follow his dreams in New York City. There were many people who attended (including myself) who have only met Cellus within that year but have truly been touched not only by his lyrics, the flow that he has , the music that he created , but also by the aura that Cellus carries with him to every room. Hamilton has a way with words that will uplift anyone in a bad mood. I would describe him as a young preacher to the youth, someone that we need in today’s society. Every encounter that I have with him is always an insightful and inspiring one.

Cellus Hamilton introduced his album by first giving the listeners an insight to what each track was about as well as the album as a whole. He describes his album as “a series of parables” that tell his story and his truth. On the cover of the album you will see the rapper wearing a crown, dressed in royal clothing, sitting on a thrown with a woman beside him holding an apple in front of his face. Cellus stares forward ignoring the apple held out in front of him. This imagery displays a deeper meaning that Cellus goes on to explain to his listeners saying, “When you see me on the cover with the crown it is a representation of my identity because of the bloodline I have with Christ, it is also a representation that as much as you know your identity there is that apple on your shoulder, there is always that temptation, but if you notice my posture on the cover you will have a little insight as to the content of the album you will recognize my role as the king but there will always be that apple on my shoulder.”

Hamilton describes this album as “The Album of the Year” and he explains why it deserves that title saying, “When I called the album, “Album of the Year” it isn’t a cocky phrase or I’m better than you but the content is “king-like”, that means this is the content we were born to carry, when I tell you you’re a king just cause you don’t believe it doesn’t mean it’s not true. When I define this album it is saying that I recognize the content and the part that I carry, the responsibility I have with my words to deliver a message.”

In Hamilton’s “Album of the year you will hear how his lyrics define his truth. He tells his story from college to following his own path, leaving everything behind and following his passion of music. He goes on telling the truth hidden behind hip-hop, the yin and yang of both the ugliness and beauty that is represented within rappers and their music as well as their truth. Cellus battles with being a Christian rapper being accepted not only in the music industry but also the Christian community itself. Hamilton has a few features on the album with singers such as Emily Thomas and AJ Ryan. His friend Nelson is also featured on a few tracks as well, pouring his soul on the piano.

From track one we have a perfect introduction to the album and as the album progress, more and more of Cellus’ truth, his personality, and his flow surfaces. The rapper talks of how he came to be the person that he is today and of his experiences and inspirations. 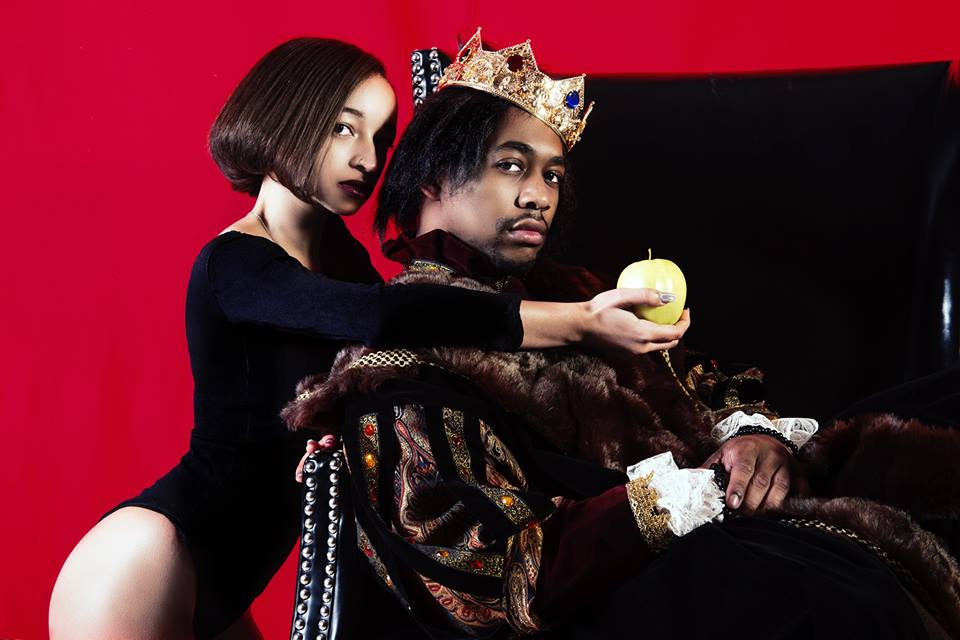 As you listen to his album you will see that this is one rapper that NEEDS to be RECOGNIZED BY ALL. Cellus Hamilton’s music does just what he said it would do, “change perspectives and uplift souls”. When you hear his lyrics you will see an exposure of the ugliness of society but also recognize the beauty that is in it as well. Hamilton takes listeners back to what we can define real hip hop as. He has raised the bar against many well-known rappers and I’m not sure who will be able to top it at this current time. In his last two songs Cellus leaves listeners with a message, that we are constantly running from our fears, our dreams and that we need to recognize and face our greatness. With God anything is possible, he is the only person that can help you recognize who you truly are. This album truly is “ALBUM OF THE YEAR”!

Cellus Hamilton’s We are & We shall album is currently available for purchase ITunes and streaming on Apple Music, Spotify, and Tidal.