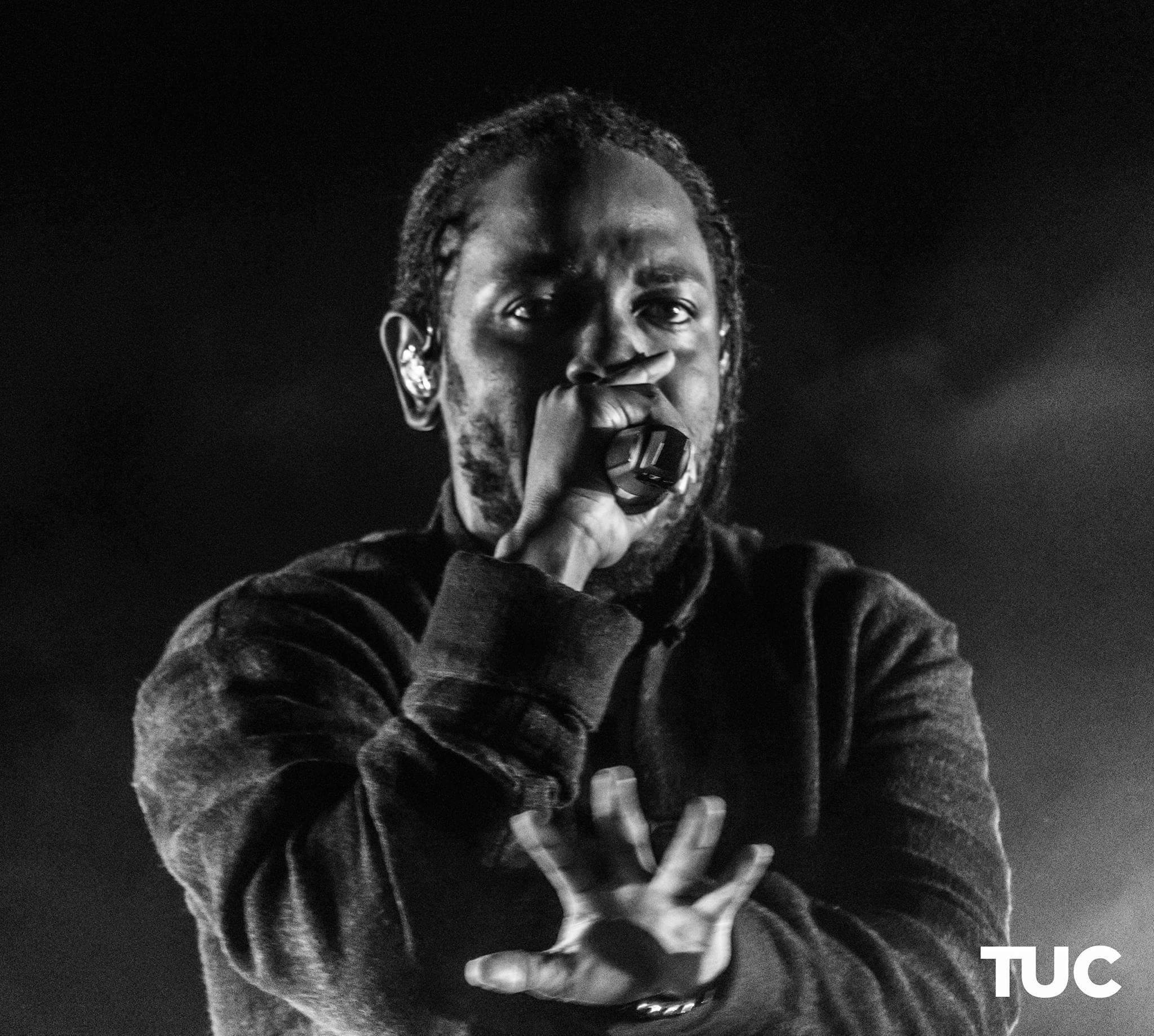 With an audience of 40,000 people, the 2017 Rolling Loud Festival shut down Miami this past weekend with hip-hop’s most epic festival ever. Hip-Hop fans all over the world came together from May 5th– May 7th to rejoice on what seems to be a weekend that will go down in history. With over 10 hours of daily non-stop live performances from some of hip-hop’s biggest names, fan’s biggest dilemma was having to pick which artist to go see next. Aside from set times overlapping with each other, weather was only an issue for the beginning part of the day on Friday. There was rain for the first two hours of the festival, but Rolling Loud announced the show would go on rain or shine. For the rest of the weekend, it was nothing but good weather and good vibes. 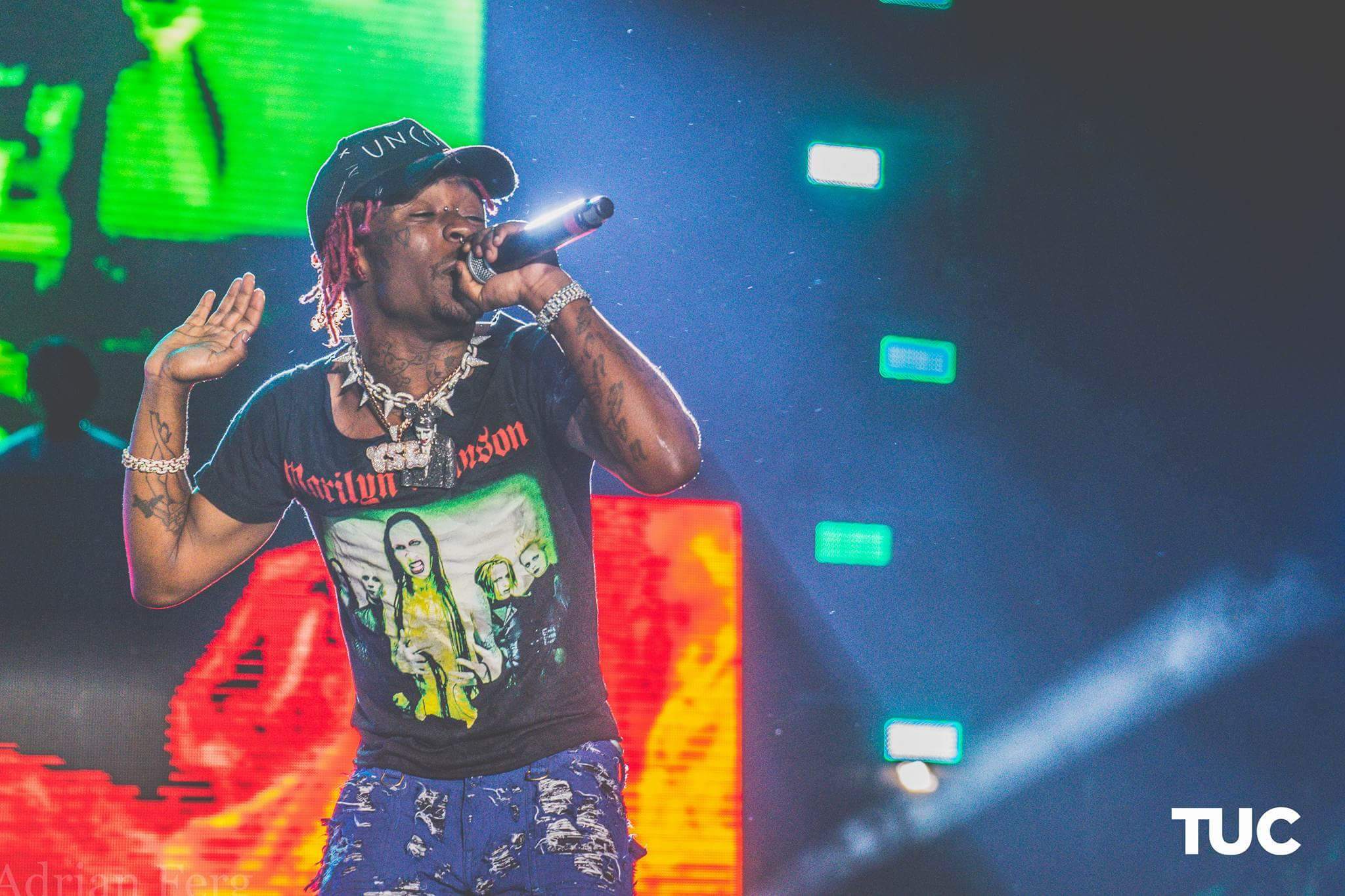 The Rolling Loud Festival was located at Bayside Park in Miami, right next to The American Airlines Arena, home of the Miami Heat. The festival consisted of two different stages, the Monster Stage and Postmates Stage. Each day, every artists had a set time and some major artists like Kendrick Lamar and Young Thug overlapped with each other. Fans had a 30 minute window in between artists, therefore they had to be wise on how much time spent at certain stages if they wanted to see everyone perform. Day One of the festival consisted of performances by Lil Wayne, A$AP Rocky, Lil Yachty, Curren$y, Mac Miller, Flatbush Zombies and many others. Day two featured Kendrick Lamar, Young Thug, Wifisfuneral, Joey Bada$$, Action Bronson, XXXTentacion, Polly A and much more. And finally, Day 3 of Rolling Loud Festival finalized the weekend with performances by Travis Scott, Future, Gucci Mane, Lil Uzi Vert, 21 Savage, among others. 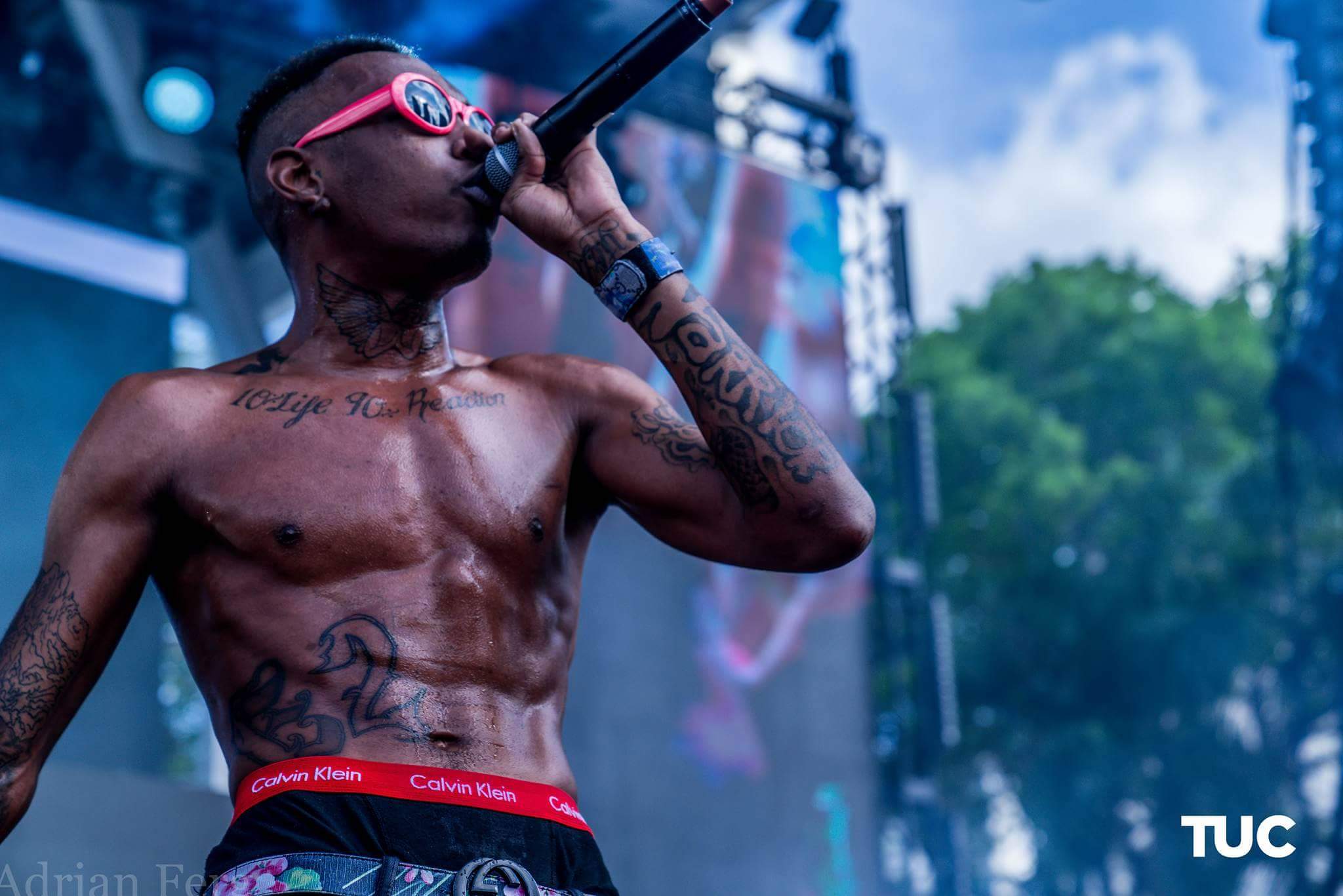 With a line up this insane, there was plenty of action and notable highlights to accentuate throughout the weekend. Friday was the first day of the festival and doors opened at 4:00 pm. Day One’s biggest highlights was Lil Wayne and A$AP Rocky’s set. Even though they’re set times ran into each other, either choice was a win- win situation. A$AP Rocky was the last performer of the night at the Postmates stage and he made sure to put on for the city of Miami. A$AP Rocky brought out his whole crew on stage, otherwise known as the A$AP Mob. As if that wasn’t enough hype, A$AP Rocky also brought out one of hip-hop’s newest sensation, XXXTentacion. They both hit the stage together and collaborated on XXXTentacion’s hit song, “Look At Me.” Finally, rap’s legend Lil Wayne topped off the night at the Monster Stage. He had fans rapping and singing along to all his songs as if they were released yesterday. Each artist brought up energy and love to the crowd and it was a successful start to the festival.

Day Two was just as eventful as the first night at the Rolling Loud Festival. Although the lineup showcased a variety of artists, Saturday was really able to spotlight a lot of young and upcoming rappers like Wifisfuneral, XXXTentacion, Ski Mask the Slump God and Rich Chigga. Most of these artist performed earlier in the day, but they did not fail to keep the crowd energized throughout. There was also much hype prior to XXXTentacion’s performance. XXXTentacion has been making music for a few years now and has grown a cult fan base. He was recently released from jail and the artist blew up while he was gone with his hit song “Look At Me!”. XXXTentacion was a much anticipated act and he electrified the crowd from the moment he got on stage. While some may say the biggest highlight of the day was Chief Keef actually showing up to Rolling Loud despite his arrest warrant, Kendrick Lamar’s performance was by far the best of the night. Fans waited for over an hour in the same spot just to see King Kendrick perform. As soon as Kendrick took the stage, he gave the crowd a breath-taking performance that’ll rest in everyone’s mind forever. 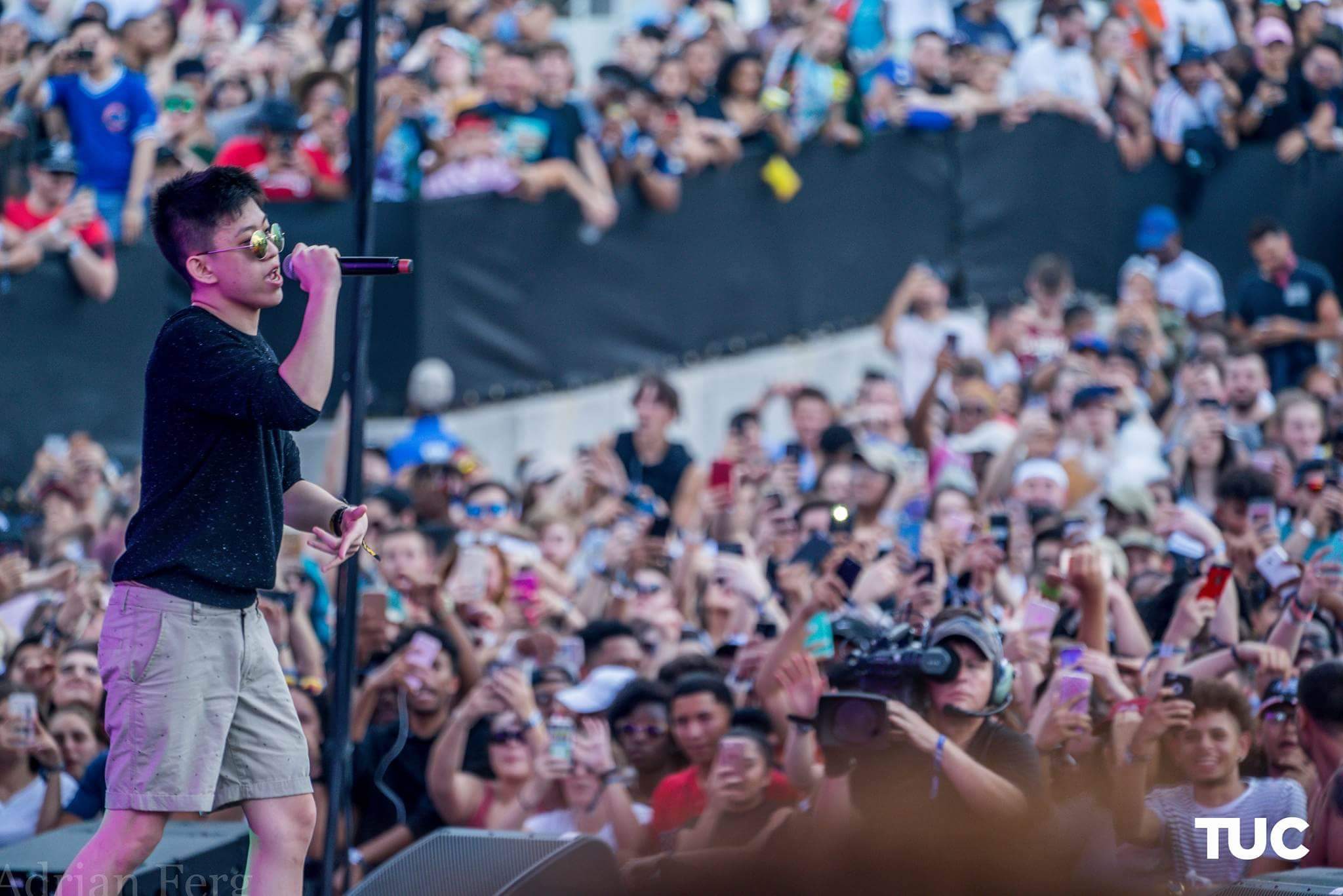 And finally, Rolling Loud Festival went all out for the last day of the festival. Sunday’s lineup was stacked up with artist such as Future, Travis Scott, Lil Uzi Vert, 21 Savage, Migos, Gucci Mane, Playboi Carti and much more. Just like Saturday, the doors opened at noon. The festival’s last day really showcased some of the biggest trap artists in the game right now. Atlanta’s Trap God, Gucci Mane took the stage at 5 pm at the Postmates stage and from there on it was nonstop turn up music. Playboi Carti was on at 5:30 and had the crowd milly rocking to his hit song “Magnolia”. Playboi Carti also brought out A$AP Rocky on stage during his performance. 21 Savage followed Gucci Mane’s performance at the Postmates stage. In the meantime, fans were eagerly waiting at the Monster Stage for the Migos to come on. The biggest mishap all weekend was Migos arriving late to the show and changing stages. Fans were very upset and got a little rowdy when YesJulz came on stage explaining the situation to a crowd of almost 40,000 people. The Migos weren’t performing on time because the city was deemed unsafe. YesJulz announced Migos would perform later and indeed they did. In reality, the small fluke may have worked out for the better. Migos were moved to the Postmates stage and Lil Uzi Vert followed right after making the conflict of interest between stages now easier. The whole night was filled with amazing performances by all the remaining artists, but the biggest highlights of the night was Lil Uzi Vert’s epic crowd dive and Travis Scott’s stage. As if the video hasn’t circled the web enough already, we can’t seem to stop talking about Lil Uzi’s brave and almost heroic jump from the media tent into the crowd. Lil Uzi brought out so much energy and life to his fans, truly a very memorable performance. Lil Uzi Vert has proved to embody a true rockstar persona. Future ended the night at the Postmates Stage, and Travis Scott capped off the night and festival altogether. Travis Scott’s stage contained the best visuals seen all weekend. His stage consisted of a robotic bird that seemed to flock along to the music perfectly. The bird was huge and symbolized his latest album “Birds in the Trap Sing McKnight”. To top it off, Travis also brought out Quavo to the stage. They both performed all their hit songs together including “Portland” and “Pick Up The Phone”. 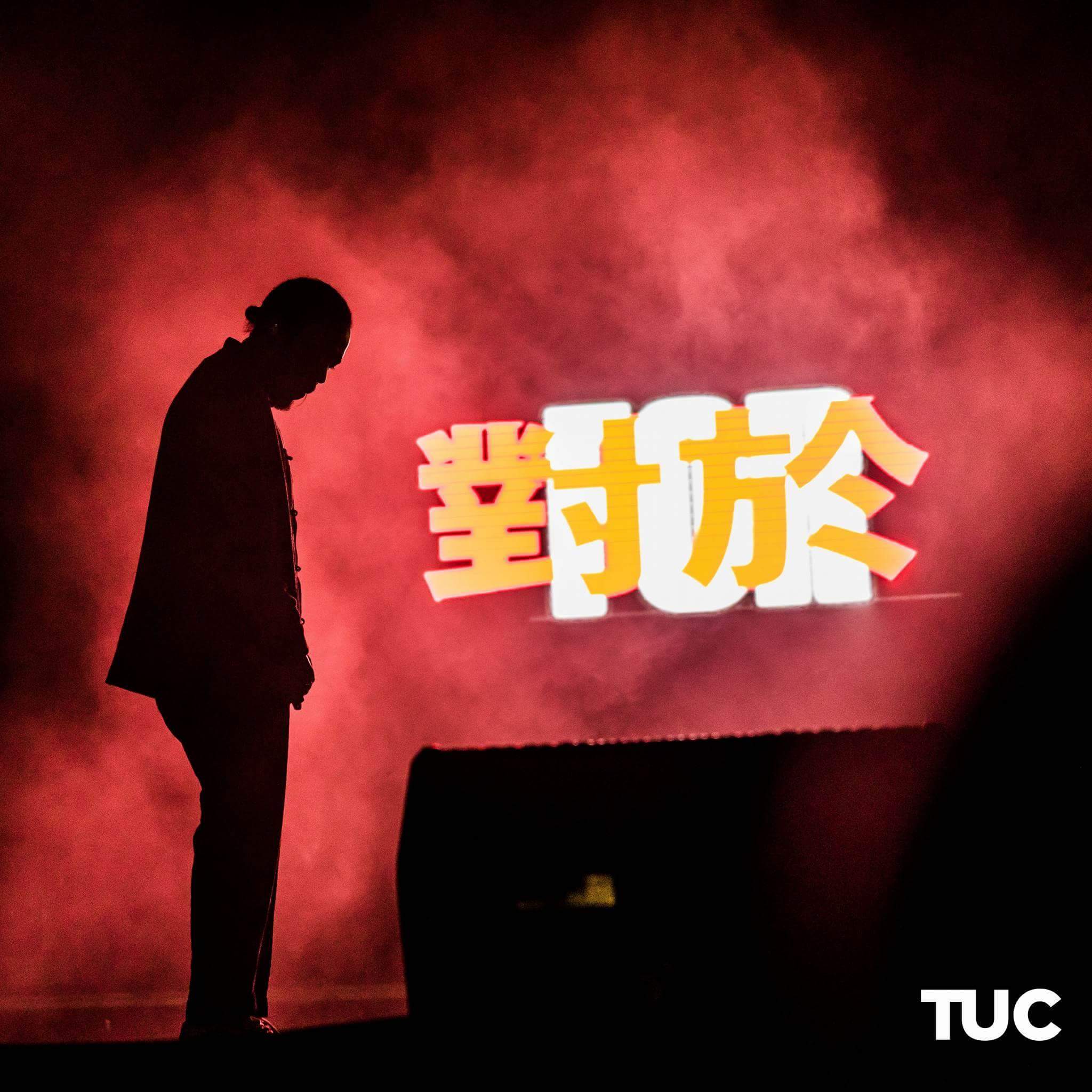