NEXT UP – Zach Deputy: The One Man Band

In looking for new music, I always want to find someone who impresses me in an innovative way… and Zach Deputy has definitely done that over the course of listening to his music.

Playing a couple of his songs, I think to myself, hey … this is groovy! But it wasn’t until later I found out that he is a one-man band, trained musically in several different instruments, producing original tunes with influence from African, Caribbean and Latin music.

Zach Deputy plays his live shows with electronic loops. It happened for the first time on accident, when his bass player spontaneously couldn’t make it to a performance. But as performers know, when the concert comes… the show must go on! So he decided to play the bass track on a loop and perform anyway.

Today, Deputy plays all of his shows (besides a few side performances with the Zach Deputy Band) in this manner, looping the bass, drums, guitar, vocals – anything really – underneath a separate vocal track, beat-boxing perhaps, or a wicked drum solo which he plays on his kit, and of course his personal guitar track that he jams on wildly throughout the show. 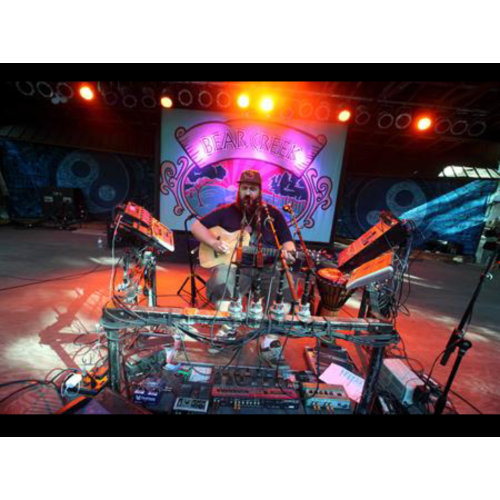 He performs with four microphones for different sounds and is known for his variety. He admits that he never wants to get bored of himself or his music, so he likes to keep trying new things. For Deputy, sometimes the most fun option for performing is just to fool around with his instruments like he would at home.

Some of my personal favorite songs include “Home” from album Out Of The Water, “Sweet Rene” from Another Day, and “Twisty Twisty” from Sunshine. Check out his newest album Wash It In The Water, recently released in 2016.