NEXT UP: YouTube Sensation and Recording Artist Macy Kate

From starting out in the music industry at the age of 13 and going on to become a viral YouTube sensation with over 1 Million Subscribers on the platform with amazing covers of some of the hottest tracks on the Billboard charts, St. Petersburg, Florida native Macy Kate first burst onto the scene nearly 6 years ago with the Macy Kate Band’s stellar cover of Imagine Dragon’s hit single Radioactive which now stands at over 33 Million Views on YouTube. Since then, Macy has gone on to start her own channel and currently has 23 cover song videos each eclipsing 1 M views on her channel. We caught up with the young artist to discuss her early childhood, her major musical influences, and plans for an upcoming album.

1. Emani:  How does it feel to start in the music industry at such a young age?

MK: It feels great! I think having started in the industry so young it taught me how to understand everything that’s going on around me. I started in the actual music business when I was 13, so I was constantly going through struggles that a normal 13 year wouldn’t be facing. I wasn’t in school, I was home-schooled for music so I wasn’t dealing with the normal early teen drama, I was dealing with adults and contracts and criticism. I grew up really fast being around adults all the time but I’m super grateful J started so young because now I feel super confident in every decision I make because I’ve learned from mistakes in the past, thankfully that happened early on in my career. Now I know exactly what I want.

2. Emani: How did you learn to play different instruments and sing?

MK: My mom put both my brother and I in classical piano training when I was 5. We were trained classically for 5 years so I developed an ear for music when I was super young and that’s actually how I started singing was through piano and humming the melodies. I would be playing Beethoven, Bach, and Sonatinas at 5 years old and just humming along. Eventually, that transitioned into me learning pop covers and chords and singing with them.

3. Emani: Who are some of your favorite artists and how do they influence you and your music today?

MK: Christina Aguilera has always been a huge influence of mine. My mom would play her Christmas concert show year round around the house and I would study her runs, rifts, growls, and the tone that she had until it became natural to me. I can honestly say there’s no one like Xtina. Rihanna is also a huge influence as well. I love how she crosses over into different genres.

4. Emani:  What was the meaning behind the song ‘Thinking Bout U’?

MK: Well ‘Thinkin bout u’ came about after I went through a very toxic relationship which is what my first single “Property” was about. That whole experience damaged me a lot but also made me realize who I was and what I wanted as far as relationships. So Thinkin Bout U came after that and it’s all about experiencing a new love. just the feeling of opening up so much to someone, breaking down all the walls, being vulnerable with that person, and very intimate. it’s all about coming out of pain and into something new and fresh that makes you realize your worth and what you truly deserve. 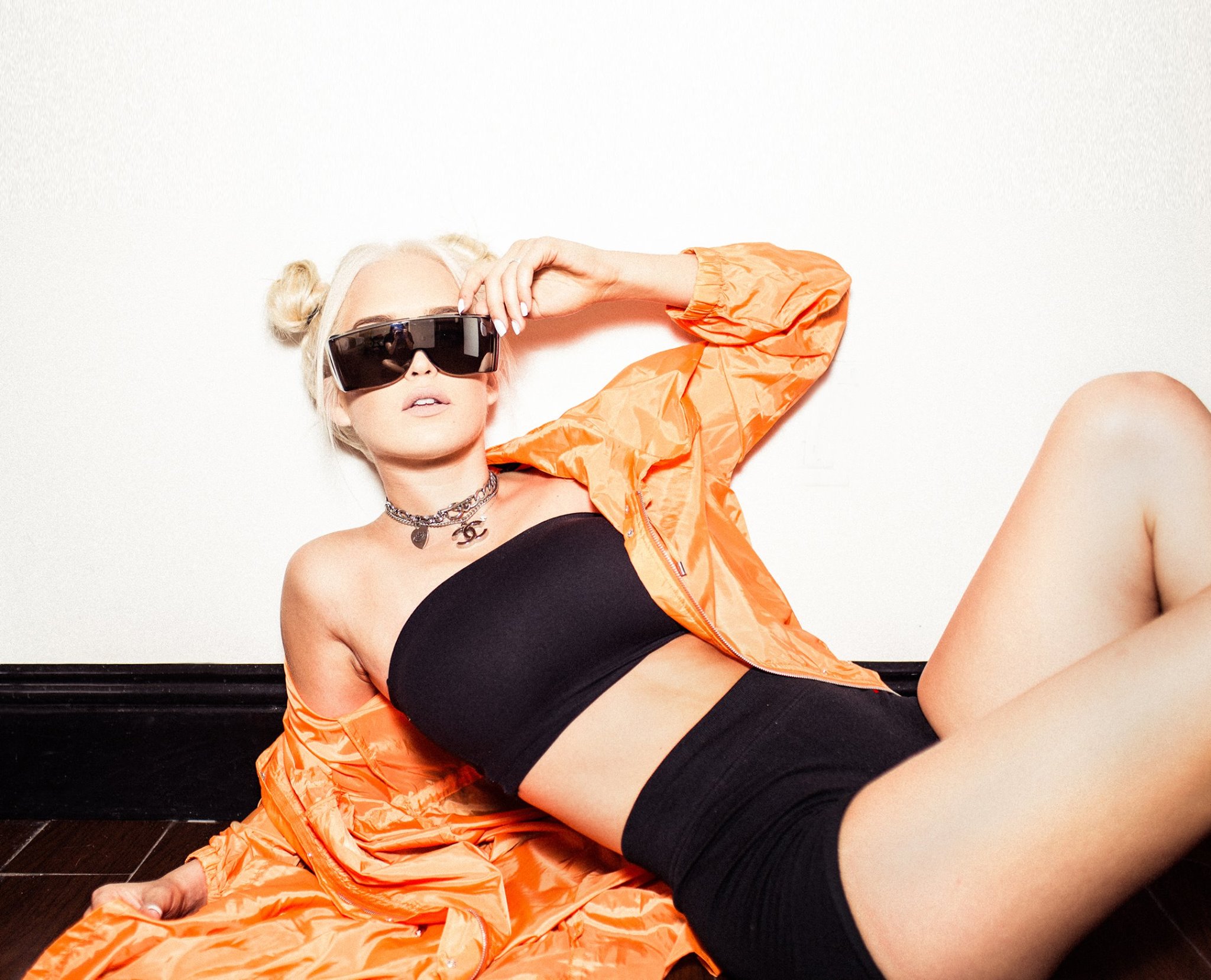 5. Emani: What motivates you to do song covers?

MK: The songs! I’m always looking at the new songs that are being released and any time something new comes out and try and think of a way I can make it totally different and completely original. There’s something about covers that makes you look at a songs meaning differently. It’s a beautiful thing.

6. Emani: How do you feel about modeling coming next in your career?

MK: Ummmm, it’s funny because I get asked that question a lot. I mostly post pictures and model purely for fashion. I have a huge passion for the fashion industry. I’ve always had a super creative mind and always like going outside of the box, taking pictures and expressing myself through modeling in different clothes makes me happy and I find joy in that. I definitely could see myself doing a lot with fashion and if modeling comes with that then sure! Obviously, being in music, Im in shoots CONSTANTLY for album art, magazine covers, instagram, etc. but That’s just me being an artist being completely able to do what I want which is what I love. as far as modeling goes, I feel models don’t really have a say in what they are doing, it’s always in someone else’s hands. I like being hand on with the creative process so I don’t think modeling is for me.

7. Emani: Personally, what do you love the most about what you do?

MK: Connecting with people. That’s what keeps me going. When I get messages or people coming up to me at shows saying that I’ve saved their lives with my music and that they can relate so much or “I’m going through that right now and you helped me get through it” it’s the best feeling and inspires me to continue doing music. The industry can get so tough sometimes and a lot of times I feel like giving up but when I get messages and words from people like that, it makes it all worth it.

8. Emani: Is there a possibility your fans could be expecting an album from you?

9. Emani: Can you tell us about your band and what might be next for you guys?

MK: Ugh, my band is AWESOME! TL Jentgens (my drummer) and Joe Cosas (my pianist) have been musical influences to me with everything. They are the most talented people J know hands down. They always challenge me with my live show and get me out of my comfort zone which is what I love about them. You definitely will see us together on tour very soon. I feel most at home when I’m with my band. They have been with me since I was 13 and continue to support me every step of the way through every phase that I go through with music. They are truly so special. 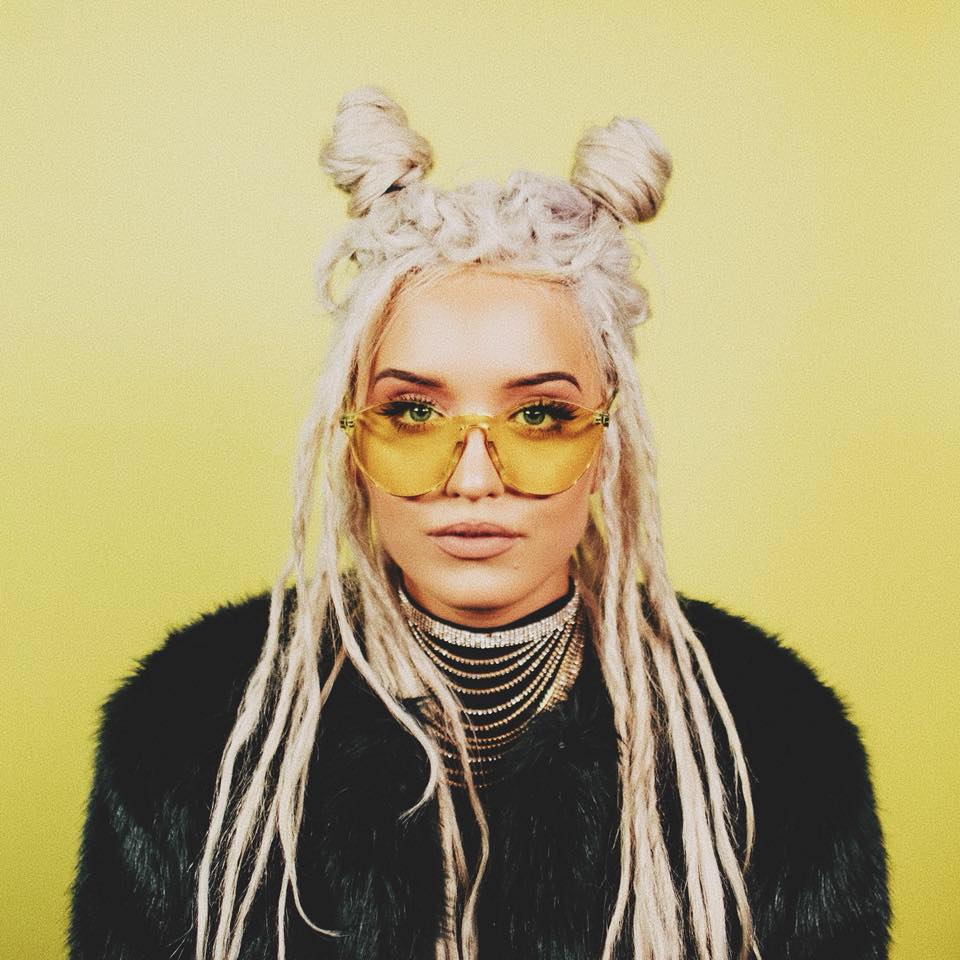 10. Emani: What does True Urban Culture mean to you?

MK: True Urban Culture means sharing your gifts to strangers to make this cold world a more peaceful place. Writing my thoughts, performing my songs, and singing about my feelings doesn’t always take the pain away. It doesn’t feel like life just suddenly got better once I sang about it, and wrote about it but it does do something absolutely unbelievable. we’re all surrounded by people that we may have known for years and people that we’ve never met before. what I love about Urban Culture is that it brings strangers together that you’ve never met and may never see again to share a moment together and just be present in the moment with each other. I can relate to people through my music and that’s the best thing I could ever ask for. That’s what True Urban Culture means to me.

Check out her latest single Vibe below:

Previous ArticleHarlem FW Week Shows How Beautiful Black Owned Fashion Could Be if We All Embrace It
Next ArticleThe Oscars and more: A night of first!
NIPSEY HUSSLE TUC RECAP