Over this past weekend, I had the opportunity to talk with Suffolk County, NY artist Draii Rynell. I had the opportunity to talk with him about his many musical influences, thoughts on the XXL Freshman Class, and how his sound would resemble Missy Elliott amongst all artist if he was around in the 90’s.Kemet High: What is the music scene like in Suffolk County? And NY in general ?

Draii Rynell: The music scene is very fresh, very organic. A lot of people are reaching out and striving; everyone is working with everyone. Everyone is very resourceful with each other. It creates this organic, fresh sound. Majority of everyone knows everyone, everyone kind of has their hand in each other’s project. The music scene in NY is definitely controlled and I like the upbeat tempo; they make sure it’s a culture. The feel the night life, the artists, the scene, but it’s such a packed place that everyone is cut throat. Sometimes we don’t need to reach out to “they” as DJ Khaled would say.

KH: Can you take me back to the first track you ever recorded?

DR: It was really testing the sound of things. Like how could I take 2 and 2 and make 4. I used to run it on my dad’s dj system. He got his taxes back and went all out. I got into computers and everything went from there.

KH: Who is your favorite artist and influence?

DR: My favorite artist right now, hands down is Drake. I really pay attention to campaign structure and the way things unfold, it shows you that it’s for the listeners. As an artist you embody your brand and the fact that your brand can extend to other artists and other countries. I can put my mind to any genre. I wouldn’t really consider myself in any genre, because there are so many influences.

KH: What is one thing you want your newest fans to know?

DR: I’m versatile. You may see me here right now but I’m going to be in other places. I may be here in R&B and I might end up in euro or EDM. I really want to move towards film. I always wanted to be a composer for films, carrying out a mood and advocating for what is visual. Pulling that situation out visually and adding these sounds that you could relate those feelings to love a character, hate a character etc. I’ve done some compositions for a couple of independent companies in Florida, Louisiana, etc. I’ve done like 3 of those. It would definitely be music first because music is the spark of the vision, I’m going to change everything into visuals but music would be first, it’s going to transform.

KH: At what point, if any, did you realize you were starting to make it?

DR: 2011. I partnered up with different groups and we were working closely with individuals. We performed in different states and people were so receptive. Fans came out and were with what we were making. It was like the setting stone, like people were really singing the songs when I went to perform places. It really grows you as an artists, it makes the art come out a little different. It forces you to have a relationship with the people that are listening to you. 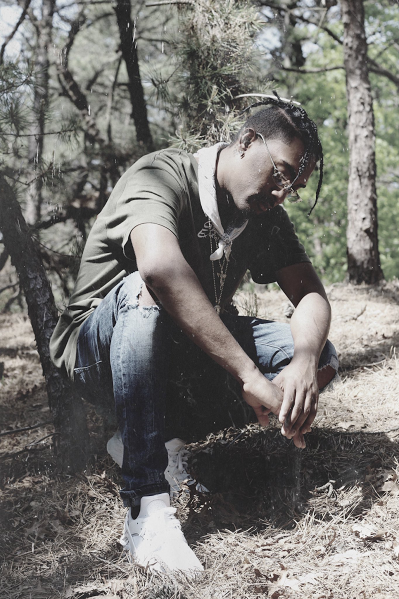 KH: What makes you different from anyone else in the music industry?

DR: I’m a mix between ambient progression and nostalgic melodies. Basically its mood and tone, music has its patterns and its upbeats. Music is very therapeutic thing, it really serenades the ear lobes and I feel like I set that tone.

KH: At what point did you start producing your own music ?

DR: Immediately, I dabbled in a little bit and I stopped. I got into going online and getting beats because it became a legality problem. I had to learn to put my voice into these instruments. I came across FL, scanning the market and the tools, implanting your idea and getting it out.

KH: Other than yourself, who do you think is the best artist/producer in the game right now?

DR: Definitely The Dream; I started listening to hip-hop very late. West Indian parents were very strict. I listened to a lot of reggae and dance hall music. In high school I started listening to the dream and I realized he had like 4 number 1 hits and his own music. He’s written for countless artists such as Kanye west. He’s very hands on and he has visions for every individual. Its very monumental and very large. He’s kind of making his own industry within the industry.

KH: What do you think about the XXL Freshman Class and could you ever see yourself on the cover?

DR: Off rip its real, that’s what it is. This is now. People don’t like this and that and this is what people are listening to, this is what is now.  I could definitely see myself on the cover.

KH: If could sign to any label as we speak, who would it be?

DR: I would only have two options. It would be between signing with Noah Shebib and Wiz Khalifa. I like my ambiance, ever since day 1. I got into pop and I got into techno music. The ambiance is what moves me, I really got in tune with that. They understand sonics and breaking the rules. It’s a science. I relate with it so much, they’re masterminds. Wiz because the vibe is so organic, so natural. Everything is so self-made and the energy is so sufficient besides the music. I would feel so secure with my music in his hands. It’s like a real family, everyone is in it for the experience and they do it to their fullest ability.

KH: What was your main inspiration behind Bout It in Take 5?

DR: Relationship with a female of mine that I had. It was more of this person was so much of a release to me. We would go and take a break from society, this person would make you forget. The body of work just explains the series and situations I’ve been through with this woman.

KH: (In reference to Malani’s interlude) Who is Malani ?

DR: I got home, and wanted to make a song about a girl. Immediately I got to my insta TL and she popped up. I knew her personally from back in the day and I decided to make this song from our relationship. It’s just based off of the chemistry that me and her had at the time. 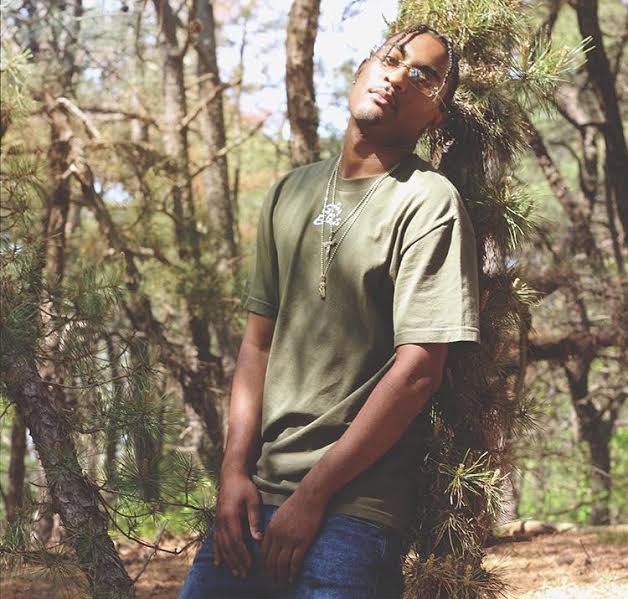 KH: What is the most important thing for an artist to remember?

DR: To always have positive a vibe. To always be true and genuine with oneself. Any kind of artists is an expression and you don’t want to disturb your creativity. Any artists should be on promoting positivity and love and sharing.  Every artists should be at peace with themselves.  We deal with the world very different. You want to make sure the music is making you as peaceful with the music as you are with the wealth and fame. They say the more money more problems, you have remember what you’re doing it for.

KH: If you could play one song to put people onto yourself, what would it be?

DR: ARTY; sonically that’s where I’m at. In case of sounds and tones and textures. That’s the closest expression to my current state right now, growing as an artist. I was listening to Post Malone, his sound and loving every harmonic resonance. It sounds very different and it has an openness that I really enjoy, it makes you feel like you’re floating and gliding on clouds. When I got in the booth I made sure I said everything perfectly. I got in there and pressed record and that was it.

KH: What are you getting into this summer?

DR: Panning and preparations for the following seasons. I do understand that this is industry and a market. We’re going to finish the summer off with releases in my collective group. There are about 4 of us as well as designers and videographers that just produces each other’s music. We’re all hands on, it makes the sound. ‘The Sands’; we knew each other from high school and a couple of other individuals who are friends, we all vibe out and we all come together to make great music you can vibe.

KH: How has the evolution of R&B influenced your sound?

DR: Tremendously. Because of tech there’s so many things we could do now. It creates some sub genres within itself. There’s a different way to make things. R&B is melodies and harmonies. It influences a lot. I do it all off of FL.

KH: If you were around in the 90s, which 90s era vocalist would resemble your sound?

DR: I know this may sound strange, but if I have to say 90s vocalist, it would have to be Missy. So much variety, it’s open so much. She still gives you that depiction melodically and visually. The big jumbo suit and all, the video. She wrote for Aaliyah, my favorite collab of all time was her and Timbaland with Aaliyah. It makes a difference to capture a point in time.

One thing I want to say to the fans: I want to say I appreciate every listen, every reader, everyone to the consumers. I know that you’re there, I know you exist and I promise to cater to you; visually, sonically, melodically, nostalgically, you will always be entertained. It’s always going to be something you’ve never heard or seen, every time.(Draii Rynell)