Next Up- R&B Singer, Model , and Social Media Influencer Teraj

With a soulful and intriguing sound , Teraj is redefining R&B with his upcoming album DEFY which he co- produced. He’s made a name for himself in the modeling, acting , and real estate world with some popular names such as Hermes and YSL to name a few.

Furthermore , he’s also been featured on bravo’s hit show “Million Dollar Listing New York”. His first single “We Got Each Other” converges elements of pop and R&B to make a masterpiece .

He’s the epitome of somebody that is multi faceted and talented at Anything he touches and pursues . Check out his single which is available on Tidal, iTunes, and Spotify.

Breanna: When did you first start getting into the creative fields such as acting, modelling, and music?

Teraj: I’ve been involved in the arts ever since I was a kid. I grew up acting, dancing, drawing and painting. A lot of my acting was through my home church, Antioch of Liberty City, and the Florida East Coast Congress of Christian Education. I often landed the leading role in plays and theatrical performances hosted by the Congress’ annual summer show, which is a large scale production. It’s funny remembering that my church family would always say that I was a young Denzel.

It wasn’t until the latter half of high school that I started to show my talent as a singer. Instead of auditioning as an actor for a leading role, I decided that I would finally take a shot at singing live on stage and I landed an opportunity to sing in honor of Grammy Award recipient, Oliver Wells. It was such a surreal experience because the moment that I opened my mouth to sing, I felt an instant transformation as if I found my purpose. At the end of that performance I received a standing ovation from a few thousand attendees, it was insane! From that moment forward, I knew that singing was what I wanted to do for the rest of my life.

After I went off to college at Cornell, I joined the a cappella group, The Class Notes. Being in that group helped build a bit of vocal muscle and allowed for countless live performances as a soloist. I eventually started writing and recording my own music while in the group. I, then, built up an online fan base and began to have my own shows, which led to securing a residency at the Iguana Lounge in midtown Manhattan.

Breanna: You’re also involved in real estate. How do you keep a healthy balance between all professions?

Teraj: Time management is crucial. I was first discovered as a model before moving full-time to NYC. During my first year, I booked about 1-2 gigs a week. That resulted in a lot of downtime, so I decided to get into real estate and capitalize off of the extra time. It all began to tie together nicely in some way or the other, with my real estate career landing me on television with appearances on Million Dollar Listing New York. Now that music is full-time, I’ve scaled back a bit with both real estate and modeling. 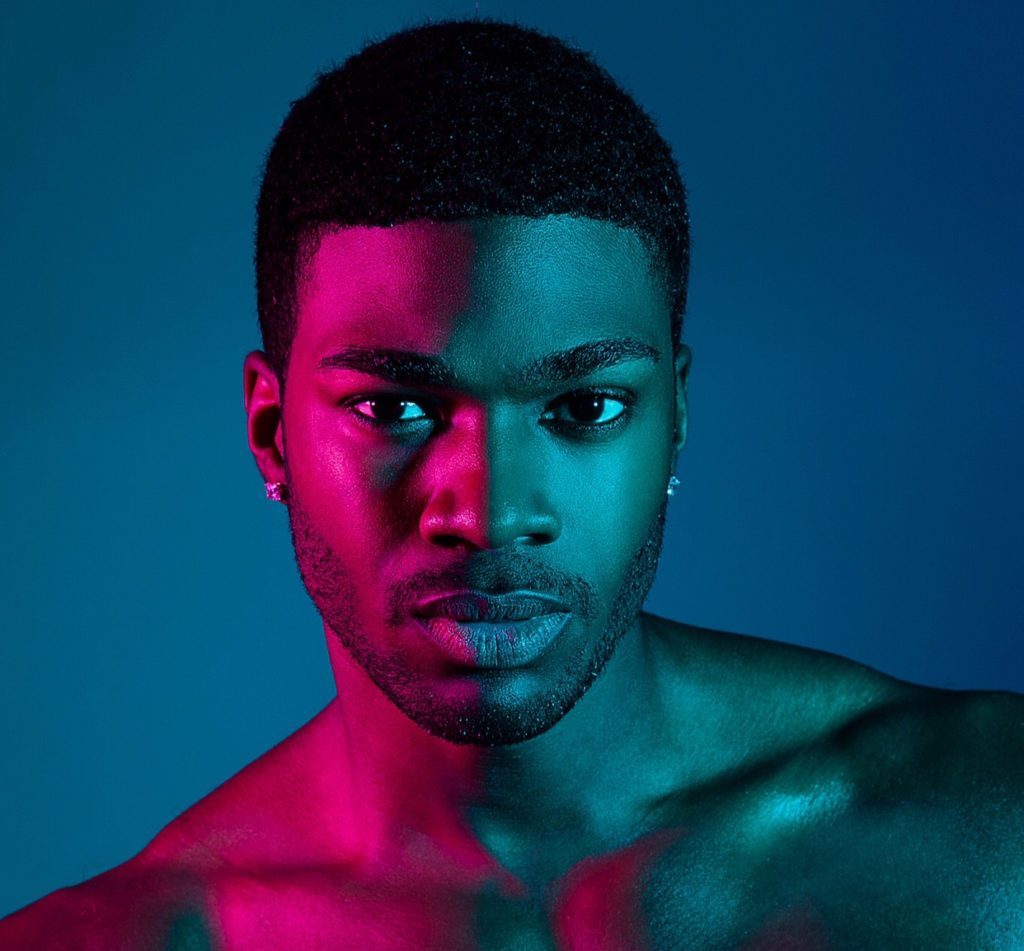 Breanna: What was the premise behind your newest single “We Got Each Other” and your upcoming album DEFY?

Teraj:“We Got Each Other” is essentially my love letter to my day 1’s, my supporters and fans that encouraged me to never give up on pursuing my dreams of becoming a singer and entertainer. They are my En’Teraj.

One of the things that I’ve learned professionally over the last few years is that I can’t do everything on my own. I’m eternally grateful to everyone that has supported me and contributed in some capacity toward the launch of my music career. “We Got Each Other” is about being there for one another no matter what, building each other up, and the power of strength in numbers. It’s a love song in the general sense, but it’s also a message about community and never giving up on your dreams and goals, whatever they may be. I want it to be a movement.

I chose to name my debut album “DEFY” because it captures the spirit of fighting to beat the odds. The concept behind the album is very personal to me. Growing up in the inner city of Miami, I constantly had to overcome obstacles, not succumb to the word “no”,  ignore those that said I’d be trapped within the cycle of adversity, confined in poverty, and that I’d never become anyone that is worth anything. I want to send out a message to all who are growing up or have grown up in similar conditions to know that you can get out, make it in life, do incredible things and make a difference in the world.

Breanna: What goes into  your songwriting process ?

Teraj: A lot of my songs write themselves in my dreams. I wake up with lyrics, melodies, and instrumentation all conceptualized and written within a dream. Most times, I have to quickly pull out my phone and record all that I can remember or go straight to my microphone in my home studio and lay it all out vocally. Otherwise, it’s lost forever. It’s a really interesting process because it makes me feel like a vessel from which music comes through.

Other times, it’s more of an organic process. I’ll start with a melody and then my life experiences will do the rest; giving loads of inspiration for the lyrical content and emotional interpretation.

Breanna: You’re originally from Miami, how do you feel where you grew up has influenced your craft?

Teraj: Miami is a lively and vibrant city with so much art and culture and it’s finally getting the recognition it deserves! I was always surrounded by inspiration. My upbringing in such a city of social extremes definitely had a major impact in molding my artistic expression. Opportunity wasn’t bountiful while growing up, so when it comes to my craft, I do my best to stay prepared and push myself to give 150%, always.

Breanna:Who are some of your idols that have stimulated your artistry ?

Teraj: Whitney Houston, Michael Jackson and Luther Vandross. Their talent was incomparable. They made music with powerful messages and were always able to dig deep within themselves and touch the hearts of generations. I’d be content if I can bring a fraction of what they had into my music.

Breanna: How would you describe your sound?

Teraj:I like to call it Electro-Pop R&B, it’s a fusion of Pop, R&B and elements of electro and hip-hop. My sound is contemporary but it’s grounded with soulful vocals. I’m inspired by the greats so I do my best to make sure the vocals are always on point.

Breanna: Do you think there are major misconceptions about artistry. If so, how would you try to dismiss them?

Teraj:Artistry in music, to a large extent, is overpowered by glitz and glamour. The long hours, blood, sweat and tears that go into making music, the production process, all of the players involved in one’s music career and in building a successful brand are all seldom spoken about. There’s so much more than what media shows. It’s all about the hustle and collaboration. It would be dope to show more of a day in the life and the amount of incredible talent and work ethic behind the scenes.

Breanna: How would you define art? What does it mean to you?

Teraj: Art to me was always a means of expression to voice a lot of personal issues and speak about things I otherwise wouldn’t be able to fully and successfully convey. Coming of age, art instilled a strong sense of communication especially when conversation was not effective or words would go unheard. It’s a source of courage and strength, a vehicle to raise awareness and build solidarity in the community and beyond. It can be honed as power to create change especially when social and financial status limit access and reach.

Breanna: What is a piece of advice you would give to somebody who wants to pursue creative artistry or business?

Teraj: Master your craft and chase your dreams with fervor. Never underestimate your capabilities, there’s absolutely no limit to what you can do. You’ll surprise yourself with how far you’ll go as a result of hard work and persistence.

Check out Teraj’s latest single below